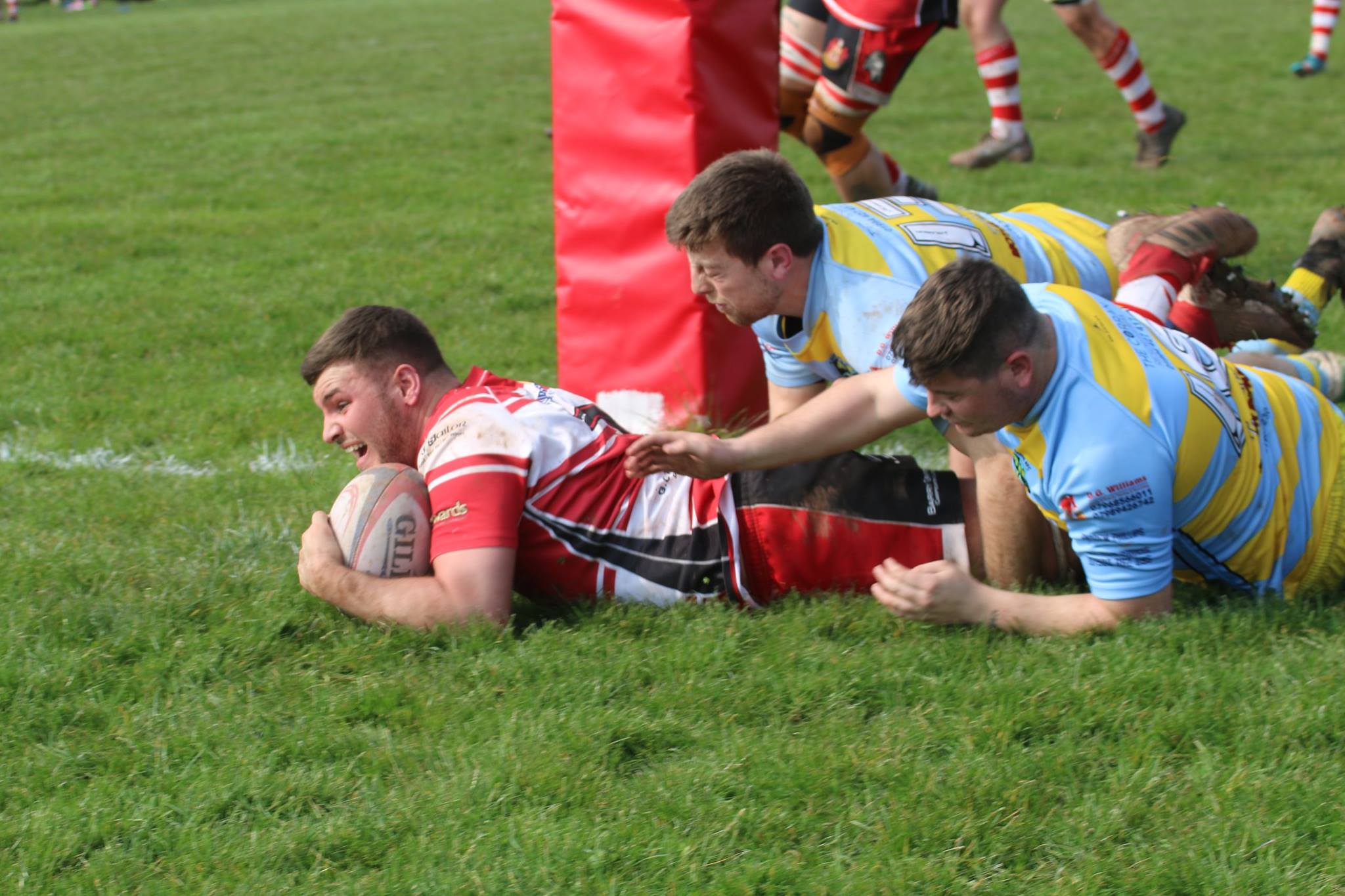 MILFORD Haven continued their push for the League 3 West A title on Saturday (Apr 6), as they beat Laugharne 25-19 in an exciting game.

However, it was very nearly a different result had it not been judged that Laugharne’s Mikey Williams had just gone into touch before passing to Steff Davies to score what would have been a last-gasp try.

The home side didn’t have things all their own way either as Tom Jameson scored a try early on to give the visitors the lead. Milford responded well and levelled the score at 5-5 when Ryan Mansell went over for the first of his three tries.

Laugharne then took the lead again as Davies sent a penalty through the posts to give his side a 5-8 lead at the break.

Milford were a different team in the second half as they soon took the lead when Mansell touched down to score his second try.

Craig Thomas was next to go over for another unconverted try to give the Mariners a 15-8 lead.

McClelland then added a penalty before Davies added two of his own for Laugharne taking the score to 18-14.

With time running out the Mariners scored their fourth try of the game to earn a bonus point as Mansell completed his hat trick. McClelland added the extras to make it 25-14.

Laugharne were down but not out as Carl Smith went over for a try to bring the score back to 25-19. Then with almost the last play of the game Mikey Williams passed to Steff Davies who looked certain to score, only for play to be pulled back for a foot in touch.

It meant Milford breathed a huge sigh of relief as they held on for the win which takes them thirteen points clear of Aberaeron.

It is the second placed side who Milford visit in their next game on Saturday (Apr 13), in what is likely to be a title decider.

Aberaeron still have two games in hand on the Mariners and a win for them could move them to within nine points of the leaders.