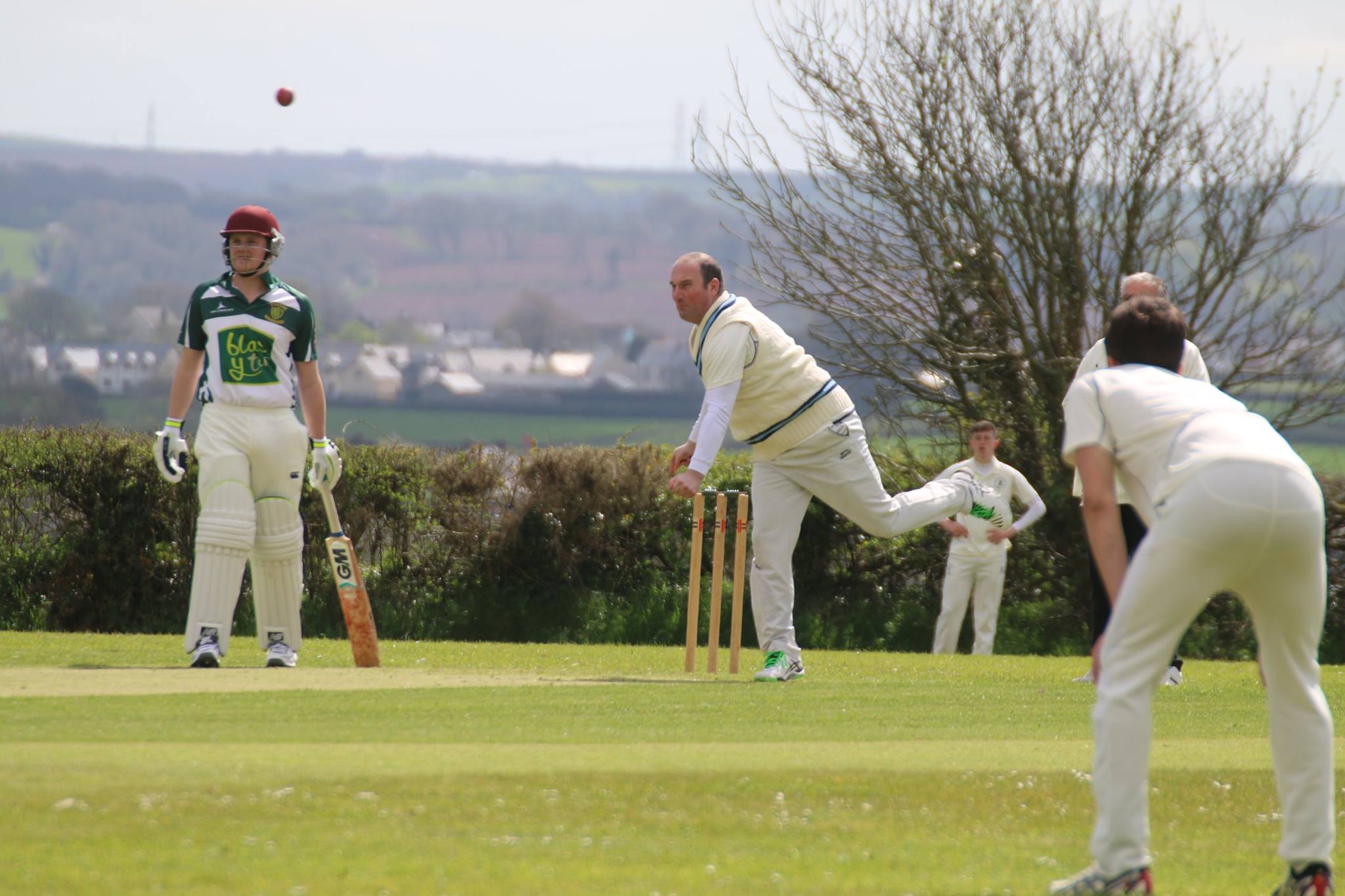 A THIRD century in four games from Simon Holliday helped Haverfordwest to victory on Saturday (May 18), as they beat Saundersfoot by 134 runs.

Haverfordwest won the toss and batted first in Saundersfoot and they made an impressive total of 287-6 from their 45 overs.

They made a great start to their innings as Holliday and Mike Jones shared 108 runs for the first wicket.

Jones hit nine fours and a six as he scored 53 but Nicky Cope then claimed his wicket as he hit the ball into the hands of Neil Powling.

A partnership of fifty followed between Holliday and Lee Summons but the latter was then bowled by Cope on a score of 21.

Holliday had hit nine fours and seven sixes as he smashed his way to a century from 96 balls but he was then caught by John Mansbridge off the bowling of Powling.

Saundersfoot then took two more wickets as Powling bowled Ben Field for a duck and he then took the catch to take the wicket of Danny Potter (12) giving Cope his third wicket.

That left Town on 194-5 but Jake Merry and Adam James were in no mood to sit around.

They continued to find runs as James hit three fours and two sixes in a knock of 35 from 17 balls before being caught by Tom Mansbridge off the bowling of Sam Franklin.

Merry continued and finished not out on 38 after four fours and a six.

That set Saundersfoot 288 to win but after a steady start they lost three quick wickets.

John and Tom Mansbridge opened the batting with 27 runs but John was then caught by Jake Merry off the bowling of Adam James on a score of 14.

Sam Franklin was then out for a duck when he was caught by Huw Scriven off the bowling of Evan Watts and he then claimed his second wicket as he had Tom Mansbridge caught by Lee Summons on a score of 16.

That left the home side on 42-3 but Nicky Cope and Paul Mansbridge shared 37 runs for the fourth wicket.

Paul played a supporting role as he scored five before being bowled by Clive Tucker.

Cope then shared another 45 runs with Yannic Parker but Holliday then made the breakthrough as he caught and bowled Parker on a score of 7.

Cope had batted well for his score of 83 from 58 balls, hitting seven fours and seven sixes, but he was then also caught and bowled by Holliday.

That left Saundersfoot on 140-6 and wickets continued to fall. Neil Powling was bowled by Adam James as was Lewis Catt and Matt O’Neill was then stumped by Huw Scriven off the bowling of Holliday.

Holliday then claimed his fourth wicket to finish with figures of 4-48 as he bowled Tarran Richards.

That left Danny Brace not out on 15 but it was a day to remember for Holliday and co.

On Saturday (May 25), Haverfordwest are at home to Tish while Saundersfoot are away to leaders Neyland.