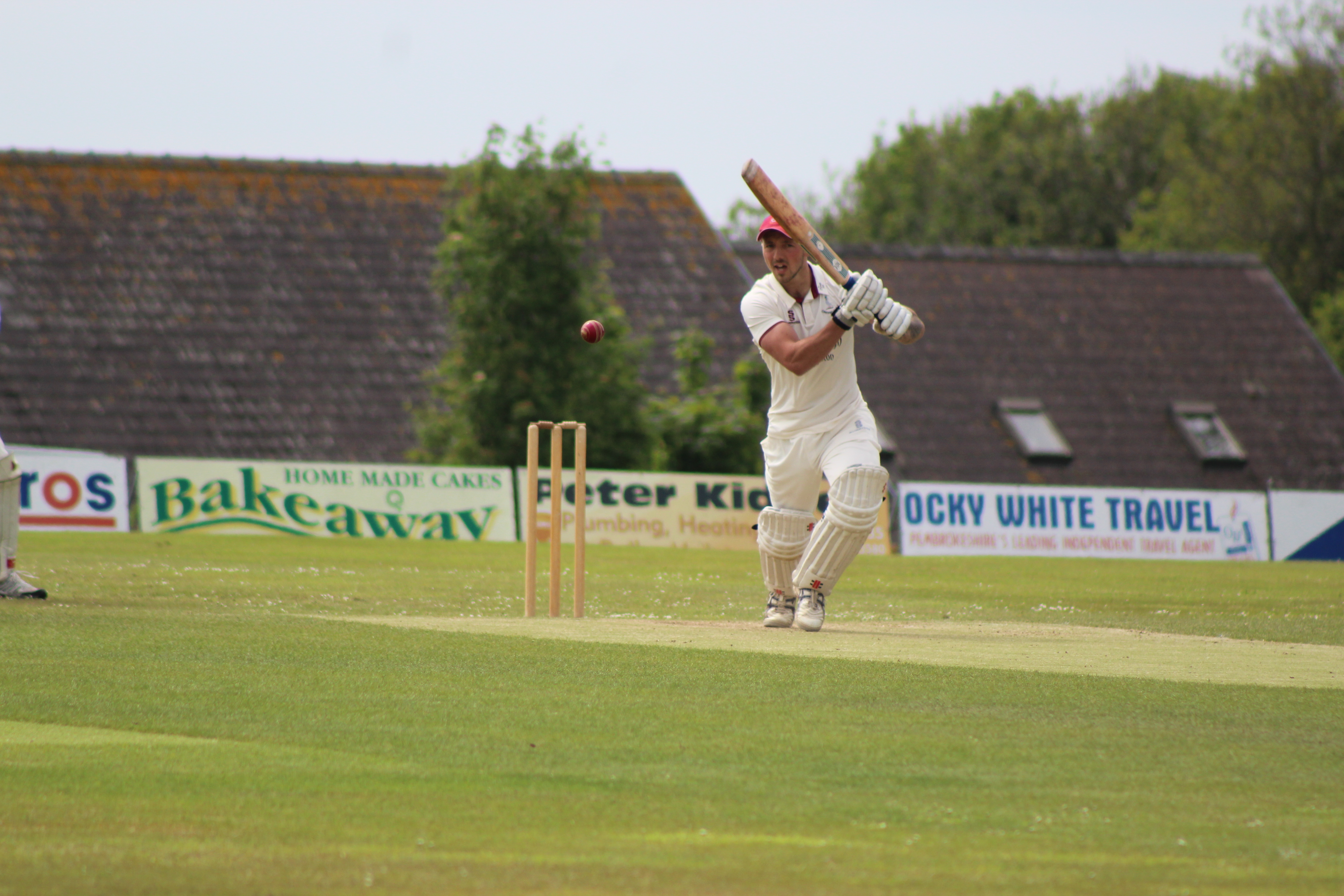 CRESSELLY’s Iwan Izzard just missed out on a century while Ryan and Josh Lewis took six wickets between them on Saturday (May 18) as they helped their side to victory over St Ishmaels.

Tish elected to field after winning the toss and they took an early wicket as Dan Sutton was caught by Harry Nicholas off the bowling of Jordan Milich.

Phil Williams and Simon Cole shared 47 runs for the second wicket before Cole was trapped leg before by Milich.

Another good stand followed as Williams and Iwan Izzard took Cresselly past 100 runs. They were then reduced to 136-3 as Williams, who hit seven fours in his knock of 62, was caught by Phil Cockburn off the bowling of Andrew Pawlett.

Andrew Williams then bowled Alex Bayley and soon after, Pawlett trapped Matthew Morgan leg before to reduce the visitors to 160-5.

At this point, Izzard and Ryan Lewis took over for Cresselly as they smashed 89 runs for the sixth wicket.

Lewis hit five fours and three sixes in his knock of 48 from 25 balls but he was then bowled by Andrew Williams.

Izzard had also batted well as he hit four fours and six sixes in a score of 91 from 88 balls. He was also bowled by Williams as Cresselly finished on a good total of 265-7.

Peter Bradshaw fell early in Tish’s reply as he was caught by Simon Cole off the bowling of Sam Harts.

Harry Nicholas was then run out by Josh Lewis as Tish slipped to 21-2.

Daniel Howells and Phil Cockburn then shared 52 runs for the third wicket as they went in search of victory.

Howells hit four fours and two sixes as he scored 38 but he was then caught by Cole off the bowling of Josh Lewis.

Cockburn made 21 but he was then caught by Alex Bayley off the bowling of Ryan Lewis.

Jack Nicholas scored 11 but was then caught by Dan Sutton off the bowling of Josh Lewis leaving Tish on 100-5.

That soon became six as Josh bowled Dan Richards. Brennan Devonald made 15 but he was then bowled by Ryan Lewis.

Andrew Pawlett offered some resistance as he hit three sixes in a score of 25 but he was then bowled by Josh Lewis.

Iwan Izzard trapped Andrew Williams leg before and then wrapped up the innings as he ran out Jordan Milich.

That meant Tish were all out for 152, giving Cresselly their second win of the season.

On Saturday (May 25), Cresselly are at home to Llangwm while Tish are away to Haverfordwest.

Neyland back on top