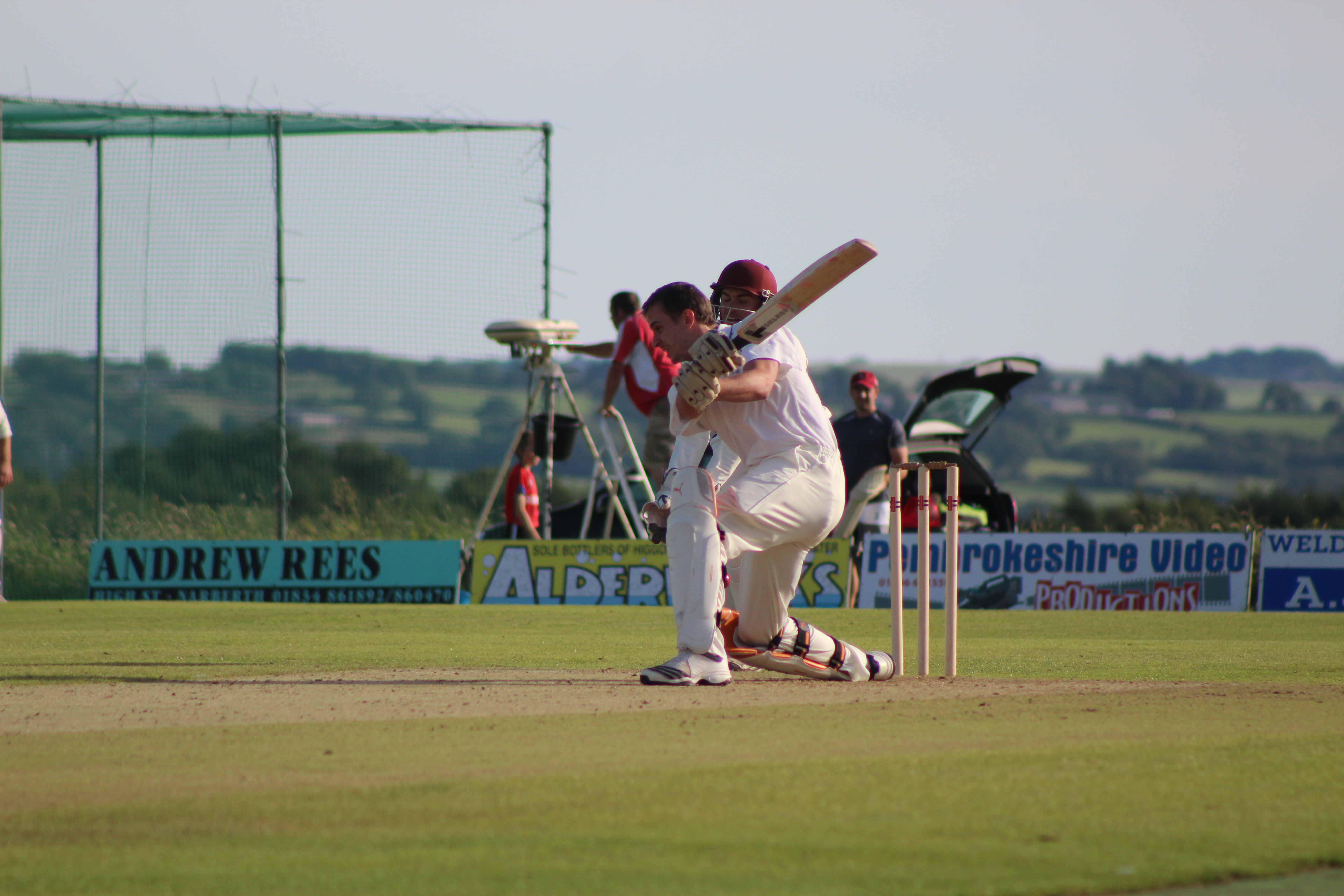 WHITLAND’s Jonathan Thomas took three wickets and then finished unbeaten to help his side to victory against Carew on Saturday (May 25).

The home side won the toss and elected to field and that looked to be a good decision as they bowled Carew out for 168.

Barry Evans and Tom Davies shared 28 runs for the first wicket but Geraint Jones made the breakthrough as he bowled Evans.

Nick Scourfield was then caught by Jamie Thomas off the bowling of Matthew Davies.

Davies and Rhys Davies then shared another 34 runs for the third wicket but Rhys was then caught by Adam Davies off the bowling of Wayne Howells on a score of 18.

Luke Hicks was then bowled by Thomas and he then had Max Brindley caught by Martin Thomas.

Thomas then claimed his third wicket as he caught and bowled Nick Davies leaving Carew struggling on 91-6.

Tom Davies then reached his half century as Carew made it into three figures but they then lost James Hinchcliffe to the bowling of Wayne Howells.

Ceri Brace was then bowled by Greg Sleep as Carew slipped to 124-8.

Tom Davies and Tom Scourfield then shared 44 runs for the ninth wicket as Davies reached an excellent century.

He hit nine fours and three sixes as he went on to finish not out on 102.

Scourfield was run out and Matthew Davies bowled Carl Thomas to bring the innings to a close.

Paul and Adam Davies got Whitland off to a good start in their reply with 31 runs for the first wicket.

Ceri Brace brought that partnership to an end as he bowled Adam Davies and soon after, Geraint Jones was caught by Luke Hicks off the bowling of Tom Davies.

Paul Davies and Jonathan Thomas then shared 60 runs for the third wicket as the game began to tip in Whitland’s favour.

Davies hit eight fours as he scored 43 but he was then stumped by Tom Scourfield off the bowling of Brace.

Thomas was joined in the middle by Matthew Davies and the pair were untroubled as they guided Whitland to victory.

Davies finished not out on 20 while Thomas hit nine fours and two sixes to finish not out on 60.

Whitland picked up 30 points for the win while defeat for Carew sees them pick up five points and slip to fifth in the table.

On Saturday (Jun 1), Whitland are away to Saundersfoot while Carew are away at St Ishmaels.