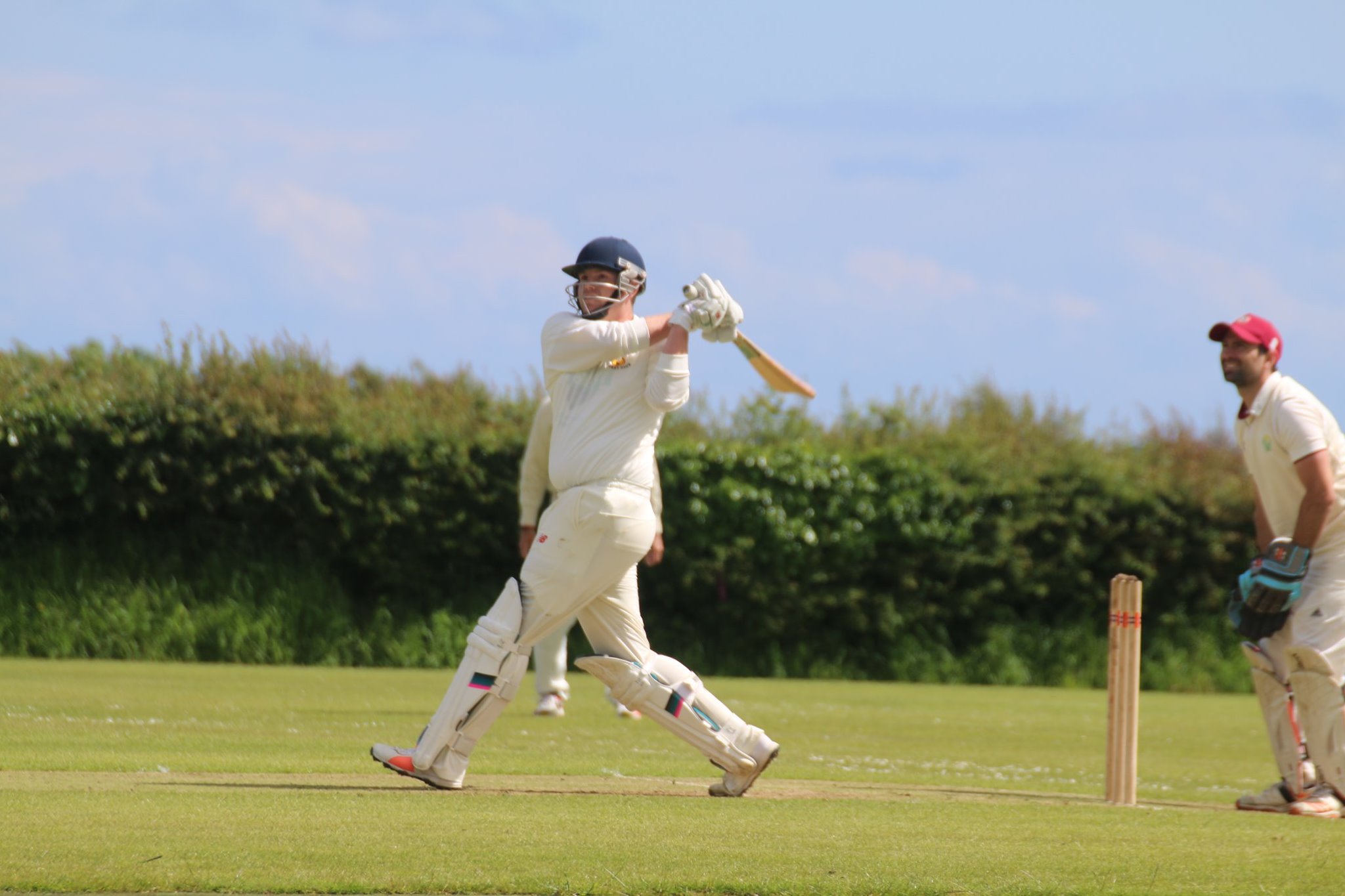 CRESSELLY fell just two runs short of victory on Saturday (Jun 15) as their game with rivals Carew ended in a draw.

Carew scored 219-6 in their innings with Nick Scourfield and Tom Davies in good form but it looked as if Cresselly were going to knock off the runs needed.

However, with all results possible with two balls to go, Cresselly fell just two runs short of victory on 218-8, meaning the game would finish all square.

Davies and Scourfield got the visitors off to a good start with an opening stand worth 147 runs.

Matthew Lewis made the breakthrough for the home side as he had Scourfield caught on 72 by Iwan Izzard who made a stunning catch on the boundary.

Scourfield and Shaun Whitfield continued to put runs on the board with another good stand worth 59 runs.

Tom Murphy brought that to an end when he had Whitfield caught by Scott Arthur after a good knock of 38.

Murphy struck again soon after as he had Davies caught by Dan Sutton on a score of 82 that included four fours and three sixes.

Tim Hicks did not last long in the middle as he was caught by Simon Cole off the bowling of Murphy.

Nick Davies was next to go as he was caught by Sam Harts off the bowling of Cole and Ian Sefton was then run out.

It saw Carew limp to their total which could have been smaller had it not been for a few dropped catches.

Murphy was the pick of the bowlers for Cresselly with figures of 3-32.

Cresselly lost opener Neil Williams early in their reply as he was bowled by Shaun Whitfield but Dan Sutton and Simon Cole shared a stand of 46 runs for the second wicket.

Sutton hit four fours and a six as he scored 31 but he was then trapped leg before by Tom Davies.

Cole and Iwan Izzard then shared another good stand worth 99 runs which looked to have set Cresselly up for the win. But, Whitfield struck again as he had Izzard, who had scored 43, caught to leave Cresselly on 168-3.

He wasn’t done there as he then bowled Cole on a score of 74.

Davies then took over as he trapped Scott Arthur leg before for a duck as the home side quickly found themselves 168-5.

Soon after he had Ryan Lewis caught by Nick Davies and when Neilson Cole was caught off the bowling of Tom Davies Cresselly were 181-7.

Tom Murphy and Matthew Lewis steadied the ship with a stand of 33 which took them to within touching distance of victory.

Murphy had scored 32 but Ian Hicks had him caught to leave Cresselly on 214-8.

Lewis could only add four runs to his score as they finished two runs short of victory.