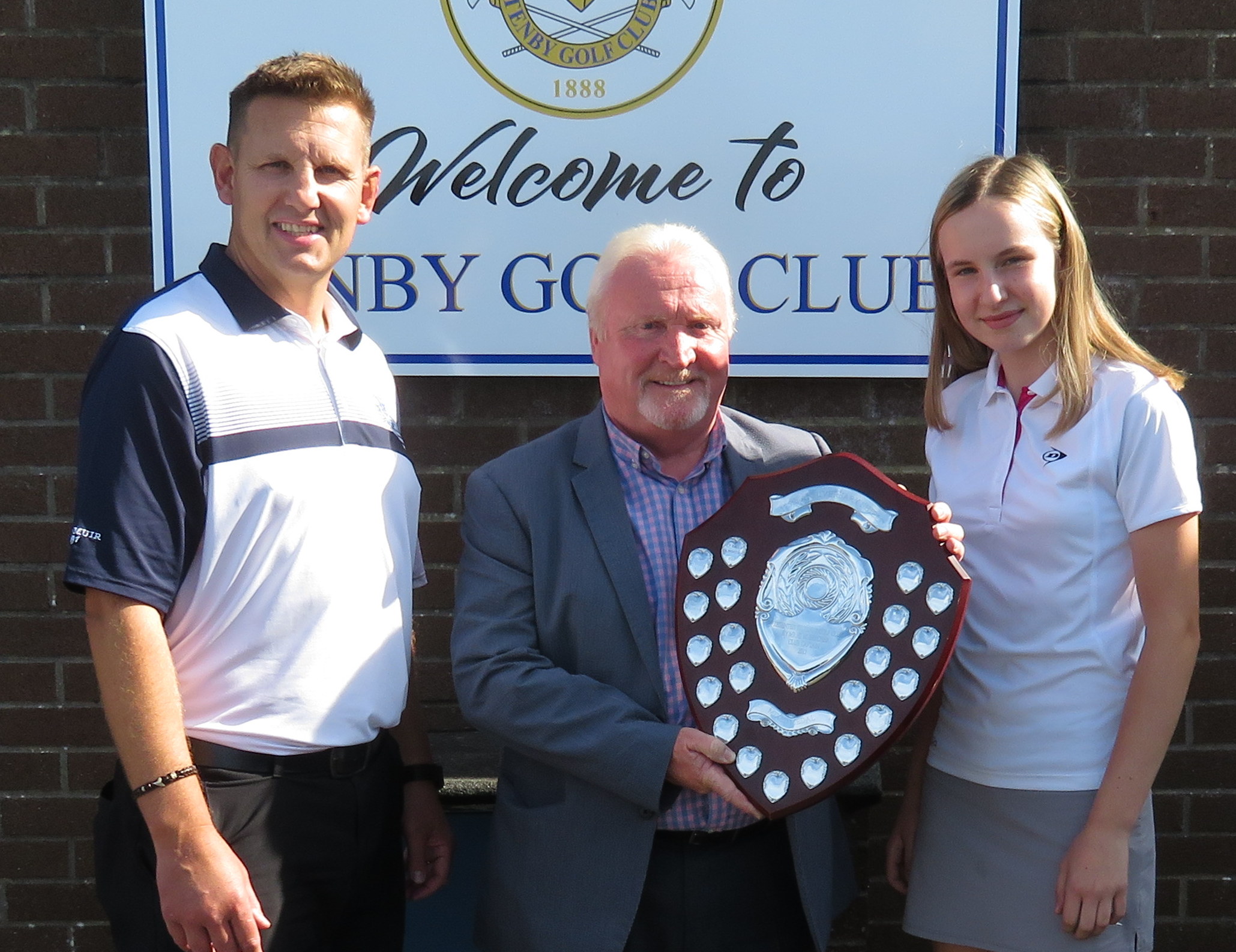 TENBY Golf Club has now been affiliated for 131 years – the oldest in Wales – and six years ago the then Captain, Chris Beecher, introduced the 125 Anniversary Shield to our Mixed calendar.

A tough format of Greensomes Medal, but the weather could not have been better, and the course, after a lot of hard work by our green staff, was playing beautifully.

Numbers were down on previous years with the Hamilton Cup players returning from Biarritz this week, and the men off to Ireland tomorrow, but there was still a high standard of play, with some very good scores in the winnings.

First the Bag Draw, where pairs can win back their entry fee. Three pairs were lucky, drawn by Chris Beecher’s wife Carol: Maura Davitt and Keith Hubbard, Maria Smith and Adrian Palmer, and Laura McQueen and David Morgan. Then the twos today, there were only three. Pam and Steve Cole had a nearly hole in one on the 6th, Angie Gottwaltz and Roger Schooling had one on the difficult 12th, and Heather Morgan and Mervyn Tucker had one on the 17th.

So to the trophy. In third place with 90-15.2-74.8 were Gill John and Neil Moffatt; in second place with 86 – 14.0 – 72 were Pam and Steve Cole; in first place and winners of the magnificent Anniversary Shield were Club Captain Nick Allen and his daughter Nel, 87 – 17.0 – 70. Chris presented the prizes and both he and Nick thanked the organisers, and Nick praised the diligent work that has been done on the course to restore it to championship quality.

Finally thanks must go to Matt in the Pro Shop, Lee and his staff in the bar, and Laura in the office. Our next event is the Christmas Charity Mixed which is a fun event on Sunday, December 29, when members may invite a non-member to play with them. All money raised goes to the two new Captains’ charities to kick-start their year.

Vikings too strong for Wizards