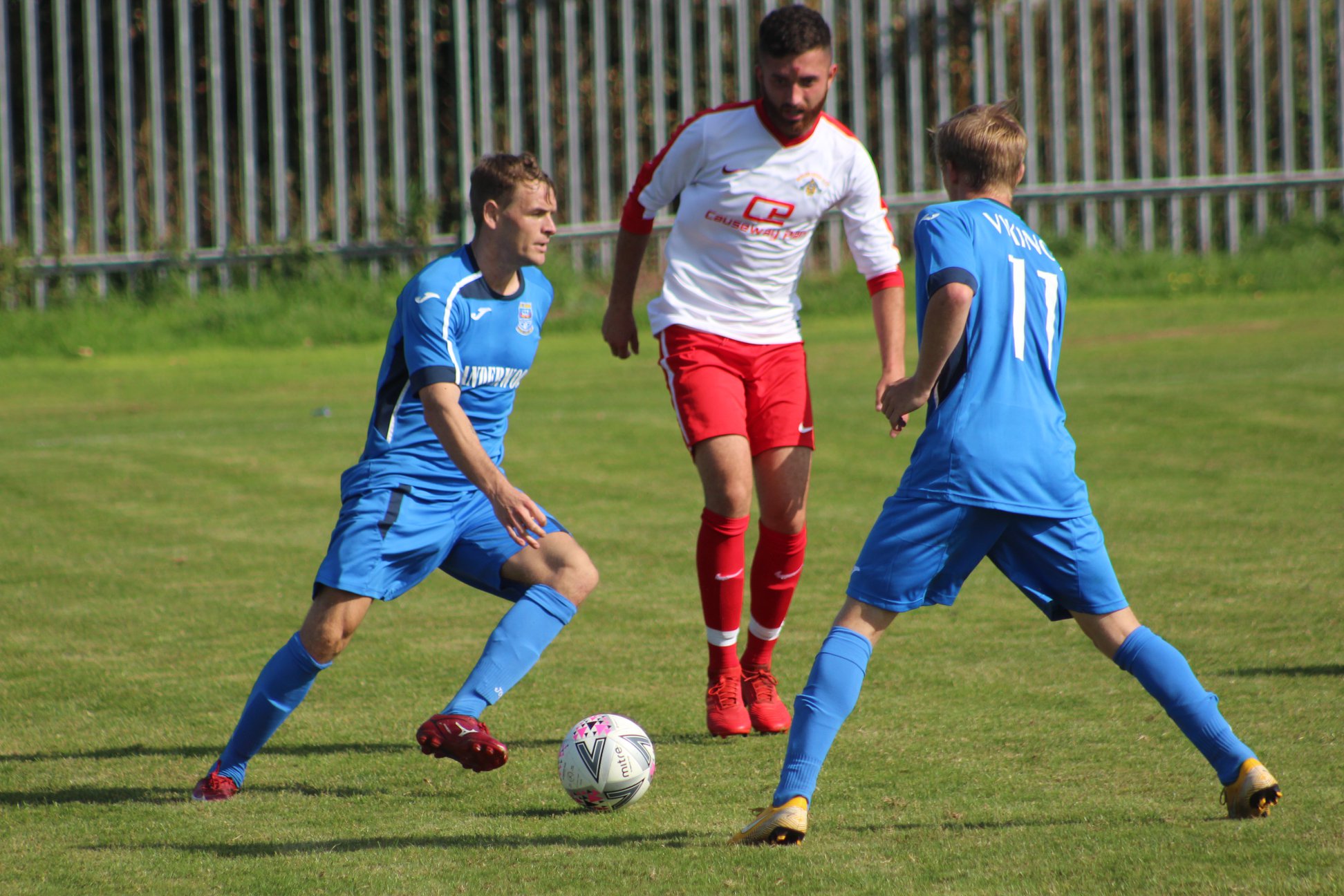 HAKIN United secured victory over rivals Merlins Bridge on Saturday (Sept 14) as they won by three goals to one at the Obs.

The Vikings began the game well and went ahead when Justin Harding scored after being played in by Nicky Woodrow.

Woodrow again provided the assist as he set up Adam John to double the home side’s lead.

Adam Hawkins pulled a goal back for the Wizards to keep them in the game with the Vikings holding on to their 2-1 lead until half time.

In the second half, Woodrow completed a hat trick of assists as Shane Walsh scored the home side’s third goal of the game.

Woodrow came close to scoring after he latched on to a forward ball but his shot was pushed wide by the Wizards’ keeper. Hakin then saw a free kick blocked wide and even a momentary respite when a dog ran on to the pitch failed to help the Wizards.

The visitors twice had free kicks in good positions but both went straight to the arms of the Hakin keeper.

Woodrow then brilliantly controlled a high ball on the bounce before shooting low towards goal but his shot was again saved.

With time running out, Cameron Thomas ran into the box but was upended leaving the referee with no choice but to point to the spot.

With Woodrow having been subbed moments earlier, it was left to Leon Luby to take the penalty but he saw his effort saved before John sent the rebound wide.

The Vikings saw the game out and they are now one of four teams with a 100% record from their opening two games.

The Wizards are also in Senior Cup action as the holders travel to Camrose. Both games kick off at 1:45pm.