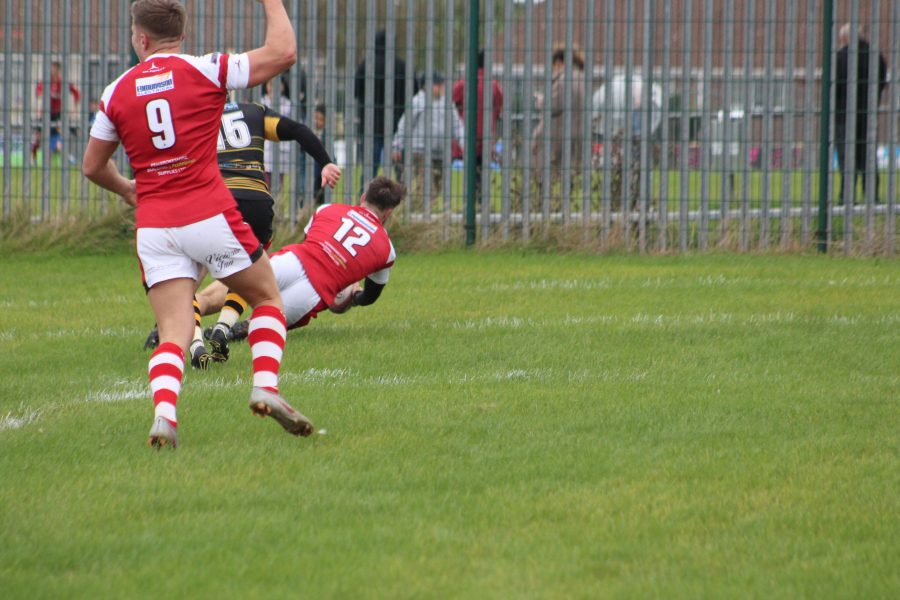 MILFORD Haven held off a spirited fightback from Kidwelly on Saturday (Sept 28) as they earned a bonus point win.

The Mariners led 24-5 at the break and after increasing their lead early in the second Kidwelly hit back to within ten points of their opponents.

However, the home side saw the game out with their sixth try to seal the win.

Lee Riley was the first to go over for the Mariners and James Trueman added the extras for a 7-0 lead.

Dan Jenkins then got his name on the score sheet and Trueman again converted to double Milford’s advantage.

Trueman then added a penalty and the home side kept the pressure to score their third try of the match. George Evans passed to Gareth Cheshire who was tackled but still managed to get the offload to Dan Birch who touched the ball down.

Trueman added the conversion to make it 24-0 but Kidwelly hit back before half time.

After some good play they worked the ball out to the right where James Owens picked the ball up and dived over to touch the ball down despite the best efforts of Dan Jenkins.

Kidwelly thought they had converted but the ball just went over the angle of the post and the score remained at 24-5.

Early in the second half the Mariners got the bonus point they were looking for when Jenkins grabbed his second try of the game.

Riley then claimed his second and Trueman added the extras to extend Milford’s lead to 36-5.

Kidwelly then hit back when Rhydian Davies scored a try and then also added the extras.

They then had Jonathan Williams sent off for a dangerous tackle but despite that they scored their third try when Alan Squire went over. Davies added the extras to bring the score to 36-19. Sam Davies then sealed a bonus point for the Carmarthenshire side with their fourth try and Davies converted to bring his side within ten points.

Milford made sure of the win however as Ryan Mansell dived over late on and although the conversion was missed the home side had done enough.

On Saturday (Oct 5), Milford are at home again as they take on Tycroes. Kidwelly will look to bounce back when they take on Carmarthen Athletic.

Quins power past Wasps in second half