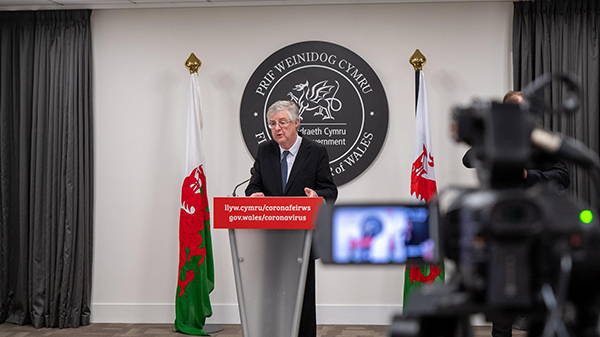 WELSH Ministers have this week announced a funding boost of more than £260 million for local councils in Wales to provide them with the certainty they need to plan for the remainder of the year.
It will help cover increased costs, manage loss of income pressures, and will fund additional cleaning requirements for schools in response to the coronavirus crisis.
With the real possibility of further peaks during the autumn and winter months this investment will provide local authorities with the confidence to prepare their budgets for a potential second wave. The funds will be allocated on a claims basis.

Minister for Housing and Local Government Julie James said: “Our local authorities have done a fantastic job of rising to the challenges of Covid-19, but we recognise the financial impact this has had on them.
We have been working closely with the Welsh Local Government Association (WLGA) and local authority leaders to understand the pressures and challenges they are facing, and the support needed to continue delivering good quality, integrated public services to communities across Wales.”
Finance Minister Rebecca Evans added: “Local councils have been at the heart of our response to Covid-19. This new package of financial support recognises the scale of the unprecedented challenges being faced by authorities across Wales and provides them with the certainty they need to continue to respond to the crisis and prepare for the rest of the financial year.”
Cllr Anthony Hunt, WLGA Finance and Resources told The Pembrokeshire Herald: “Councils, and the vital local services we provide, are at the forefront of tackling this pandemic and have been under extreme financial pressure. This funding guarantee will give them the confidence to plan with greater certainty for the remainder of the financial year.
I want to thank Welsh Government for working closely with local government on this funding package, and for taking the time to understand the pressures facing local services.

Reacting to the announcement this week (Aug 17) Shadow Minister for Local Government and Housing – Mark Isherwood MS – said: “According to the Welsh Government, this brings the total in the pot to stave off the worst effects of the pandemic to almost half a billion pounds.
“However, Welsh Conservatives’ analysis earlier in the year indicated that local authorities were likely to lose tens of millions of pounds revenue each month because of the outbreak, with deficits in Q1 and Q2 already totalling almost a third of a billion pounds* by the end of September.
“These losses of revenue could take generations to recover from, and we need to see just what the long-term plan is to prevent local authorities finding themselves in an even worse position.
“The Welsh Local Government Association’s (WLGA) own modelling suggests that that there is the potential for budget shortfalls depending on several complex and inter-linked factors, and so flexibility is more key now than ever.
“The Minister and her Party must be willing to consider all options to ensure that Councils can continue running their services.
“We Welsh Conservatives have already proposed capitalisation, which would allow for specified revenue expenditure to be viewed as capital expenditure, and so can be funded from capital resources such as borrowing, to provide financial flexibility to meet unexpected one-off costs.
“The WLGA has also pressed the Welsh Government to allow local authorities to borrow and invest in several significant capital programmes.
“By doing so, these actions would contribute to a wider economic stimulus package whilst simultaneously helping to improve performance and outcomes in relation to a range of other important shared policy objectives. The proposal totals £762m and would also help to ‘lock in’ and build upon positive, transformational changes already introduced to services in response to Covid-19.
“We cannot afford to let the effect of this virus damage local authorities’ ability to run as effectively and efficiently as they can.”

MARK DRAKEFORD, First Minister of Wales, will today (Friday) set out how Wales plans to move back to alert level zero – if the public health situation continues to improve.

As usual a trail of what will be announced tomorrow has been released stating a two-week plan will be detailed.

FM Mark Drakeford will set out the two-week plan to ease the alert level two restrictions which have been in place since Boxing Day.

The Welsh Government said it can “start removing the protections put in place in response to the omicron wave, thanks to the support of people across Wales and the successful booster campaign – more than 1.75m people have had the extra booster dose”.

Nightclubs will re-open, restrictions will begin lifting in a phased return and rules limiting outdoor activities will be lifted first, it is expected.

PEMBROKESHIRE COUNTY COUNCIL has unveiled its Diversity in Democracy programme.

The ambitious work, which has been agreed by the Welsh Local Government Association (WLGA), will ensure council chambers are more representative of their communities following local elections in May 2022.

This is an incredibly important step-change for Councils in committing to tasking themselves to reflect more closely the diverse communities they serve.

Leader of the Council, Cllr David Simpson said: “Pembrokeshire County Council commits to becoming a Diverse Council in 2022. This critical piece of work will provide a clear, public commitment to improving diversity.

“We will build on our current culture and showcase that we are open and welcoming to all. We have a great deal of work to do over the next five months and will be working with partners to engage and encourage people from under-represented groups to stand for election.”

It is also critical that the council supports candidates through what can sometimes be a complex and daunting process – and would urge all political parties to do more to make their selection processes as flexible as possible.

By making this commitment, Pembrokeshire County Council Officers will work together with Members promoting an inclusive, progressive organisation by developing an action plan to encourage recruitment of candidates from underrepresented groups.

Some community engagement events are planned for the New Year to raise awareness and understanding, for people interested in becoming a councillor.

Cllr Simpson added: “We have set ambitious targets for candidates from under-represented groups at the local elections – but with proactive engagement with local community groups and partner organisations we will work harder and go further to ensure we see real change. Diversity in democracy will be at the heart of the core values in this council.”

To help raise awareness and understanding of the council’s vision, Members have taken part in a social media campaign to highlight the work they do – and how they help make a difference to empower communities. Take a look at our social channels and check out the ‘become a councillor’ campaign.

A Mentoring group has been set up to speak to candidates thinking of standing as a Councillor. 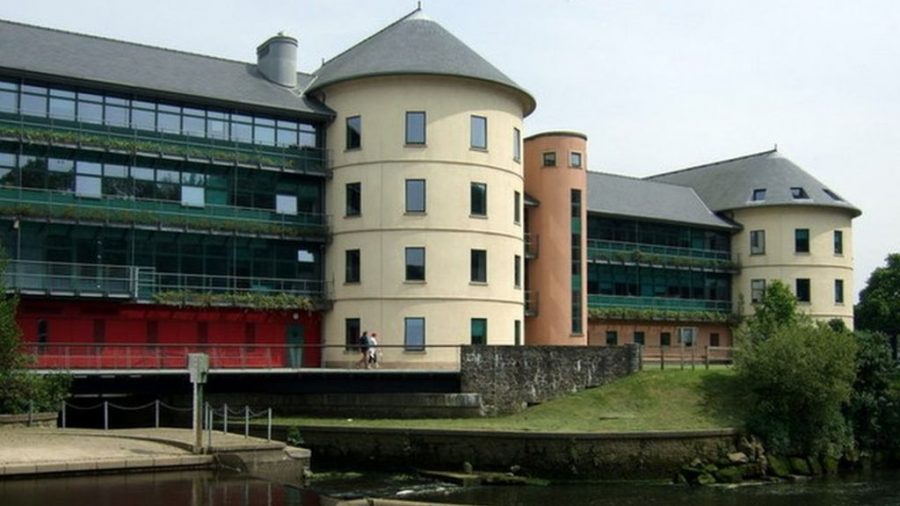 Audit Wales released the report in the public interest due to what it identified as serious governance failures at Pembrokeshire County Council.

Under the Settlement Agreement terms, the Chief Executive received a termination payment of £95,000, and his employment ended on November 30 2020.

Auditor-General Adrian Crompton said: “Pembrokeshire Council has work to do to ensure that its governance arrangements are sufficiently robust and to regain public trust.

“However, the steps the Council has since taken to improve its governance and decision-making processes, and the leadership already provided by its new Chief Executive, gives me confidence that the Council will act on the recommendations in my report.T .”

LEADER DID NOT GET RIGHT ADVICE

The report says Cllr Simpson failed to grasp the legal situation because internal advice was of poor quality.

The Head of HR, Ceri Davies, sent Ian Westley legally privileged information that Mr Westley had no right to see regarding the Council’s negotiating strategy and provided him with an insight into confidential legal advice.

Mr Davies, who is seconded to the regional education consortium ERW until April 1, faces a warm reception when – or if – he returns to work at the Council.

The Auditor casts significant doubt on “evidence” provided by Mr Davies, particularly the content of several notes prepared by the Head of HR.

The Auditor repeatedly observes that he doubts how much faith he has in the Head of HR.

Officers either overlooked or ignored procedural red flags that should’ve prompted them to take external advice on their conclusions.

Crucially, the report finds that Mr Westley’s after the fact interpretation of his pay-off as compensation for bullying does not stack up.

The Auditor finds no evidence that Mr Westley’s payment was anything other than a severance agreement between employer and employee. He notes a planned corporate restructuring exercise was an opportune time for Mr Westley to leave.

The report observes that if Mr Westley wanted to complain of bullying and seek protection due to a whistle-blower, he was more than aware of the procedure to do so.

Mr Westley’s failure to record a formal grievance and the Auditor’s conclusions regarding that issue do not hide occasionally difficult relationships between officers and councillors.

The report expressly rejects Mr Westley’s assertion that the £95,000 payment represented compensation for his being bullied.

That leaves Jamie Adams and Stephen Joseph with very little wriggle room.
Faced with findings of fact, they are not in a position to contradict the Auditor’s conclusions.

Cllr Simpson does not come out of the report with his reputation unscathed.

His loyalty to his Cabinet shines through the report. It is possible that, so closely was her working with Cabinet members at the time, he allowed them too much leeway dealing with senior staff.

However, there is nothing in the report to support Jamie Adams’s naked attempt to blame the leader and Cabinet for the situation with the former CEO.The report suggests that Cllr Simpson’s wish to avoid a public confrontation led him to set aside his better judgement to seal a deal at all costs.

The report suggests that not only did Cllr Simpson want to avoid a public confrontation but took the decision to structure the agreement in a way he believed would not require further scrutiny of it.

His belief was bolstered by poor quality advice from senior officers upon whom he should’ve been able to rely. David Simpson did a botched job based on botched advice from officers who, putting it generously, got several key calls wrong.

Ceri Davies’s position must surely hang by a thread following the damning conclusions about his conduct and honesty as a witness.

It beggars belief that the Head of HR shared private legal information with Mr Westley related to the former’s own responsibilities to his employer.

The Auditor General’s report, other associated reports and an action plan to address recommendations will be considered by a meeting of the Council on February 1.