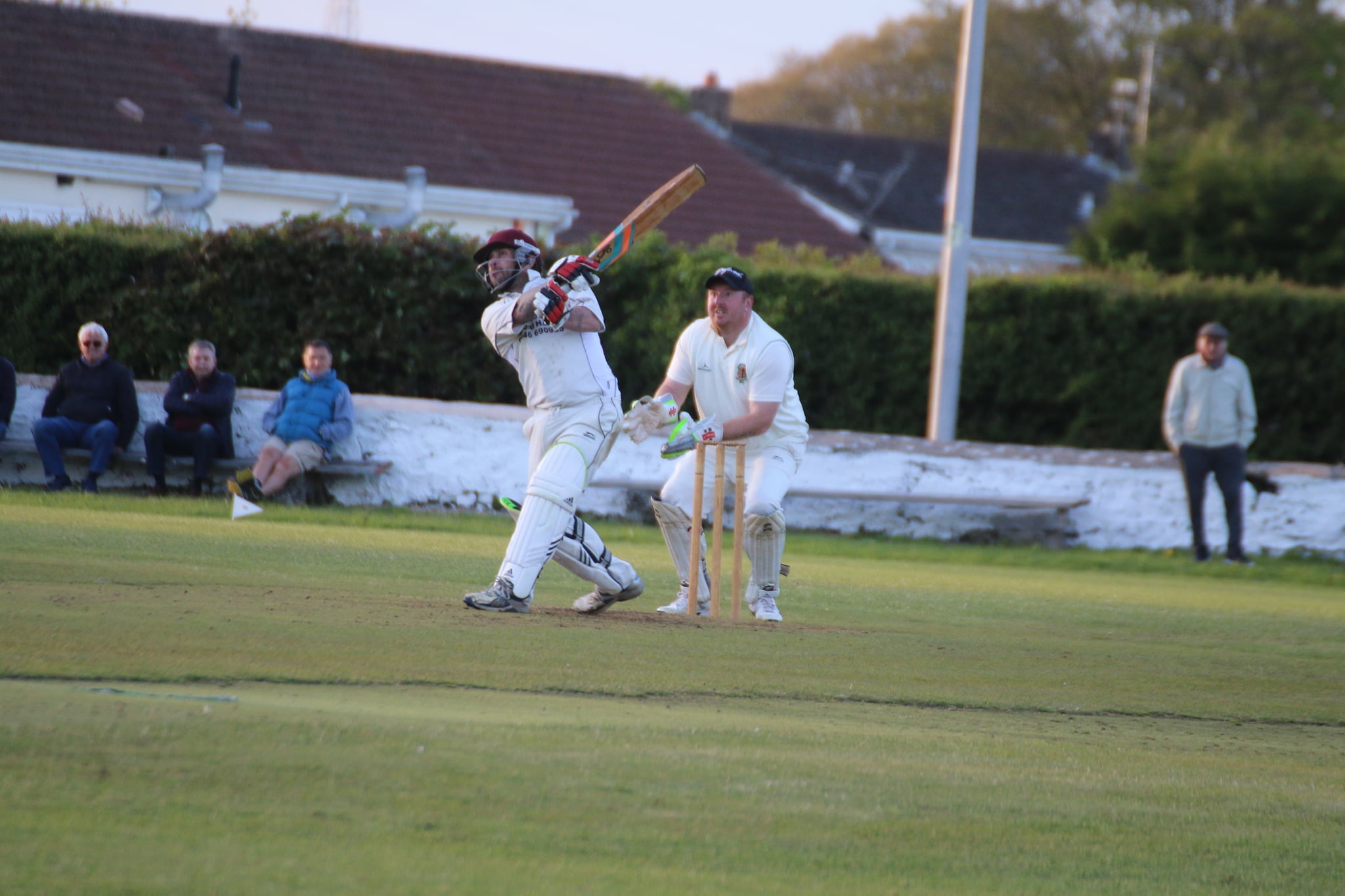 JOHNSTON are through to the quarter finals of the Harrison Allen Bowl after they beat Pembroke on the final ball of their game on Tuesday (May 25).

They had already beaten Division 1 side Tish in the first round but it looked as if their round two game would be heading for a super over.

However, when the final ball hit Curtis Hicks, he ran and Gary James was able to get in before Phil Hay’s throw hit the stumps.

Johnston won the toss and elected to field and they were able to remove opener Phil Hay early on when he was bowled by Mark Hicks.

Jack Harries hit five fours in a score of 32 from 22 balls but he was then caught by Geno Cleal off the bowling of Lee Summons.

Jonathan Rogers and Andrew Hay then shared 34 runs for the third wicket but Hay was then ran out by Leigh Walters on a score of 16.

Tom Kaijaks added one to the score before he was sent back after being trapped leg before by Summons.

Rogers and Luke Butler then shared another 36 runs for the fifth wicket. Butler then scored 11 but he was then ousted by Lewis Boswell.

Rogers, who had reached a score of 36 at that stage, then took matters into his own hand as he reached his half century.

Boswell also ran out Aidan Fraser late on but Rogers finished unbeaten on 68 with five fours and a six to his name.

They made a steady start to their reply as Leigh Walters and Geno Cleal shared 21 runs for the opening wicket.

Rogers made the breakthrough as he bowled Walters on a score of 18 and soon after, Rob Smythe had Lee Summons stumped by Phil Hay.

Cleal also made a score of 18 but he was caught by Sam Davies to give Smythe his second wicket.

That left Johnston on 53-3 but an excellent stand of 69 between Liam Boswell and Josh Hicks swung the game in their favour.

Hicks made a patient score of 18 but he was caught by Jack Harries off the bowling of George Davies.

Boswell hit four sixes as he reached his half century and he was joined at the crease by Gary James.

But, the game swung back in Pembroke’s favour as Davies removed Boswell on a score of 56, leaving Johnston on 126-5.

Davies then claimed the wickets of Lewis Boswell and Mark Hicks as the visitors slipped to 143-7.

It came down to the final over with Johnston needing seven runs to win.

James ran 2 and then 1 off the first two balls before Curtis Hicks ran 2 off the third.

There was no run off the next ball but a wide gave Hicks another chance. He could not run off the penultimate ball meaning they needed one from the final ball.

The ball hit Hicks and he ran to the other end and Gary James was able to get his bat down in time before Phil Hay’s throw hit the stumps.

It was a dramatic end to a thrilling game and Johnston will now look forward to their Harrison Allen quarter final.