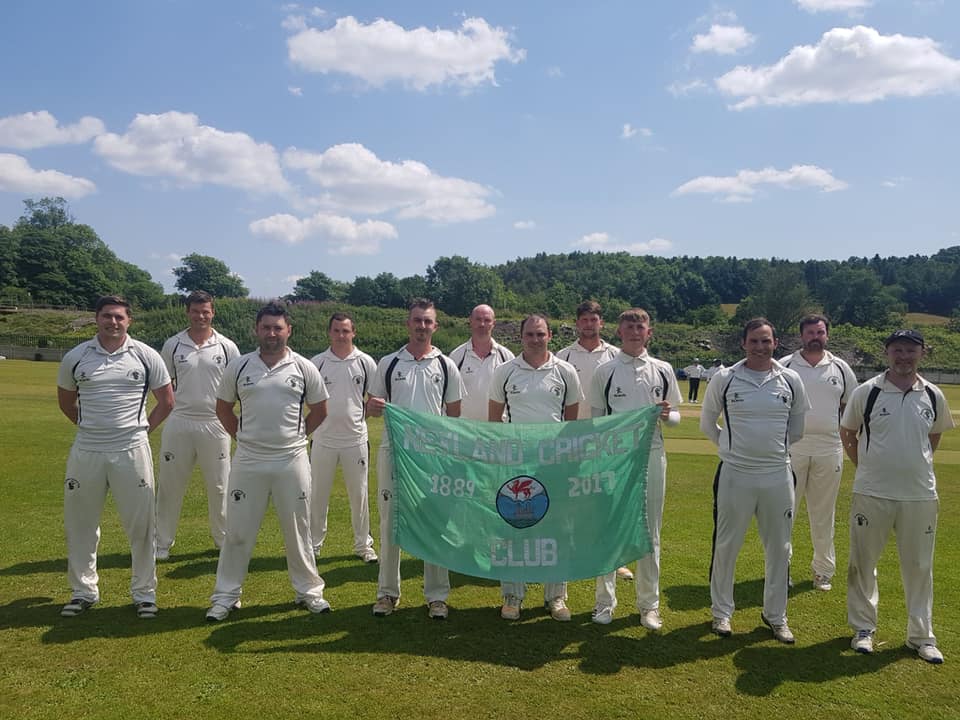 NEYLAND will have a home tie in the semi-finals of the Village Cup after they beat Derbyshire side South Wingfield by five wickets on Sunday (July 18).

The Pembrokeshire side had already made the long trip to Mansfield for their abandoned last 16 tie and they made the slightly shorter trip to Derbyshire for their quarter final.

South Wingfield won the toss and chose to bat first but they were eventually bowled out for 101 in the 34th over.

The hosts made a steady start but Nathan Banner had opener Steven Wilson caught by Henry Durrant and Banner also bowled Andrew Wilson soon after.

That left the score on 18-2 but opener Richard Fenn and Alex Mace could only add another 22 runs before the next wicket fell.

Fenn had hit six fours in a score of 31 but he was then trapped leg before by Ross Hardy.

Mace fell on a score of 11 when he was caught and bowled by Andrew Miller who also ran out Charles Jones on the same score to leave the hosts on 57-5.

Sam Colclough did not last long in the middle as he was caught by Sean Hannon off the bowling of Miller for a duck.

Liam Mitchell scored 10 but he also fell to Miller when he was caught by Banner.

Harry Brown and Kyle Mitchell did their best to push the score on into three figures but after an eighth wicket stand of 25, Brown, who hit two fours and six in his score of 21, was caught by Patrick Hannon off the bowling of Henry Durrant.

That left South Wingfield on 96-8 and it was soon 97-9 when Brad McDermott-Jenkins trapped Mitchell leg before on a score of 9.

The home side were in danger of missing out on a three-figure score before Dan Connolly’s late boundary pushed the score to 101.

That was as good as it got though as Connolly was caught by Hardy off the bowling of McDermott-Jenkins.

Needing 102 to win Neyland made a steady start as Nick Koomen and Gregg Miller opened with a partnership of 31.

Miller departed first as he was caught by Kyle Mitchell off the bowling of Lewis Radford.

Soon after Ashley Sutton was caught by Sam Colclough off the bowling of Harry Brown as Neyland slipped to 40-2.

The Derbyshire side had their tails up with those two wickets but Koomen and Nathan Banner shared a third wicket stand of 54 to all but seal victory.

Banner was caught and bowled by Mitchell on a score of 23 and with the next ball, Mitchell had Ross Hardy caught by Liam Mitchell for a duck.

Sean Hannon was then caught by Steven Wilson off the bowling of Kyle Mitchell to reduce Neyland to 96-5.

However, with the very next ball, Koomen smashed the ball over the ropes to send Neyland to victory.

Koomen finished unbeaten on 68 with 11 fours and that late six to book a home semi-final tie for Neyland.

After the game, Neyland captain Sean Hannon said: “Delighted with another great win on the road. It will be nice to have home advantage in the semis which is reward for the effort the boys have put into travelling in the previous three rounds! Not only that but it’s nice for the supporters too, they will be able to come up and watch for once!”