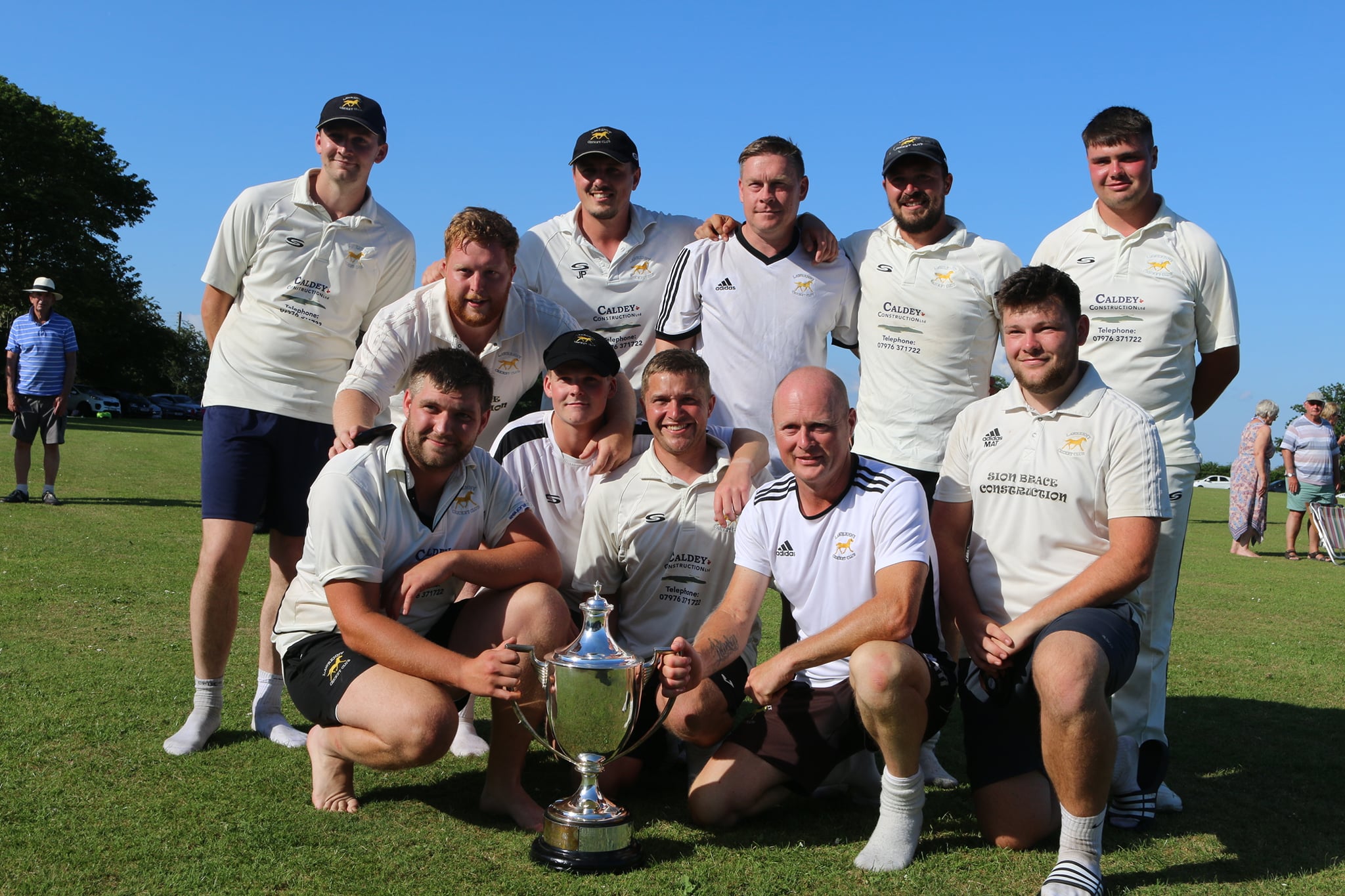 Lawrenny were beaten finalists when the tournament was last played in 2019 while Carew had reached a first Duggie Morris final since 2009.

Played in the searing heat, both sides batted well with Carew opening up with a score of 154-5.

Lawrenny replied with the in-form Kurtis Marsh scoring another century, hitting a six off the last ball of the innings to reach a score of 100 not out.

Knowing they would need to erase that lead Carew looked to score quick runs but they struggled and could only reach 108-9 in their second innings.

That meant Lawrenny would need 82 to win the game and, although there were no Marsh heroics this time, they were able to knock off the runs needed to win the game.

Carew batted first after winning the toss and they had an early reprieve from a dropped catch in the field.

Lewis Hicks was the star of the first innings though as he finished unbeaten on 51.

Harry Thomas had good figures of 3-24 while Jamie Lewis and Kurtis Marsh each picked up a wicket.

Some good efforts in the field also kept the score down as Carew finished their first innings with 154 runs on the board.

The second innings became the Kurtis Marsh show as he peppered the boundaries on his way to finishing unbeaten on 100.

He had good support from brother Kyle Marsh who scored 65 while James Phillips added 13.

Shaun Whitfield and Sam Harts picked up the only wickets to fall.

Marsh’s super innings saw Lawrenny finish 28 runs ahead on 182 and Carew knew they would need to bat well if they were to give their opponents a three-figure target to chase.

However, they found runs hard to come by with Nick Scourfield their top scorer in the second innings with 34.

Shaun Whitfield added 23 and James Hinchcliffe finished unbeaten on 17 but Jamie Lewis took five wickets for 17 runs to help keep the score down.

Kurtis and Kyle Marsh both made scores of 22 in Lawrenny’s second innings to all but seal the win for their side.

Ceri Brace and Sam Harts picked up their wickets but they were unable to take any further wickets.

Harry Thomas finished unbeaten on 18 and James Phillips was unbeaten on 14 as they saw Lawrenny to an eight-wicket win.

Kurtis Marsh was named as the man of the match for his outstanding century.

After the match, Lawrenny captain Joe Kidney said: “A massive thank you to Burton for being great hosts as usual, best wishes to Carew and very proud of the lads for bringing Lawrenny home its first Duggie Morris Cup. Onwards and upwards!”

Neyland back on top after excellent chase