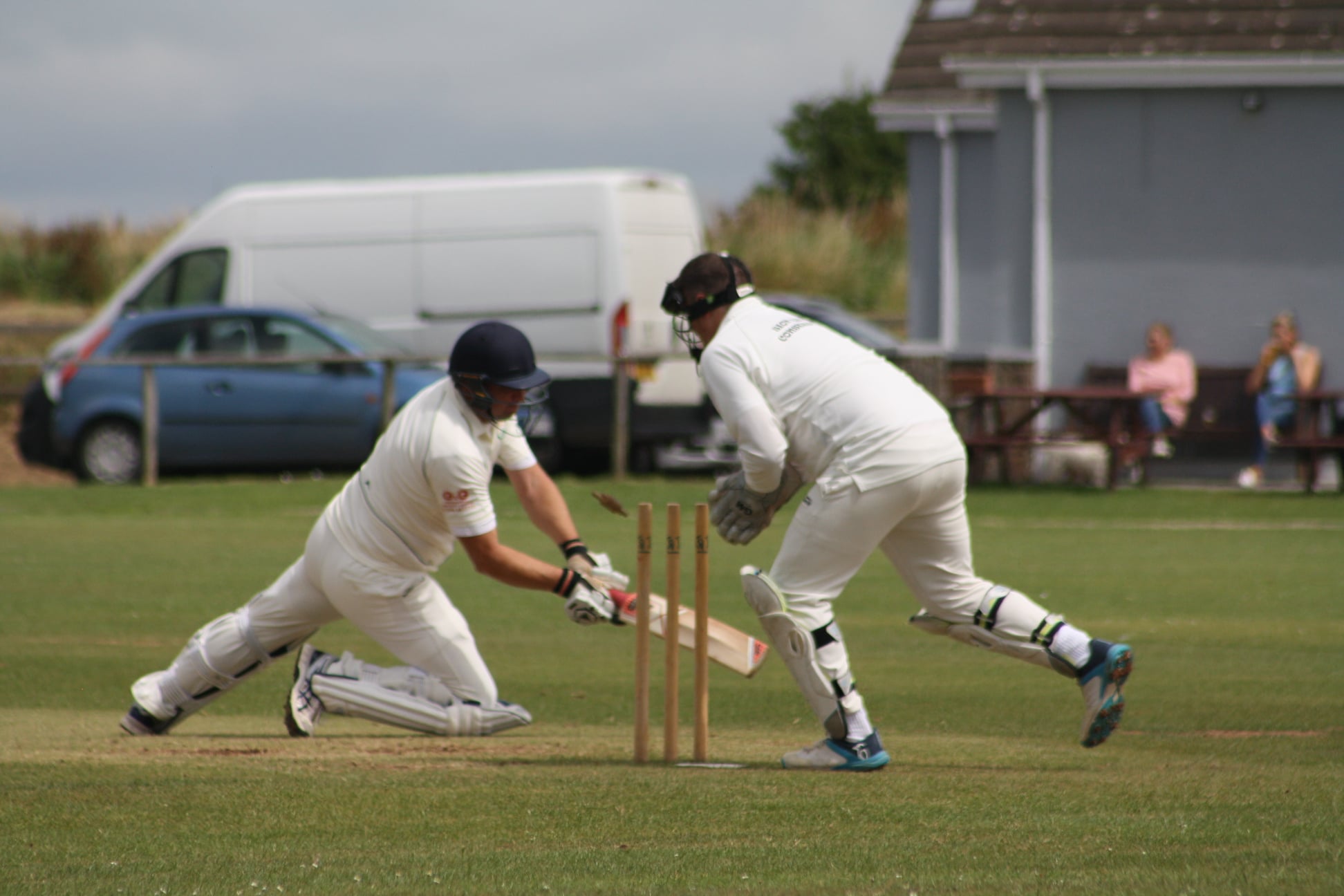 LAWRENNY earned a narrow win over St Ishmaels on Saturday (Jul 31) as they beat them by just two wickets.

Visitors Lawrenny won the toss and chose to field first but Tish made a good total of 200-7 from their 45 overs.

Karl Rhead and Peter Bradshaw made a steady start to the innings with an opening stand of 39 runs.

Kurtis Marsh made the breakthrough as he had Rhead stumped by James Phillips on a score of 29.

Soon after Harry Thomas had Ieuan Hawkins caught by Marsh to reduce Tish to 41-2.

Bradshaw and Phillip Cockburn then shared a good third wicket partnership worth 90 runs to put Tish into a strong position.

That partnership was eventually broken by Marsh who had Bradshaw caught by Thomas on a score of 54. Bradshaw’s knock included seven fours and a six.

Cockburn fell soon after on a score of 43 and it was Marsh involved again as he took the catch to give Rob Williams his first wicket.

Brennan Devonald made a score of 17 from 15 balls but he was also stumped by Phillips to give Thomas his second wicket.

Lawrenny began to hit back as Ryan Morton then bowled Andrew Pawlett before Rob Williams trapped namesake Andrew leg before.

Pawlett finished not out on 32 while Rhead hit a late six to help push the score up.

Lawrenny made a good start to their reply as Kurtis Marsh and Harry Thomas shared 69 runs for the first wicket.

Marsh hit nine fours on his way to a score of 52 but he was then bowled by Jordan Milich.

Moments after, Thomas was caught by Jonathan Pawlett off the bowling of Andrew Williams on a score of 11.

Steven Campbell was out for an unlucky 13 as he was caught by Pawlett off the bowling of Andrew Pawlett.

That left Lawrenny on 89-3 but James Phillips and Joe Kidney shared 33 runs for the fourth wicket to take the visitors into three figures.

Joe Kidney was caught by Jonathan Pawlett off the bowling of Lewis Rhead on a score of 22 and soon after another Lawrenny wicket fell.

This time it was Andrew Pawlett who had Ryan Morton caught by Lewis Rhead as Lawrenny were reduced to 124-5.

Phillips and Tom Cole then added another 32 runs for the sixth wicket but Tish broke through again as Cole was caught by Andrew Pawlett off the bowling of Lewis Rhead.

Cole had hit two fours and a six in his 14-ball cameo which saw him add 21 runs to the total.

Phillips had also hit two fours and a six to make his way to a score of 30 but he was then trapped leg before by Brennan Devonald to leave the visitors on 174-7.

Tish’s tails were up as they sensed an upset victory but Rob Williams made his way to a score of 15 before Matt Lewis was caught by Andrew Williams off the bowling of Jonathan Pawlett.

Needing only 6 to win, James Buckle and Rob Williams held their nerve to see Lawrenny over the line.

Lawrenny’s score was also helped along by 24 extras leaving Tish to wonder what might have been had they not given so many runs away.