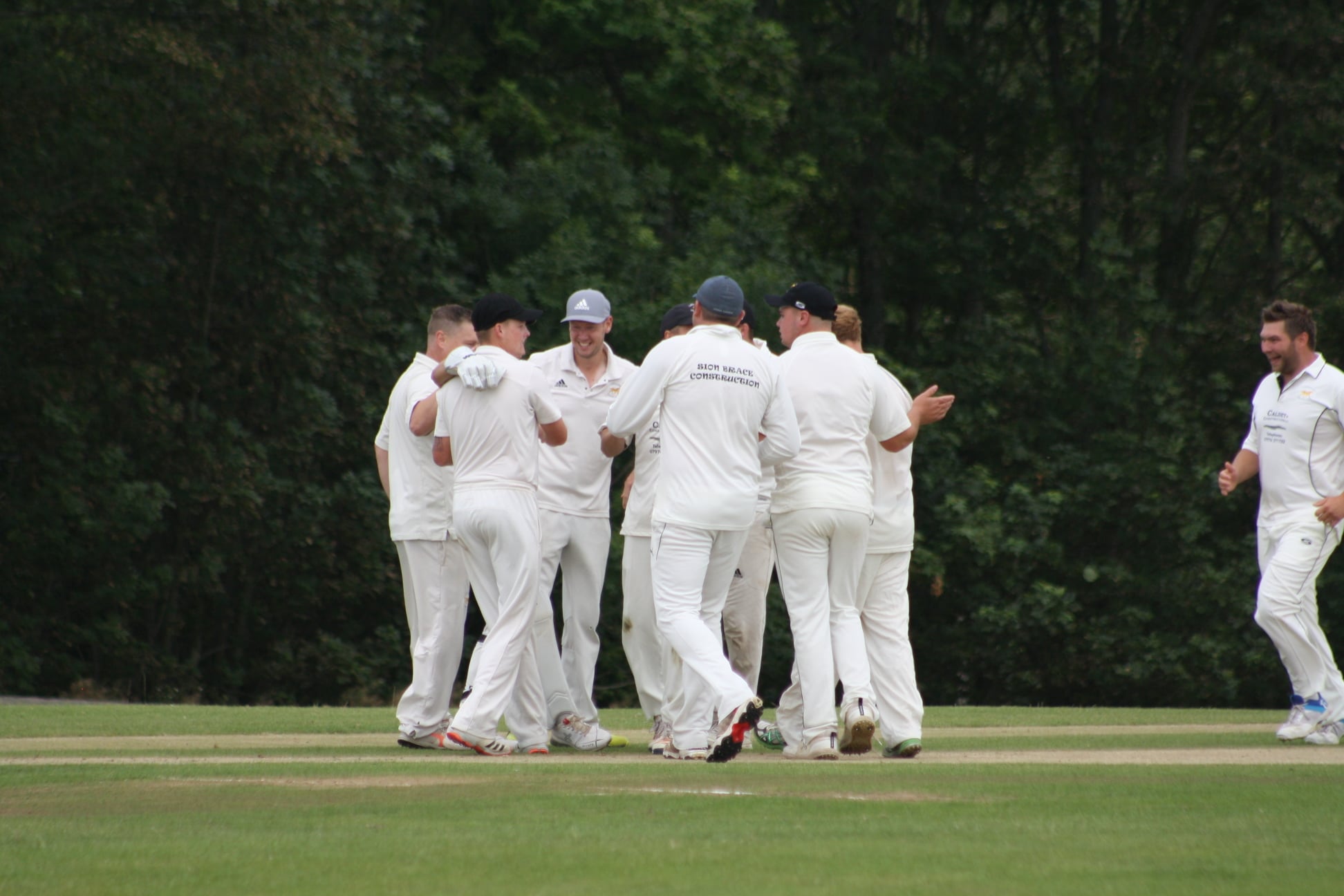 LAWRENNY took advantage in the Division 1 title race on Sunday (Aug 1) as they beat Neyland by eight wickets to go top of the table.

The game had been called off earlier in the season for covid reasons and was rearranged to today in what will be the start of a busy month for Neyland.

As well as their league campaign, they also have Village and Welsh Cup games to look forward too.

Both sides went into Sunday’s game having won on Saturday to maintain their unbeaten seasons so something had to give.

Lawrenny won the toss and chose to field and openers Nick Koomen and Scott Jones, who kept his place in the team after a half century on Saturday (Jul 31), shared 51 runs for the first wicket.

Koomen hit six fours in a score of 31 but he was then caught by James Buckle off the bowling of Harry Thomas to give Lawrenny the breakthrough they wanted.

Thomas then took another wicket as he had Ashley Sutton caught by Joe Kidney.

53-2 then became 53-3 as Nathan Banner played a defensive shot only to see the ball bounce back onto the wicket to give Thomas a third.

Thomas wasn’t done their either as he then had Ross Hardy caught behind by keeper Will Allen to leave Neyland in trouble on 61-4.

Scott Jones was joined by Gregg Miller and the fifth-wicket pair shared 54 runs as they looked to get Neyland into a strong position.

Miller made his way to a score of 26 with one boundary but he was then run out by Joe Kidney.

Jones hit five fours and a six in his score of 65 but he was then caught by Kidney off the bowling of James Buckle as Neyland slipped to 136-6.

Buckle then got his second wicket as he had Brad McDermott-Jenkins caught by Patrick Elliot.

Henry Durrant became Buckle’s third victim when he was caught by Harry Thomas.

Ryan Morton then got in on the act as he had Andrew Miller caught by Buckle. Sean and Patrick Hannon finished unbeaten but they could only take Neyland to 155-9.

Kurtis Marsh and Harry Thomas kept their nerve early on and they were able to share 151 runs for the first wicket to all but win the game for Lawrenny.

Ross Hardy made the breakthrough for Neyland as he had Marsh caught by Gregg Miller. Marsh’s score of 69 included nine fours and a six.

Hardy then had James Buckle caught by Nick Koomen but it mattered little as Lawrenny got themselves over the line in the 35th over.

Thomas finished unbeaten on 82 after hitting nine fours and four sixes to complete an excellent all-round display after his earlier 4-wicket haul.

The win puts Lawrenny back on top of the table ahead of another big game next Saturday (Aug 7) which sees them welcome Haverfordwest.

Neyland’s defeat is their first in the league since 2019, when they were beaten by Saundersfoot, and they will be keen to put the pressure back on as they travel to Whitland.

The two sides are scheduled to do battle once again in Neyland on the final day of the season.