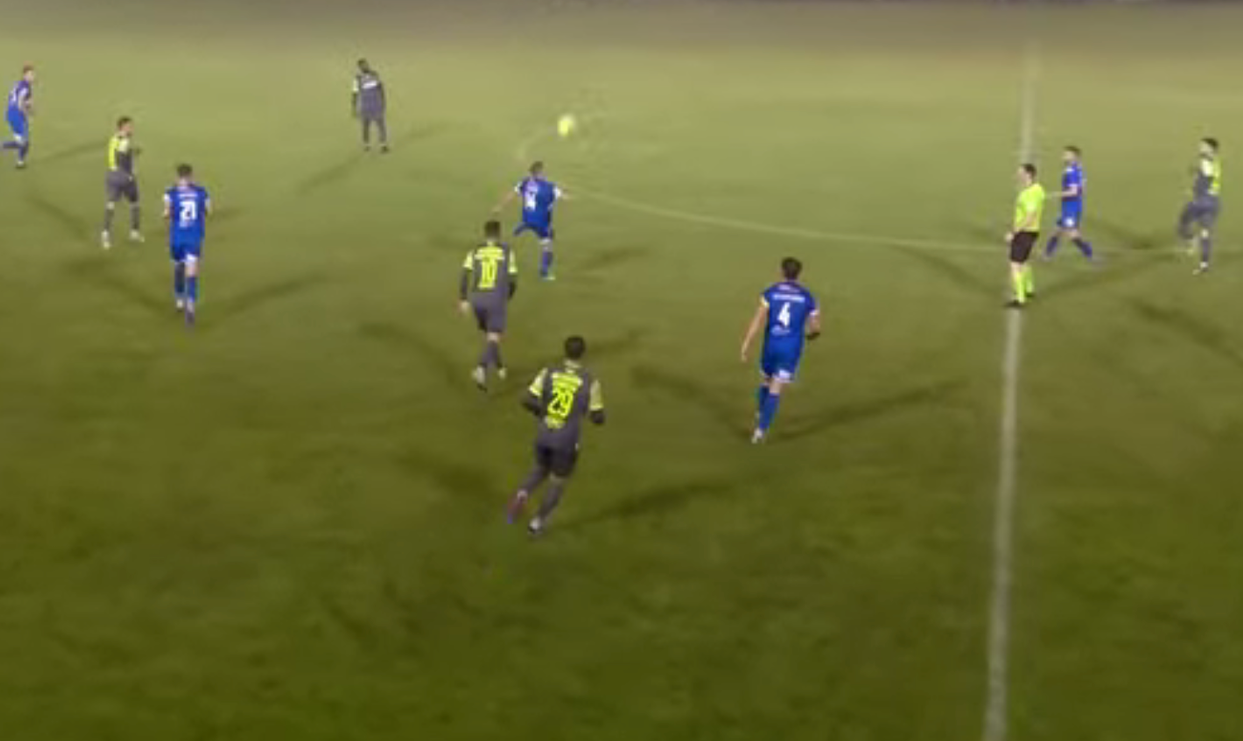 HAVERFORDWEST County and Barry Town United played out a 1-1 draw at the Ogi Bridge Meadow on Tuesday night (Nov 9).

The Bluebirds came into the game on the back of a 6-0 thumping at the hands of TNS and manager Wayne Jones would have been looking for a reaction from his side.

Haverfordwest had Kyle Patten in their squad lining up against brother Robbie, playing for Barry.

There was an early chance for the home side as Jazz Richards played the ball through for Kieran Lewis who ran into the box before cutting the ball back but his cross was cleared.

On 13 minutes Kayne McLaggon sent a curling effort towards goal but Lee Idzi made a great save to tip the ball wide for a corner.

Kyle Patten went down injured soon after and the Bluebirds played temporarily with ten men but he was ok to carry on.

With half an hour gone Touray Sisay won the ball in midfield and ran into the box but he was well tracked by Robbie Patten and Sisay’s weak shot was easily saved.

It remained goalless at the break and the Bluebirds would have been pleased to keep a clean sheet having been beaten well by TNS the previous weekend.

Early in the second half a long throw into the box caused panic and after a scramble the ball was poked in by Kyle Patten.

Shortly before the hour mark Rhys Kavanagh controlled the ball well in the box and shot towards goal but Idzi made a great save to keep the Bluebirds ahead.

Ten minutes later though Barry were level. Iori Humphreys gave a free kick away on the left hand side. The ball was fizzed into the box and after it looped up into the air, keeper Idzi only succeeded in punching the ball down to the feet of McLaggon who stabbed the ball in.

With thirteen minutes to go the Bluebirds had a good chance to score as Richards’ cross was left by SIsay for Wilson but the ball just got away from him and his shot was saved by the keeper.

Barry sub Marcus Day then turned well in the box but he sent his shot over the bar.

That was the last of the action as neither side were able to find a winning goal, with both settling for a share of the points.

Related Topics:FootballHaverfordwestJD Cymru Premier
Up Next