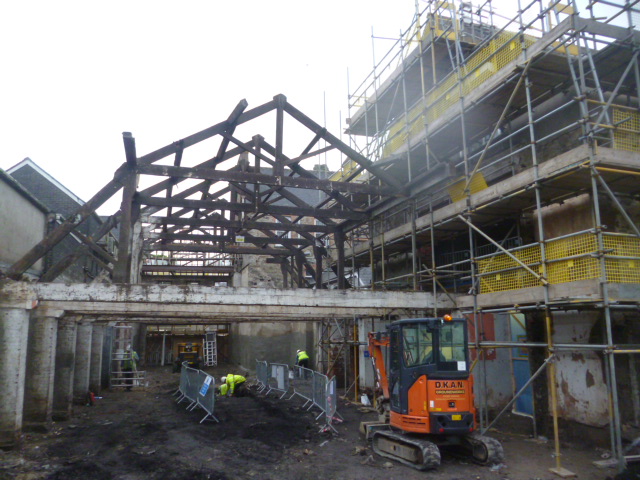 DEMOLITION WORK is underway at Western Quayside in Haverfordwest (the former Ocky White building) as part of a major construction project to redevelop the site.

Commenced earlier this year, the project will provide a modern and stylish three-storey development, including a food emporium, bar and roof-top terrace.

The Pembrokeshire County Council scheme incorporates public realm improvements including an attractive waterfront square with space for events which could extend its use into the early evening.

The demolition is due to be finished by mid-December, when works will move on to the installation of the substructure foundations and then onto the steel work installation in the New Year. The project is anticipated to be complete in early 2023.

The scheme is funded by the Welsh Government Transforming Towns programme and the Building for the Future programme through the European Regional Development Fund. The contractors are John Weavers Ltd.

Rachel Moxey, Head of Economic Development and Regeneration, said the development, combined with its potential for leisure and community use, aimed to encourage greater vitality and resilience within the town centre over time.

“The project is evidence of the Authority’s commitment to support the regeneration of Pembrokeshire’s county town,” she said. “Not only will it help drive footfall to Haverfordwest, it will also support business growth and create an additional community hub.”

Minister for Climate Change Julie James said: “Our Transforming Towns programme is providing £136 million to further support the economic and social recovery of town and city centres across Wales, building on existing investment of £800 million in over 50 of our towns since 2014.

“Our town centre first policy means that town centres should be the first consideration for all decisions on the location of workplaces and services. Our town and city centres face many challenges which have been exacerbated by the pandemic.

“That’s why we are investing heavily to ensure that our towns not only survive but thrive, and we are brave in reinvigorating them into places where people want to spend their time.”

Local County Councillor Tom Tudor welcomed the progress on site: “Combined with other initiatives taking place, I am very optimistic that Haverfordwest Town Centre will become a thriving commercial and residential location of choice, creating a distinct destination and sense of place,” he said.

Businesses given opportunity to ‘meet the buyer’ for Greenlink interconnector

A ‘Meet-the-Buyer’ day for potential suppliers will be held in Pembroke Dock on Wednesday 3 November for the Greenlink electricity interconnector project, which is scheduled to start construction in early 2022.  Greenlink will link the GB and Irish electricity transmission systems via 190km of underground and subsea cables between Pembrokeshire and Wexford, Ireland, and is one of Europe’s most significant energy infrastructure projects.

The Meet-the-Buyer event will be an opportunity for businesses in the area to hear the latest news about the project, including the construction programme, to meet representatives from the appointed EPC contractors Siemens Energy and Sumitomo Electric, to discuss what their business can offer and to find out how to bid for contracts.

“Greenlink will provide benefits to both Ireland and Wales in terms of employment, security of supply and the integration of low carbon energy sources. Greenlink, Siemens Energy and Sumitomo Electric are committed to offering local supply chain opportunities wherever possible and we encourage businesses who feel they can offer goods or services to come along and meet the team to find out more.”

“During the construction phase, there will be a requirement for a range of goods and services, from office cleaning, site security and local accommodation, to fencing, scaffolding and minor civils works.  We would encourage local businesses to check the full list of what we might be looking for and we look forward to discussing opportunities with them at the event.”

Advance registration for the event is essential.  Meetings can be booked by visiting: https://wales.business-events.org.uk/en/events/greenlink-interconnector-meet-the-buyer-event/ 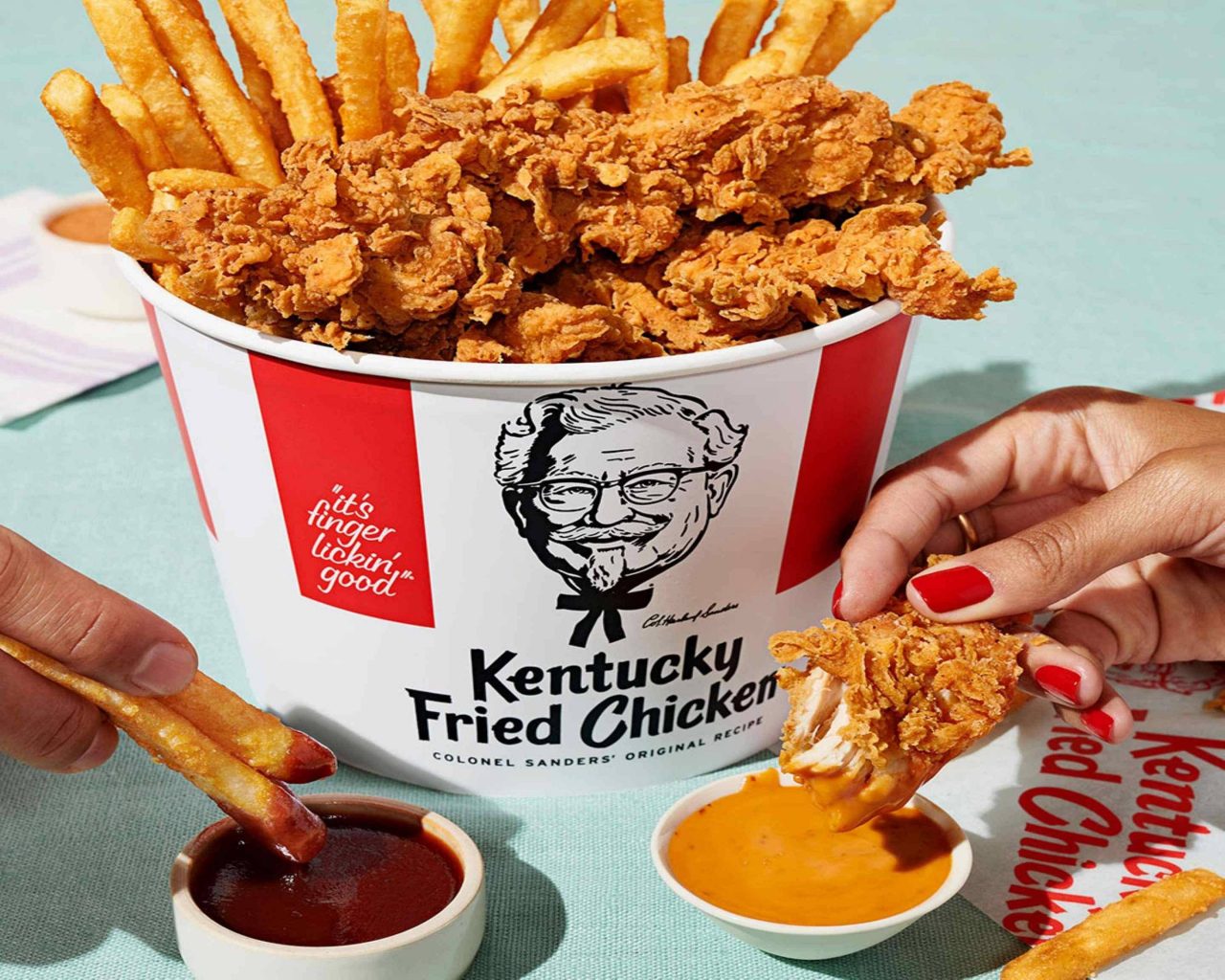 KFC in Pembroke Dock will open its doors to the public next month, following a trial run for friends and family of employees.

The store has also been opening for time-to-time without the drive-thru to the public, and queues have been long.

There has been some confusion with the public thinking that the outlet is already open properly, but friend chicken fans will have to wait a little longer for the entire service until the new store officially opens.

On their Facebook page the company said: “There’s been a lot of speculation, we did a test lunch on October 20 for friends and family.

“If all goes well we will be open very soon.”

A spokesperson for KFC Pembroke Dock later told The Pembrokeshire Herald: “We’re looking for a grand opening on November 3, but that date could still change.”

KFC Pembroke Dock posted on Facebook on Monday saying: “Good evening to you all.

“As you may have noticed we have been temporarily opening our doors to help our staff training and test our equipment.

“This has not been an official open as nothing has been announced from us. “We still do not have an official full opening date as we are still managing some technical problems.

“We apologise for the queue times and wait times and assure you we are doing everything we can to get your food to you as soon as possible.

“I understand it can be frustrating. Our staff team are all working their hardest to deliver you gold standard products, and we will not tolerate any abusive behaviour towards any member of staff.

“Our delivery will be online soon after we officially open, along with drive thru.

“Thank you to everyone who has visited us already and we look forward to seeing you soon.”

Local Dai Morgan said: “I had food from you the other night and must say it was bloody lovely only a 20-minute wait for it which considering how busy it was that was OK can’t wait for the drive through to be open!”

Lynda Worrell said: “I went there this evening (Monday) and waited 50 minutes got home all my food was wrong, they shouldn’t open to the public if not ready or at lol least tell us that there still on a trial run.

Mike Axford-Miles replied by saying: “Calm down… they just opened the doors, new staff, new starts, I waited 30 minutes for fast food, I understand that they had been open for 1 day, so didn’t complain. Did you actually see how busy they were. They didn’t stop. And let’s face it, KFC coming to Pembrokeshire is like the second coming of Jesus Christ.”

KFC was founded by Colonel Harland Sanders, an entrepreneur who began selling fried chicken from his roadside restaurant in Corbin, Kentucky during the Great Depression.

Sanders identified the potential of the restaurant franchising concept and the first “Kentucky Fried Chicken” franchise opened in Utah in 1952.

KFC popularized chicken in the fast-food industry, diversifying the market by challenging the established dominance of the hamburger.

By branding himself as “Colonel Sanders”, Harland became a prominent figure of American cultural history and his image remains widely used in KFC advertising to this day.

However, the company’s rapid expansion overwhelmed the aging Sanders and he sold it to a group of investors led by John Y. Brown Jr. and Jack C. Massey in 1964.

KFC was one of the first American fast-food chains to expand internationally, opening outlets in Canada, the United Kingdom, Mexico and Jamaica by the mid-1960s. Throughout the 1970s and 1980s, it experienced mixed fortunes domestically, as it went through a series of changes in corporate ownership with little or no experience in the restaurant business.

In the early 1970s, KFC was sold to the spirits distributor Heublein, which was taken over by the R. J. Reynolds food and tobacco conglomerate; that company sold the chain to PepsiCo.

The chain continued to expand overseas, however, and in 1987 it became the first Western restaurant chain to open in China.

It has since expanded rapidly in China, which is now the company’s single largest market. PepsiCo spun off its restaurants division as Tricon Global Restaurants, which later changed its name to Yum! Brands.

The constituents of the recipe are a trade secret. Larger portions of fried chicken are served in a cardboard “bucket”, which has become a feature of the chain since it was first introduced by franchisee Pete Harman in 1957.

Since the early 1990s, KFC has expanded its menu to offer other chicken products such as chicken fillet sandwiches and wraps, as well as salads and side dishes such as French fries and coleslaw, desserts and soft drinks; the latter often supplied by PepsiCo.

KFC is known for its slogans “It’s Finger Lickin’ Good!”, “Nobody does chicken like KFC” and “So good”. 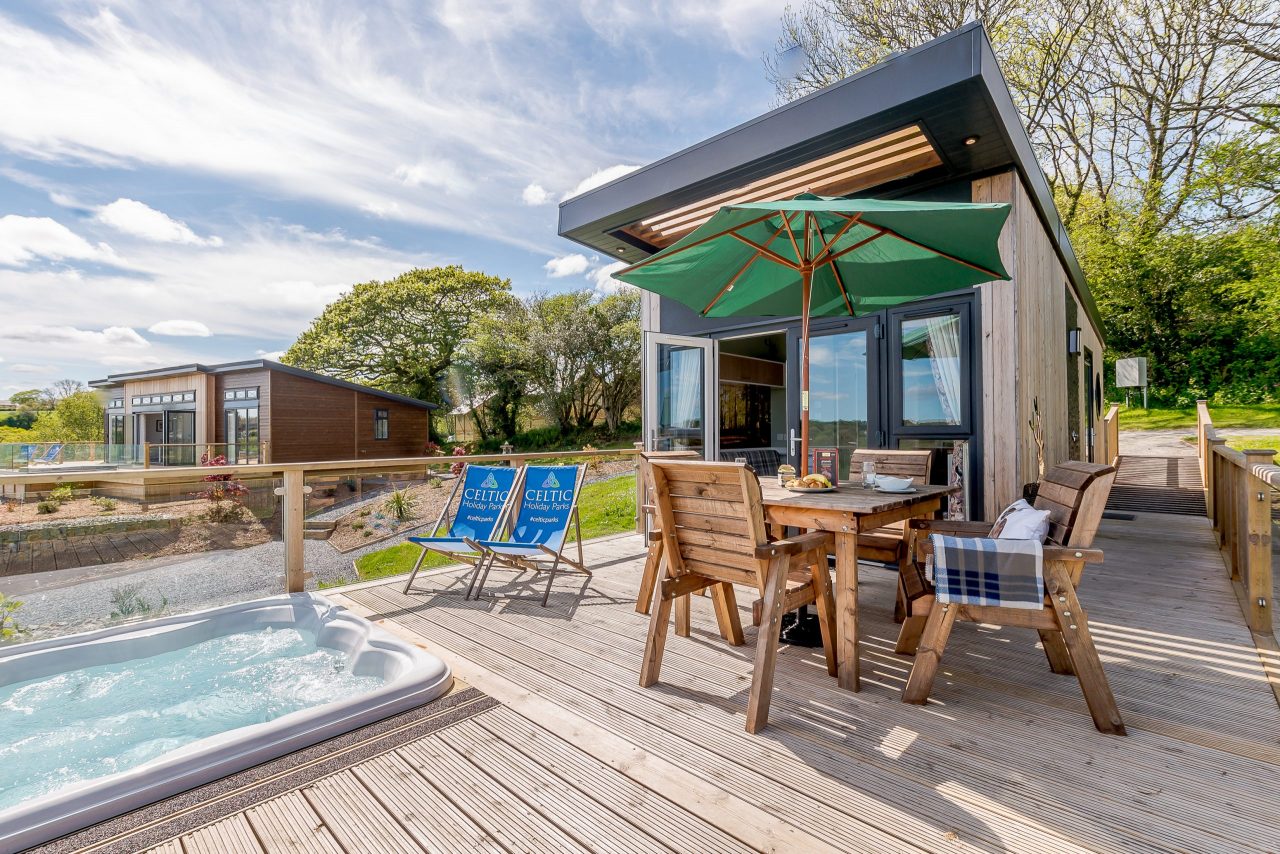 A PEMBROKESHIRE lodge park has been presented with a top regional tourism award by UK holiday giant Hoseasons.

Celtic Escapes was crowned Best Small Relax & Explore destination in Wales at the staycation specialist’s 15th annual Awards – a celebration of the lodge resorts, holiday parks and boating locations in the company’s UK portfolio that have achieved the highest scores in independent customer satisfaction surveys and delighted guests through exceptional holiday experiences throughout the 2021 season.

Commenting after the awards were announced during an online ceremony Charles Huw Pendleton, Director at Celtic Escapes said: “Winning awards is always special, but being recognised by our customers for our efforts is particularly pleasing. It’s been the most challenging year any of us in the industry can ever remember, but throughout everything we’ve always tried to give our guests the best possible experience we can, so it’s great for our team to get the recognition they deserve.”

Celtic Escapes is part of Hoseasons’ Bouja collection – An upgraded version of the great British getaway encompassing 42 boutique locations in stunning settings around the UK.

Simon Altham, Group Chief Commercial Officer at Awaze – the parent company of Hoseasons – said: “We all understand the importance customer reviews play in influencing holiday choices and it’s clear from the amazing scores Celtic Escapes have been receiving, that the team are doing a fantastic job of delighting guests and exceeding expectations. The future looks brighter than ever for UK holidays and we are sure this award will help further boost bookings for 2022 and beyond.”