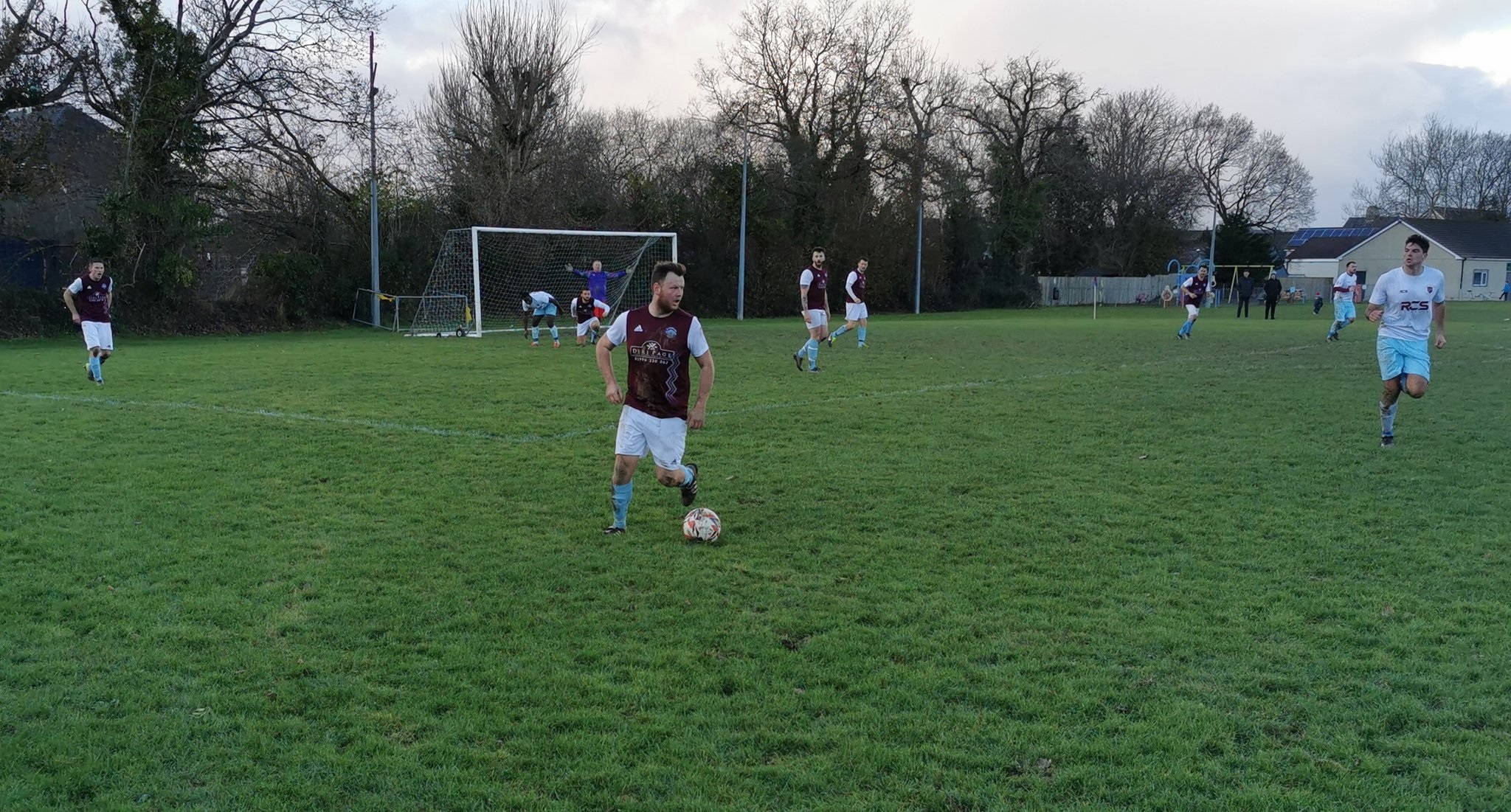 PEMBROKESHIRE Division 2 outfit St Clears welcomed West Wales Premier League high flyers Evans and Williams to Community Fields on Saturday (Dec 4) with a place in the last 16 of the West Wales Cup up for grabs.

The game kicked off and it was a fairly even affair for large parts of the first half. The visitors were clearly a well-drilled outfit, trying to stretch the pitch and play down into the channels.

However, a number of over-hit balls didn’t cause St Clears any concerns. A couple half chances fell for St Clears but these were well defended by the visitors.

Likewise for the visitors, they created half chances, none to concern the home keeper Jason Jones.

Around 30 minutes in though, the visitors, well-marshalled by Sion Jones in the first half, created a chance, that was scuffed through the legs of a St Clears defender and found its way into the bottom corner.

The final 10 minutes of the first half saw the visitors retain much of the possession but again not really create as a result of the resolute defending from manager Nick Squire and his defence.

The second half kicked off with the Saints playing with the wind, and it saw a very different team come out from the half time break.

Some excellent long passing from the midfield three of Nathan Evans, Martin Thomas and Kyran Lewis, started putting the wide players in behind the full backs of the visitors and the chances started to come, with Seeley and Davies proving difficult to handle.

St Clears controlled much of the 15 minutes after the break and following a long throw which found its way to Steve Thomas, who played a quick one two with Kyran Lewis, then Thomas with excellent quick feet cut back inside the oncoming defender and finished superbly over the keeper. 1-1.

The remainder of the half continued to see St Clears get in behind the visitors and cause problems.

On the 80th minute, substitute Ben John was through on goal, when a pass back to the keeper was collected and an indirect free kick awarded to the saints on the penalty spot.

The initial shot from Kyran Lewis was blocked well, however the rebound fell to centre back Karl Jones on the edge of the box who sent a thunderbolt into the top corner and put the saints up 2-1.

The players and crowd went wild, the latter who were excellent in their support for the home team and helped the boys see through the result to progress.

Related Topics:Evans and WilliamsSt Clears
Up Next