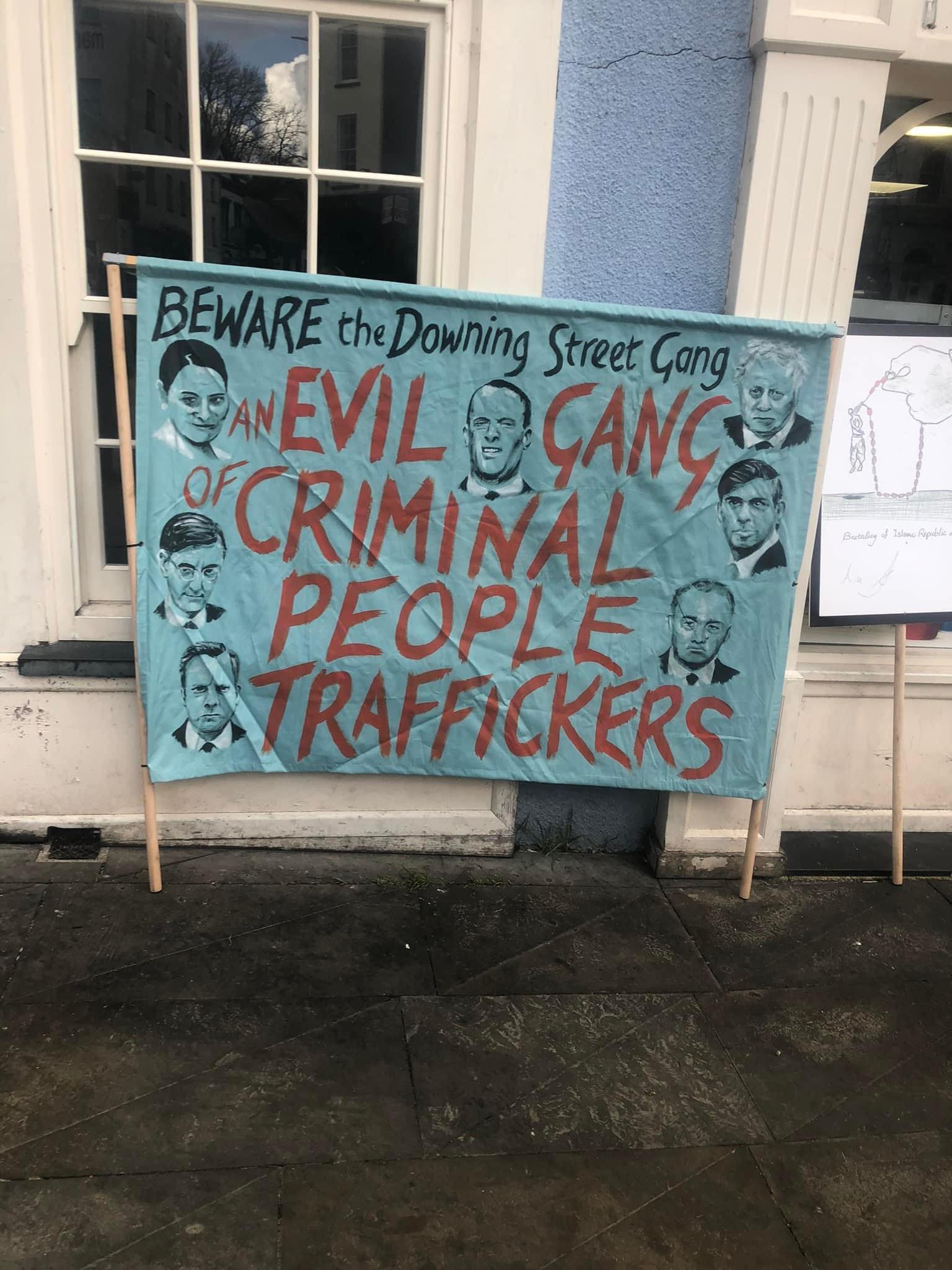 RESIDENTS in Pembrokeshire have taken to the streets of Haverfordwest to protest about the UK Government’s ‘inhumane’ plans to send migrants to Rwanda.

Under the proposal, which has the backing of local MP Simon Hart, those seeking sanctuary in the UK, will be sent more than 4,000 miles to the landlocked East African Country for processing.

The protest, which took place on Castle Square, Haverfordwest, on Easter Monday (Apr 18) was set up by a member of Stand Up To Racism West Wales.

The government has faced backlash to their plans, with many brandishing the decision ‘cruel’ and ‘inhumane’.

Last month, the ‘home for ukranians’ initiative was launched, where UK residents offering to house those fleeing from the war torn country, would receive a £350 a month subsidiary.

Speaking on the reasons behind the protest, Hellana Hetfield, who represents the Stand Up To Racism West Wales group, said: “How can we welcome in Ukrainian refugees and then send other migrants to Rwanda?

“I sympathise with all victims of war.

Hellana added: Migrants will be made to go through more torment by this. We could be doing a lot more to help them.

“The world needs more compassion and empathy and it could quite easily happen to us, we could go to war and have to seek refuge in another country.”

The sentiment was echoed by many who attended the protest, calling the decision ‘disgusting’.

Due to an outpouring of criticism throughout the UK, the home office released a statement defending their decision.

A spokesperson said: “This world-leading migration partnership will overhaul our broken asylum system, which is currently costing the UK taxpayer £1.5 billion a year – the highest amount in two decades.”

Rwanda’s president has been accused on more than one occasion of abusing human rights.

Conservative MP Simon Hart responded to the critics by saying: ““I think the first thing is we have to deal with this problem.

“We have a very good relationship with Rwanda: It’s an up-and-coming economy, it has got a very good record with migrants in this particular issue.

“And it’s an arrangement which I think suits both countries very well and provides the best opportunities for economic migrants, for those who have been in the forefront of this particular appalling problem for so long now.

Swan gets “a-rest” in police car after rescue by RSPCA