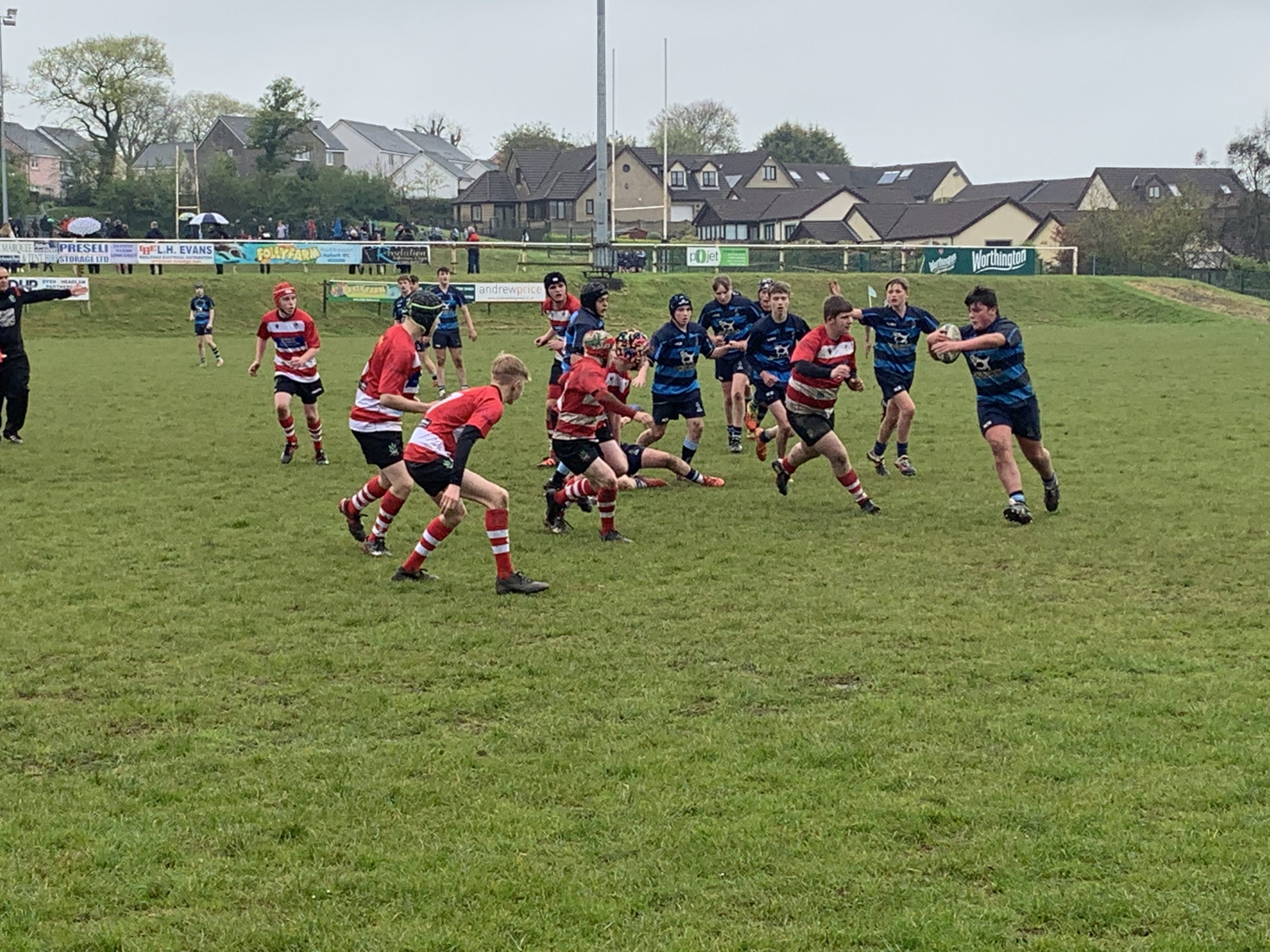 ON Sunday May 1, the Narberth Rugby ground was invaded by hundreds of Parents and grandparents as seven visiting clubs came to play in the under-age end-of-season rugby tournament.

Some had travelled from the South Wales valleys and Narberth neighbours Whitland also were present.

Whilst the weather was cool over the Bank Holiday, the drizzle did not dampen the enthusiasm of the players, coaches, support staff and parents.

The Otters Lair food cabin was staffed by young stalwarts Lily Bowen and Blossom Young who prepared non-stop coffees and bacon rolls for the visitors.

The servery had a permanent queue for the refreshments from the start of proceedings at 10.00am right through to the last game at 2.00pm.

Equally, the main clubhouse Lounge Bar, and Members bar, was staffed by committee members volunteers Martin Bowen and Treasurer John Llewellyn to assist the kitchen and bar staff on an extremely busy day.

So, if parents from the Narberth Town and neighbouring districts want to get their children into an active sport for boys and girls there will always be a warm welcome in Narberth, Contact Martin Bowen 07811 049989 or Bobby Simon 07521 577609 for more details.

Older persons, male or female, wishing to take part in Walking Rugby to participate in an active outdoor pursuit have the opportunity to take part on Tuesday evenings at 5.45pm.

For details email narberthwalkingrugby@gmail.com  or contact Mr Mark Richards and he can be contacted on his mobile 07929 096 977.

The photographs of some of the games capture the ambience of the Mayday festival which was a credit to the players and the their supporters.

Chris Reynolds, also known as Decker, coach of the under 14’s gave the following brief report of one of their two games which was between Narberth u14’s v Oakdale u14’s.

This was a good quality game played by both teams. The game started off with Oakdale kicking off followed by a positive run of the OTTERS Morgan Bethel and an early try by Charlie Reynolds, converted by Callum Goeman.

Then another positive move from the kick off with Callum scoring and converting his own try. The game was well contested with Oakdale working hard. A hard fought scrum near the Oakdale 22 lead to an opportunity for Gethin Llewellyn to manage a try, Callum then hit the post with his conversion which brought the score to 19-0 to Narberth at half time.

In the second half Oakdale kicked off to a positive Narberth team with the OTTERS Will Ford the prop gaining huge yardage, forcing Oakdale backwards and gaining another try by Will Ford, converted by Callum. Oakdale then had some good possession a but strong defence by Narberth held them back. There was some real sting in the OTTERS play from Tyla Beeken and  Noah Jenkins.

In the final 10 minutes Narberth pressed hard in Oakdale’s half with Callum Reynolds scoring another breakaway try, this time converted by Gethin Llewellyn. The final score a home win for Narberth 33-0.

The coach expressed his thanks to Thanks for Selina and Sharalyn for working tirelessly on the cake stall today and also to bhis fellow coaches Darryl and Dean.

Dock hit single off last ball to tie with Narberth