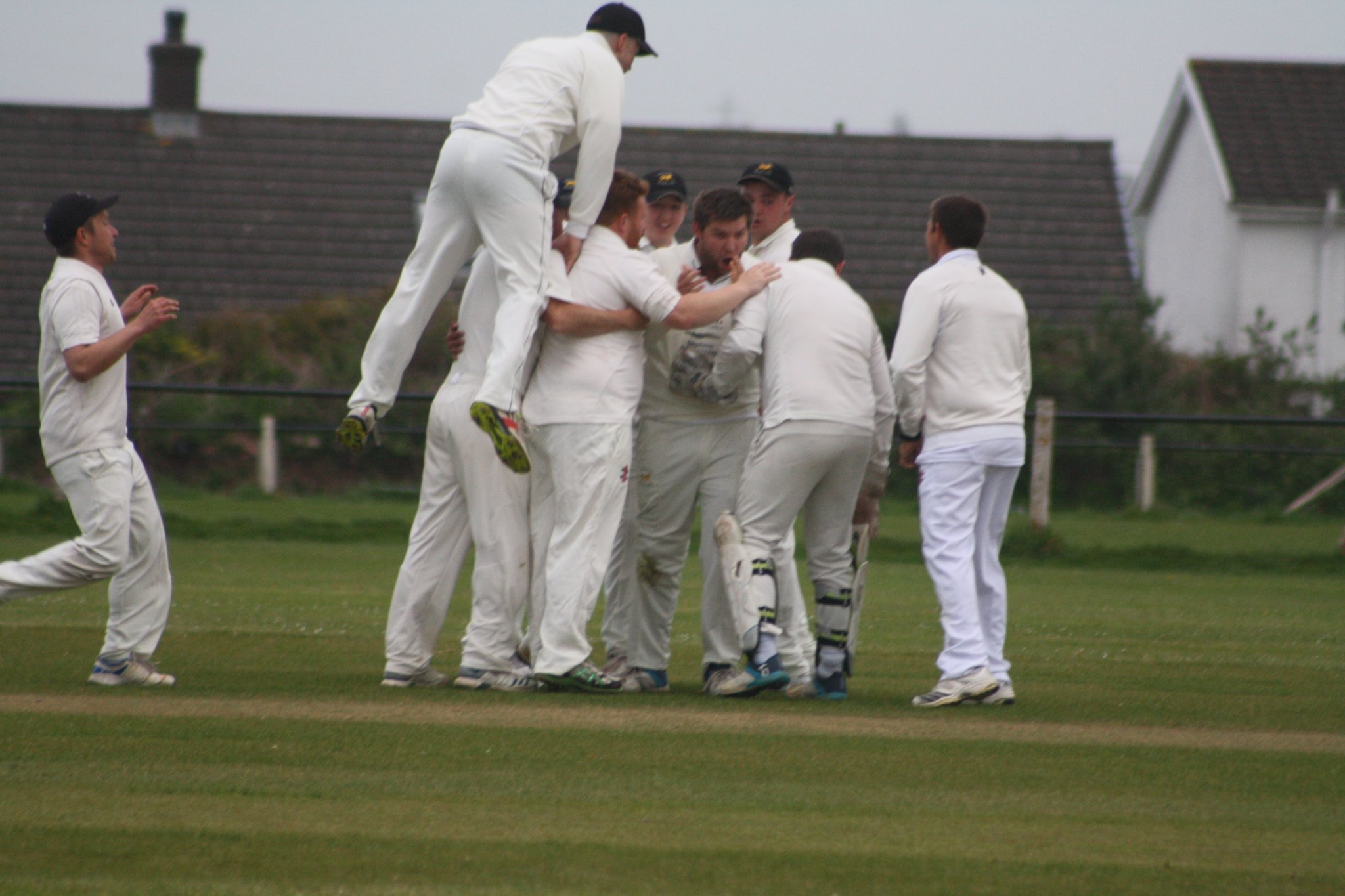 LAWRENNY sent Harrison Bowl holders Neyland crashing out of the first round on Tuesday night (May 10) as they sealed an excellent 25-run win.

Lawrenny won the toss and chose to bat but they were bowled out for 107, putting Neyland in control.

However, an excellent bowling and fielding display from Lawrenny saw them do the same to their opponents, bowling them out for 82.

Harry Thomas and Steve Lewis had got the visitors off to a decent start as they shared 42 runs for the first wicket but wickets then began to fall at regular intervals.

Lewis hit a four and a six in his score of 18 but he was run out by Sean Hannon.

Ryan Morton was bowled by Andrew Miller before Harry Thomas was caught bt Patrick Bellerby off the bowling of Ross Hardy on a score of 26.

Troy Purslowe was then stumped by Sean Hannon off the bowling of Miller as Lawrenny were reduced to 58-4.

James Phillips and Joe Kidney added 18 runs for the fifth wicket but Phillips was caught by Hannon off the bowling of Miller.

Tom Cole hit a six in a quick score of 9 but he was run out by Hannon as Lawrenny looked to push the run-rate up.

Kidney fell on a score of 8 and Finley Lewis followed soon after as he fell to the bowling of Patrick Hannon.

Hannon also had the wickets of Rob Williams and Jamie Lewis as Lawrenny slipped to 107 all out after 21.3 overs.

Paul Murray and Patrick Bellebry got Neyland going with 28 runs for the first wicket but Lawrenny made the breakthrough when they had Murray caught by James Phillips off the bowling of Rob Williams.

Ross Hardy was out for a golden duck as he was caught by Harry Thomas off the bowling of Ryan Morton.

Brad McDermott-Jenkins hit a six in his score of 9 but he also fell to Morton who then took the wicket of George Evans.

Rob Williams then bowled Jack John before Patrick Bellerby, who had been invoking memories of his century in the 2021 final with 25 off 17 balls (two fours and a six), was bowled by Ryan Morton.

That left Neyland reeling on 46-6. Sean and Patrick Hannon came together at the crease looking to steady the ship and they added 14 runs for the seventh wicket.

Hannon was caught by Phillips off the bowling of Jamie Lewis. Andrew Miller was run out as Neyland slipped to 74-8.

Sam Laugharne was bowled by Steve Lewis and soon after the game was over as Jamie Lewis bowled Gary Lloyd.

It left Patrick Hannon not out on 19 but it was Lawrenny who celebrated a shock win.

Lawrenny’s win has earned them a second round tie away to the winners of the game between Burton and Lamphey.