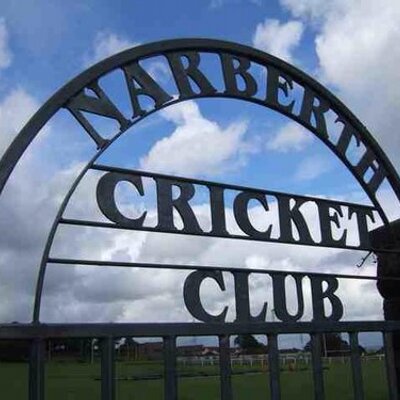 NARBERTH jumped up to third place in Division 1 on Saturday (Jun 4) as they beat Haverfordwest.

They were the only Division 1 side to secure a win after all other games were abandoned because of the rain.

Haverfordwest won the toss and chose to field and they did reduce Narberth to 54-5 but a half century from Kyle Quartermaine helped Narberth post 191.

Louis Davies was ran out early on for a duck and Jordan Howell and Richard Adams fell in quick succession to Ashley James and Johnny White respectively.

James then trapped Dan Hughes leg before and Clive Tucker then bowled Jamie McCormack who had reached a score of 16.

Kyle Quartermaine and Lewis Hough steadied the ship and they shared 88 runs for the sixth wicket.

Hough hit three fours in his score of 36 but he was then bowled by Adam James. He then did the same to dismiss Ben Quartermaine for a second ball duck to leave Narberth on 142-7.

Kyle Quartermaine hit eight fours and two sixes in his score of 64 from 59 balls but he was then cught by Will Phillips off the bowling of Archie Thomas.

There were late scores of 13 from Ben Hughes and 15 not out from David Johns as Narberth finished with a good total.

Town knew they needed a good start but they soon found themselves in trouble on 7-3.

Mikey Jones was trapped leg before by Ben Quartermaine who then bowled Danny Potter.

Louis Davies then trapped Adam James leg before and he also claimed the wicket of James Marchant to reduce Town into further trouble on 14-4.

Archie Thomas hit two fours in a score of 8 but he was bowled by Louis Davies who then had Ashley James caught by Dan Hughes, reducing Town to 28-6.

Davies then claimed his fifth wicket as he trapped Ben Field leg before for a duck to make the score 36-7 while also giving Davies figures of 5-28.

Chris Phillips and Johnny White offered some resistance as they shared 34 runs for the eighth wicket.

Phillips hit six fours as he reached a score of 40 but he was then caught by Jamie McCormack off the bowling of Matthew Johns.

Will Phillips was bowled by Johns before Clive Tucker was trapped leg before by David Johns, leaving White not out on 10, as the game was concluded before the rain came in.

On Saturday, June 11, Narberth travel to Saundersfoot while Haverfordwest go to Pembroke Dock.