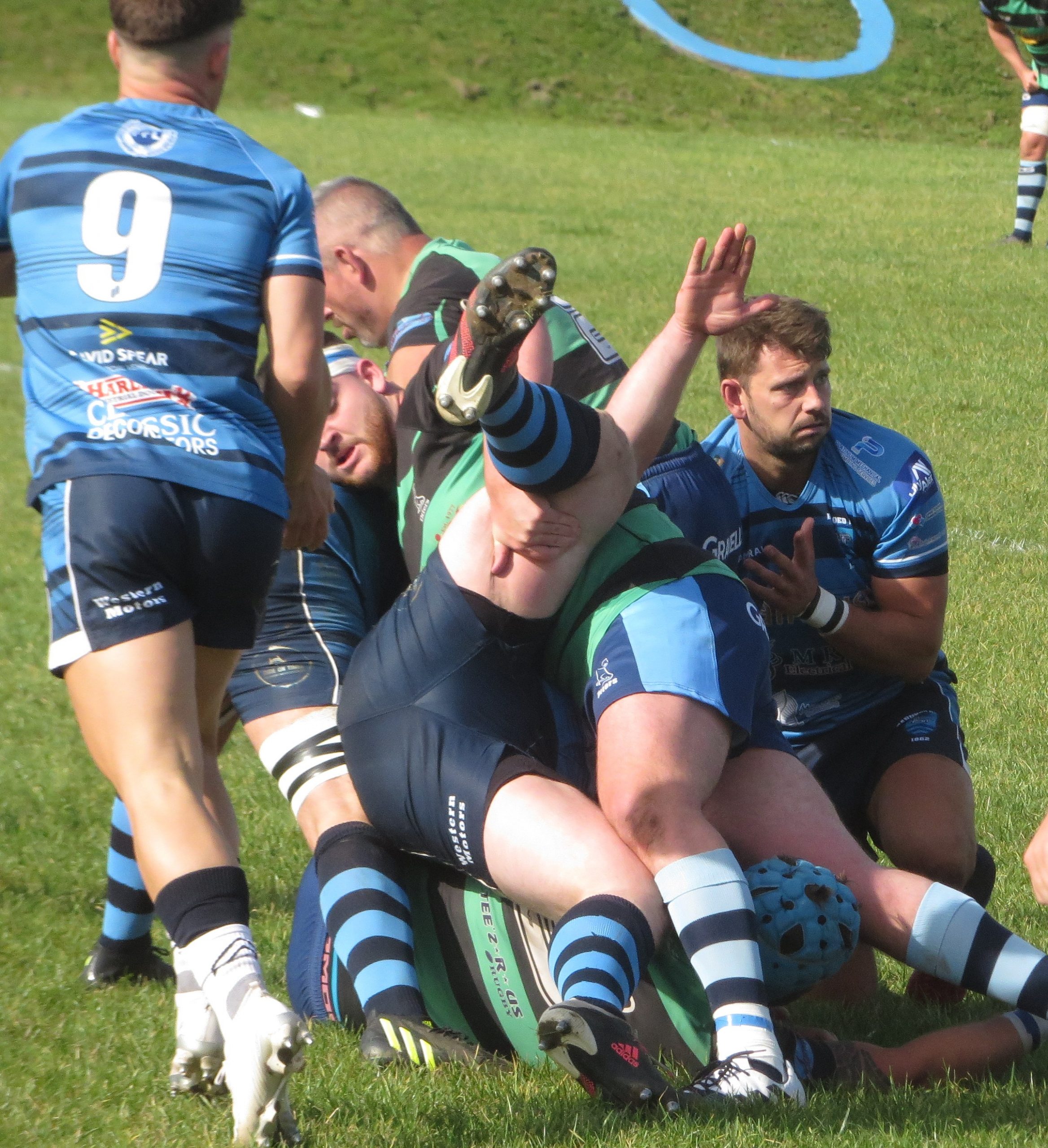 ON Saturday (Sept 17) Narberth hosted Bargoed, last season’s top of the table side, and a fiercely contested match was expected and what a classic it turned out to be watched by a large and enthusiastic crowd.

After ten minutes Narberth were first to score when after a charging run from Prop Bradley Davies the ball was spread wide to centre Hedd Nicholas who cut inside his opposite number and passed to his supporting co centre Ilan Phillips who scored near the posts. Full back Nick Gale converted (7-0).

Narberth suffered two early setbacks with Prop Lewis Davies pulling a hamstring in a scrum and Nick Gale having to leave the field with a head injury. The respective replacements were Sean Janes and Ashley Sutton.

The home team then gave away a penalty in front of the posts which the Bargoed centre kicked to make the score 7-3.

Shortly afterwards Bargoed had a lineout five metres from the Otters line and after a driving maul the ball was spread wide to their right wing who scored in the corner. The try went unconverted (7-8). Narberth were then awarded a penalty which fly half Jonathan Rogers kicked to push the home team in front again (10-8).

A few loose kicks out of defence by the Otters saw Bargoed counterattack and eventually their second row scored close to the posts and the try was converted to give Bargoed the lead again (10-15).

Just before halftime Narberth nearly scored again when a pass from wing Josh Davies to centre Nicholas ten metres from the try line was adjudged to be forward.

After the break the Otters were encamped for long periods inside the Bargoed 22 metre line but just couldn’t break down the visitors’ solid defence.

Narberth 2nd Row Alex Jenkins looked to have ripped the ball from a Bargoed defender and touch down over the try line, but the referee was unsighted, and the chance was lost. Then slightly against the run of play kicked a further penalty to stretch the lead to 10-18.

Narberth refused to give up and a dazzling run by Sutton saw him outpace the defence, step inside the opposing fullback and score a great try in the clubhouse corner which was not converted (15-18).

Almost immediately Bargoed responded with a further penalty to again stretch the lead to six points (15-21).

Bargoed got back down the field and were pressing near the Otters try line when a long pass was intercepted by Narberth wing Jordan Roberts who sprinted the length of the field only to be collared by the Bargoed winger one metre from the try line.

Both players fell to the ground and the referee immediately awarded a penalty try for a high tackle to put the Otters in front 22-21. In injury time Rogers kicked a further penalty to stretch the lead to 25-21.

Narberth supporters were praying for the final whistle to blow but the referee played on until the twelfth minute of injury time when Bargoed launched a last ditch attack.

Their centre was tackled right beneath the grandstand and 95% of those watching (including Bargoed supporters) thought the ball had gone forward from his grasp in the tackle.

Narberth players stopped, expecting the whistle to blow, but the Bargoed wing picked up the ball and started trotting towards the Narberth posts glancing at the referee who waved play on and the visitors scored a converted try with the last play of the game to win the match 25-28.

A very disappointing result for the Otters after all their hard work against one of the league’s top teams but they couldn’t be faulted for their effort and commitment throughout the match.

Blues prove too strong for Amman