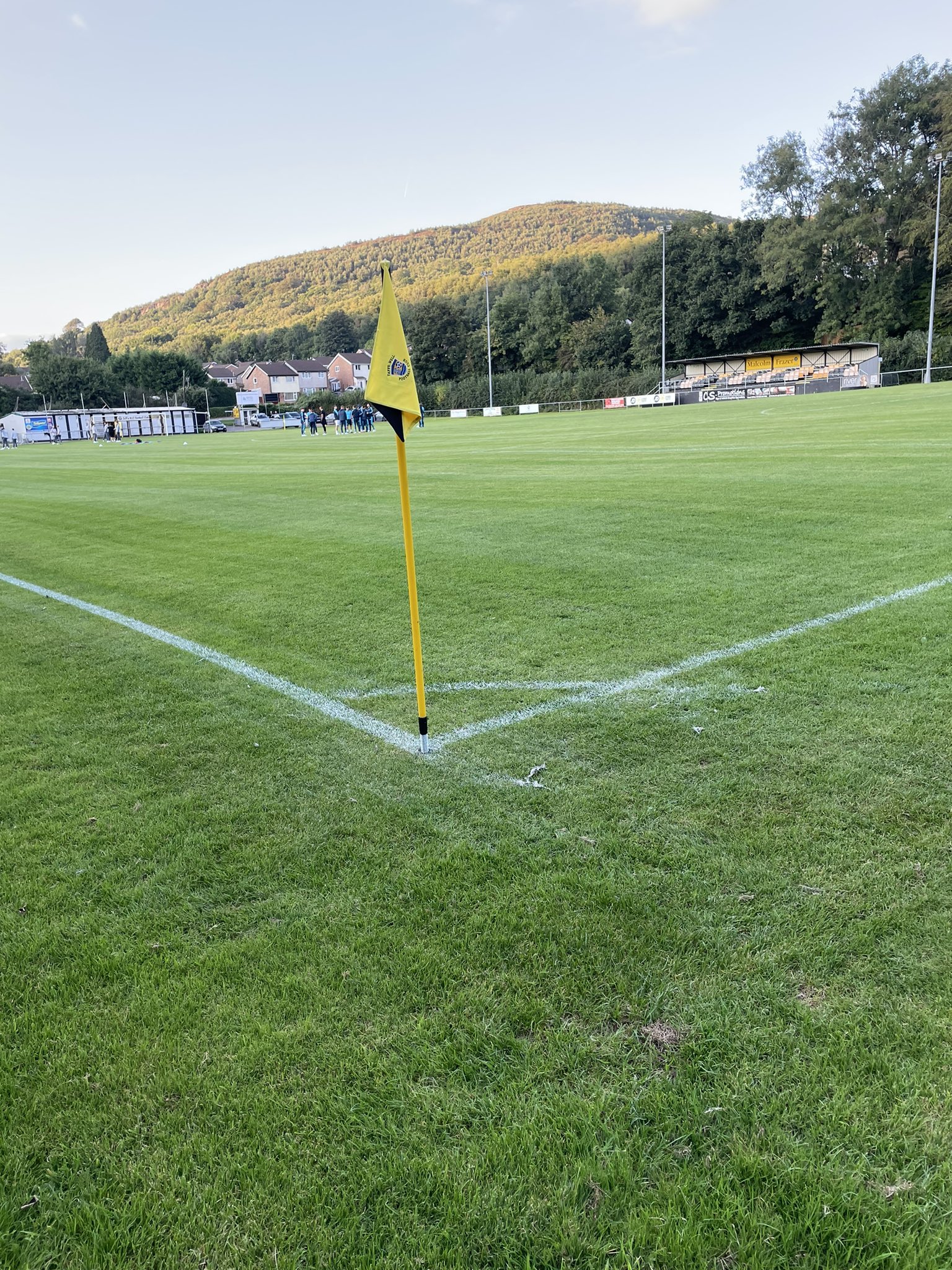 HAVERFORDWEST County exited the MG Cup on Tuesday night (Sept 20) as they were beaten on penalties by Taffs Well.

The Bluebirds made three changes from Saturday’s game, Harri John making his first start while Lee Idzi and Iori Humphreys were brought in.

They started the game well as Jordan Davies shot wide after being played in by Jamie Veale and Davies also saw a shot blocked but appeals for a handball were waved away.

Jack Wilson also saw a shot saved as the Bluebirds continued to look for the opening goal.

The Bluebirds still had to be weary of the threat posed by Taffs Well and they came close when Ethan Cann saw his first time effort saved by Idzi.

Ben Fawcett then broke free into the area but his cross just evaded everyone and the danger was cleared.

With 23 minutes gone it was the home side who took the lead as Ethan Cann found the back of the net.

The Bluebirds looked to get back into the game but Wilson saw a shot saved before a header hit the bar and bounced down on the line before being cleared.

Jordan Davies then had another chance to level but he saw his low shot saved.

Taffs Well held on to their 1-0 lead until the break and after an even start to the second half they almost doubled their lead as Jan Maertins’ shot hit the post.

With just over an hour gone, Jack Wilson’s shot from distance found the top corner to level the game at 1-1.

The Bluebirds were shouting for a penalty moments later when Fawcett went down but the referee waved play on.

Rhys Abbruzzese then saw a shot go wide before setting up Fawcett two minutes later, but he also shot wide.

Harri John then squared the ball for Davies but he saw his shot go over.

Fawcett then saw a shot saved and the rebound fell for John but his shot was tipped over the bar.

They were unable to find a winner and it meant that penalties would be needed to separate the sides.

Both sides converted their following spot kicks and after four each it was 4-3 to the Wellmen.

Jack Wilson stepped up knowing he had to score to keep his side in it but he saw his effort hit the bar, sending the Wellmen through to the quarter finals.

WRU Cup round up: Fishguard win but Tenby’s game called off