UNEMPLOYMENT in Wales has fallen faster than the rest of the UK for the fifth successive month.

New ONS statistics show that 4.3% of Welsh people were out of work for the quarter up to and including June, against 4.8% in the previous period.

Unemployment at a UK level is slightly higher, at 4.9%.

Commenting on the figures, Conservative spokesperson for the Economy, Russell George AM, said:

“These figures are great news for Welsh communities, and further evidence that the UK Government’s long term economic plan is delivering economic growth for the whole of the UK.

“Unemployment in Wales is at its lowest level for more than a decade, illustrating growing confidence in the economy, and it is falling faster in Wales than in any other part of the UK.”

“Over the past 12 months, Wales has seen unemployment fall faster than anywhere else in the UK. We are ahead of England, Scotland and Northern Ireland with unemployment declining at a rate more than twice the UK average and now standing well below the UK rate of 4.9%.

“Over the same period, employment in Wales has also increased by 17,000 and is close to its highest recorded level.

“As a pro-business government, we are continuing to work hard to support the right economic conditions to help create and safeguard jobs right across Wales. Whatever happens around us, we will continue to provide a strong, stable and secure environment for business and enterprise.”

Plaid Cymru AM for Carmarthen East and Dinefwr, Adam Price, welcomed the drop in Welsh unemployment levels but warned that the positive headlines hide the real story of growing economic inactivity in Wales.

Mr Price said that Wales was still blighted by a low-wage economy meaning that in-work poverty is a very real problem facing many people throughout the country, and made the case for infrastructure investment to create high-skilled, well-paid jobs.

Mr Price, the Shadow Cabinet Secretary for Business, Economy and Finance, said: “Plaid Cymru welcomes the drop in unemployment in Wales from 4.6% to 4.3%, taking us further below the UK average of 4.9%.

“However, this positive headline hides the fact that economic inactivity in Wales has risen by 0.8% – a worrying figure which highlights the fact that fewer people are in work or looking for work.

“The main problem facing workers in Wales is that they are blighted by a low-wage economy, meaning that in-work poverty is a real issue.

“Plaid Cymru has long advocated a modest increase in infrastructure spending in order to get the Welsh economy moving by creating high-skilled, well-paid jobs and to generate sustainable growth.

“We also want to see the introduction of a real living wage – not the sham version adopted by the then Chancellor Osborne – so that people aren’t struggling to make ends meet despite being in employment.”

Councils warned they have two years to improve local elections 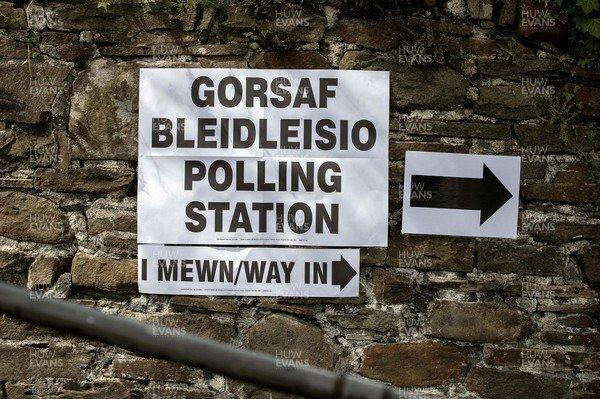 THE CHARTERED INSTITUTE OF ENVIRONMENTAL HEALTH (CIEH) has joined over 60 charities in their call for the UK Government to implement a suite of measures to prevent millions of households falling into fuel poverty this winter.

CIEH have signed a joint letter released last week as part of our involvement in the ‘Warm this Winter’ campaign. Warm This Winter is a new campaign demanding the government acts now to help people struggling with energy bills this winter and to ensure we all have access to affordable energy in the future.

The Government has already introduced a number of measures designed to support households with soaring energy bills, namely the Energy Price Guarantee. Originally introduced by Liz Truss, freezing the price cap on energy for two years, it was then reduced to 6 months by the Chancellor Jeremy Hunt. Secondly, the Energy Bills Discount Scheme introduced by Boris Johnson, which offers £400 to households, spread over 6 months from October to March.

However, even with the Government’s support package this winter, 7 million UK households will still be in fuel poverty and forced into making impossible choices. This will rise to 11 million households – over a third of UK households – next Spring without additional targeted support.

Warm This Winter are seeking to put pressure on the Government by making the following asks:

CIEH has consistently supported calls for the Government to both increase financial support for households facing fuel poverty this winter as well as calling for the rollout of a national programme of insulation measures.

Ross Matthew, Head of Policy and Campaigns at the Chartered Institute of Environmental Health, said: “CIEH are delighted to lend our support to the Warm This Winter campaign.

“We have been consistent in our calls for the UK Government to provide greater support to households who are being faced with the impossible choice of turning on their heating or putting food on the table.

“While current government measures may prevent a full-blown crisis this winter, we are concerned that there is no long-term plan beyond Spring. That is why we also support Warm this Winter’s calls for the rollout of a national programme of home insulation as well as greater investment in renewable sources of energy in the long term.

“We urge the UK Government to recognise the severity of the situation many households face and to take urgent action.” A former Plaid Cymru employee made the allegations via Twitter yesterday (Tuesday, November 1).
The Herald has screenshots of the allegations. However, we cannot detail the allegations or identify the persons they relate to for legal reasons.

We spoke with the complainant and respect their request for their identity to remain anonymous.

The tweets allege a toxic culture within Plaid Cymru, echoing the “Pestminster” scandal that engulfed the House of Commons in 2017/18.

We approached Plaid Cymru on Tuesday, November 1. We asked them to respond to the serious allegations, including one of sexual assault. We provided details of the tweets and asked for a response before publication.

A Plaid Cymru spokesperson told The Herald: “Plaid takes all allegations very seriously, and the party has processes in place to investigate them.

“At present, the allegations in question remain just that.

“We ask for everyone to respect the process the party must follow in this situation, and to guard against making any comments that may be considered to be baseless insinuations, or indeed defamatory about the situation or the individuals involved in it.”

The Herald believes the Chair and the Head of the Disciplinary Committee discussed the allegations in a meeting yesterday.

Plaid Cymru came under scrutiny earlier this year for the National Executive Committee’s attempt to rewrite its disciplinary procedure after one completed that did not lead to the result some on the NEC wanted.

As a result, Plaid Cymru said it would revisit and strengthen its disciplinary procedures to provide more protection to those making allegations of abuse.

A Plaid Cymru insider told The Herald: “These are extremely serious allegations.

“The party has covered up other incidents of this nature; however, in this case, the victim going public means that those who have covered up in the past cannot hide from this issue any longer.