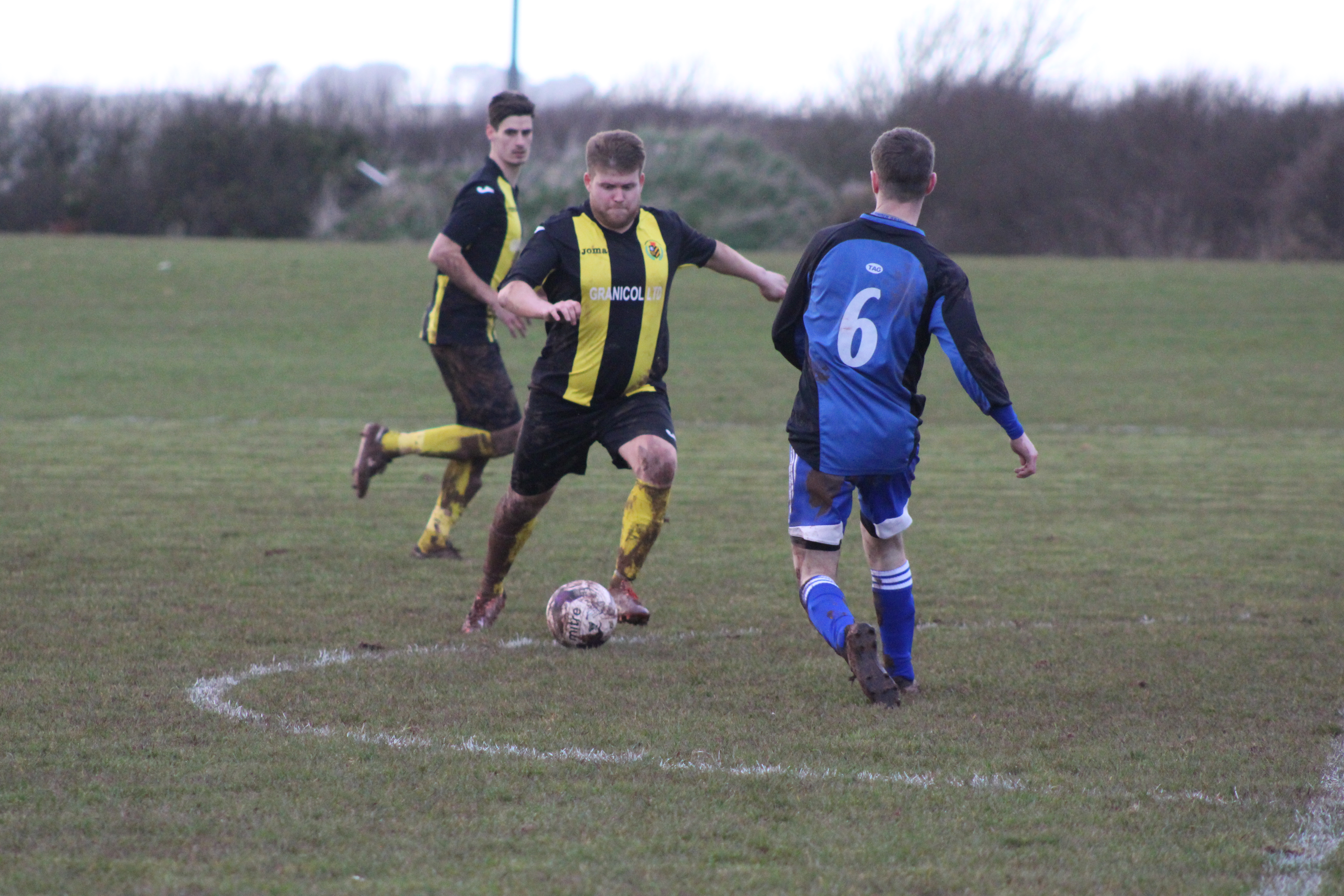 HERBRANDSTON moved level on points with third from bottom Angle on Tuesday (Apr 3), as they beat them 5-3 with Scott Reid scoring a hat trick.

It was an even start with both sides looking to go ahead but the breakthrough eventually came after eight minutes and it was the visitors who opened the scoring.

Lee Brockway crossed into the box from the left and Sam Richard was in the right place to tap the ball home from six yards out.

Herbie looked to respond immediately when Scott Reid beat the keeper to the ball but his effort was blocked wide for a corner.

From that corner, Alex Ouzman saw his effort pushed wide for another corner and the resultant set piece saw Mark Jones head the ball in.

Nick Willis looked in good form for Angle as he did well to win the ball back before looking to set up a team mate but his cross was blocked. Willis also then had a shot tipped over by Herbie keeper Gareth Marshallsay. Moments later, Herbie took the lead as the ball was thrown into the box for Scott Reid who did well to turn his defender and fire into the bottom left corner of the net.

Marc Gelona then shot wide for Herbie while Willis again saw an effort blocked for the away side.

With four minutes to go until half time, Herbie made it 3-1 as Reid fired in an excellent cross and Ryan Davies stooped low to head the ball in.

Angle came out for the second half determined to get back into the game and with an hour gone they pulled a goal back.

Brockway crossed into the box and Jake Seaton was on hand to send the ball into the back of the net.

However, Herbie then scored their fourth from a free kick which Reid sent sailing into the top corner for his second goal of the game.

Angle did not give up and were awarded a penalty but after Josh Richards’ spot kick was saved, Nick Willis arrived first to the ball to knock the ball in and make it 4-3.

With time running out the ball was played to Reid who scored another excellent goal to all but seal the points.

The win means the two side are now locked on 17 points and with Herbrandston having only three games left to play compared to Angle’s seven, they will be desperate to pick up the points in their remaining games.

Herbie are without a game on Saturday (Apr 3), but Angle will be looking to bounce back as they take on Clarbeston Road at home.