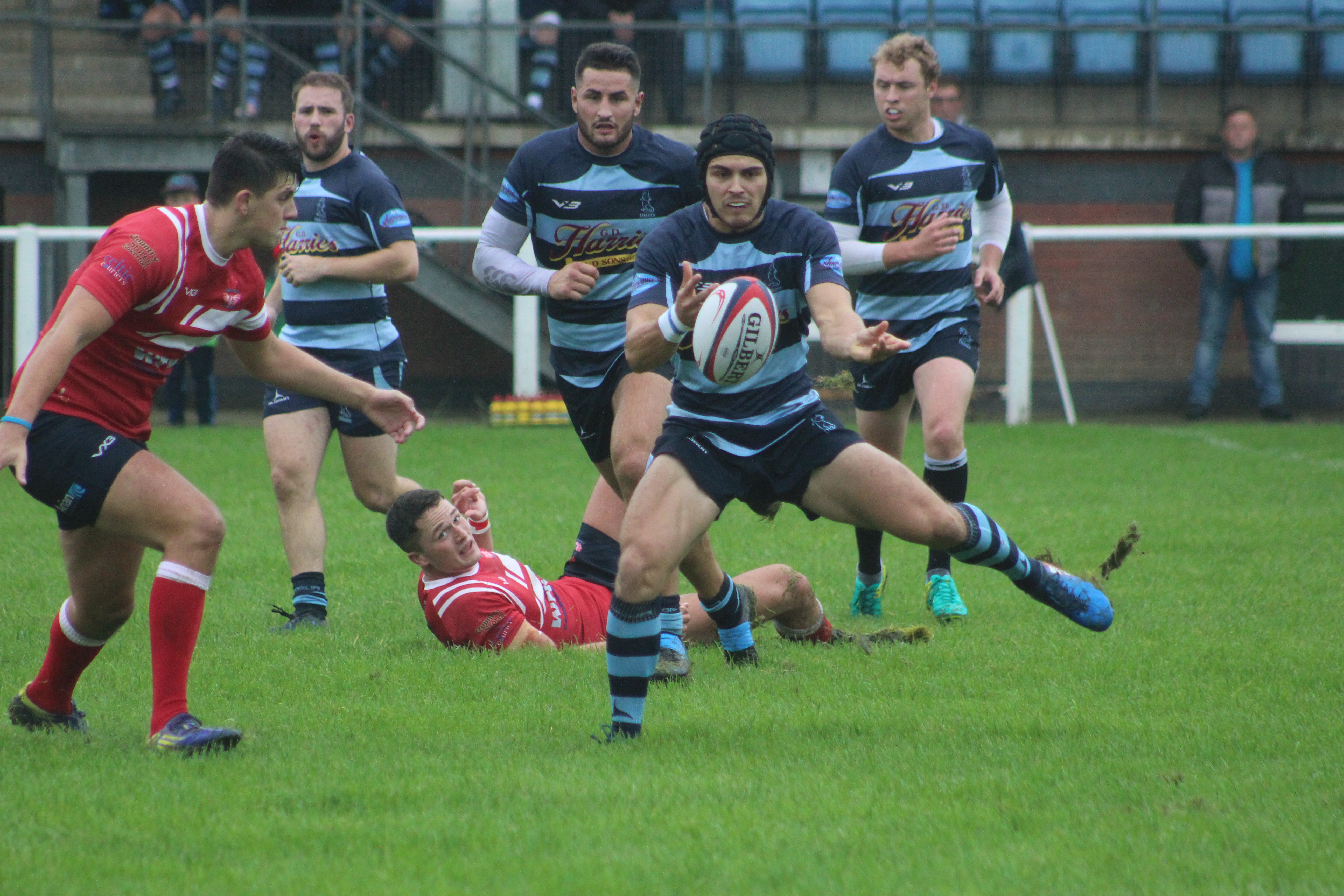 PEMBROKESHIRE rugby teams will get their seasons underway on Saturday, September 1, with all hoping to have a successful season.

Championship side Narberth had an excellent 2017/18 campaign, finishing second in the table behind runaway leaders Pontypool.

They had 14 wins from their 22 games and they will be looking to go one better this time around. Narberth have played two friendlies prior to the season beating Felinfoel 29-0 and Principality Premiership side Llanelli 17-12.

The Otters begin their season away to Beddau and have already named their team with Nick Gale, Jack Price, Jonathan Rogers and Tom Powell all starting.

In League 1 West, last season’s escape artists Crymych will be looking to achieve a finish similar if not higher than the sixth place they achieved in May.

Crymych were bottom of the table at the end of 2017 with just one win but a remarkable second half of the season saw them pick up ten wins to secure their place in the Division.

They also welcome back Tristan Lewis from Whitland and on Saturday, they get their campaign underway against Tenby United in an exciting Pembrokeshire derby. Tenby have had a busy pre-season, making a number of new signings including Lloyd Thomas, a former youth product, who returns at Outside Half. Lloyd transferred to Mahurangi Rugby Club in New Zealand in 2013, representing their premier team 84 times in the North Harbour league and became a firm favourite.

19 year old Second Row Tom Barrass, in his first year out of youth has followed Ossie Boswell from Pembroke Dock to Tenby United having impressed during his 1st XV appearances last season.

Jack Broadhurst, last season’s Narberth Youth Captain and Player of the Year, has also signed having previously represented the Swifts section before heading to Narberth.

Whitland, promoted from League 2 West last season, will be looking to get their season off to a flying start when they take on Gorseinon at home on Saturday.

Gorseinon finished fifth last season and will provide a good test for the Borderers on their return to league 1.

Marc Jones will captain the side for tomorrow’s opener, with Nico Setaro, Scott Buird, Jack Mason and Josh Thomas all in the starting XV.

Fishguard finished last season in ninth place in League 2 West and they will be aiming to achieve a higher finish this time around.

The Seagulls won 18-14 in the Pembrokeshire Cup against Haverfordwest on Tuesday, providing a good test before the start of the season.

Pembroke won the League 3 West A title with just one defeat to their name and they will be eager to get underway in League 2 on Saturday. Pembroke have welcomed back James Skeels, Daffy Lewis and Mark Williams to their squad and they will be aiming to replicate the achievements of Saturday’s opponents St Clears in their first season at this level.

St Clears enjoyed a successful first season in League 2 last time around and they will be aiming to improve on their eighth place finish.

The Saints parted ways with Head Coach Mike Jones in the summer but have welcomed Tim Poole as their new first team coach with Lee Glanville joining as Defence coach and Rhodri Jones as attack coach.

League 3 West A will once again be a tightly contested league this season with Milford Haven, Laugharne and Haverfordwest again in contention for promotion.

Milford finished second last season and with Pembroke now a league above, they will aiming to get off to a good start against Pembroke Dock Quins at Bierspool.

Nathan Williams has returned to lead Milford while Jamie Lewis will captain the side on the pitch and they will be hoping to have a successful season. Likewise will be the Quins who had six wins to their name last season but they will be looking to improve on their eighth place finish.

Haverfordwest will also be aiming for a return to League 2 and will be led by captain Matthew Clark.

He is joined by fellow new signings Adam Clark, Craig Barnett, Ashley George, Jamie Barnett, Jack Clancy, Kern Cunningham and Jamie Plumb. All will be hoping they can help the Blues to improve on their fifth place finish from last season.

They begin against a Llangwm side who will be determined to get off the mark early in the season.

The Wasps played Neyland in the Pembrokeshire Cup on Tuesday and pushed them all the way before succumbing to a 29-10 defeat.

Neyland will also be looking to get the season off to a good start on Saturday but they face a long trip to Ceredigion to take on Tregaron.

They had an excellent 2017/18 season with ten wins from their twenty games to achieve a sixth place finish but level on points with Haverfordwest and they will be aiming to improve on that.

St Davids are without a game this weekend but they get their season underway next week (Sept 8) when they travel to Llangwm.

Pembroke open with a win

Reds given the Blues by County