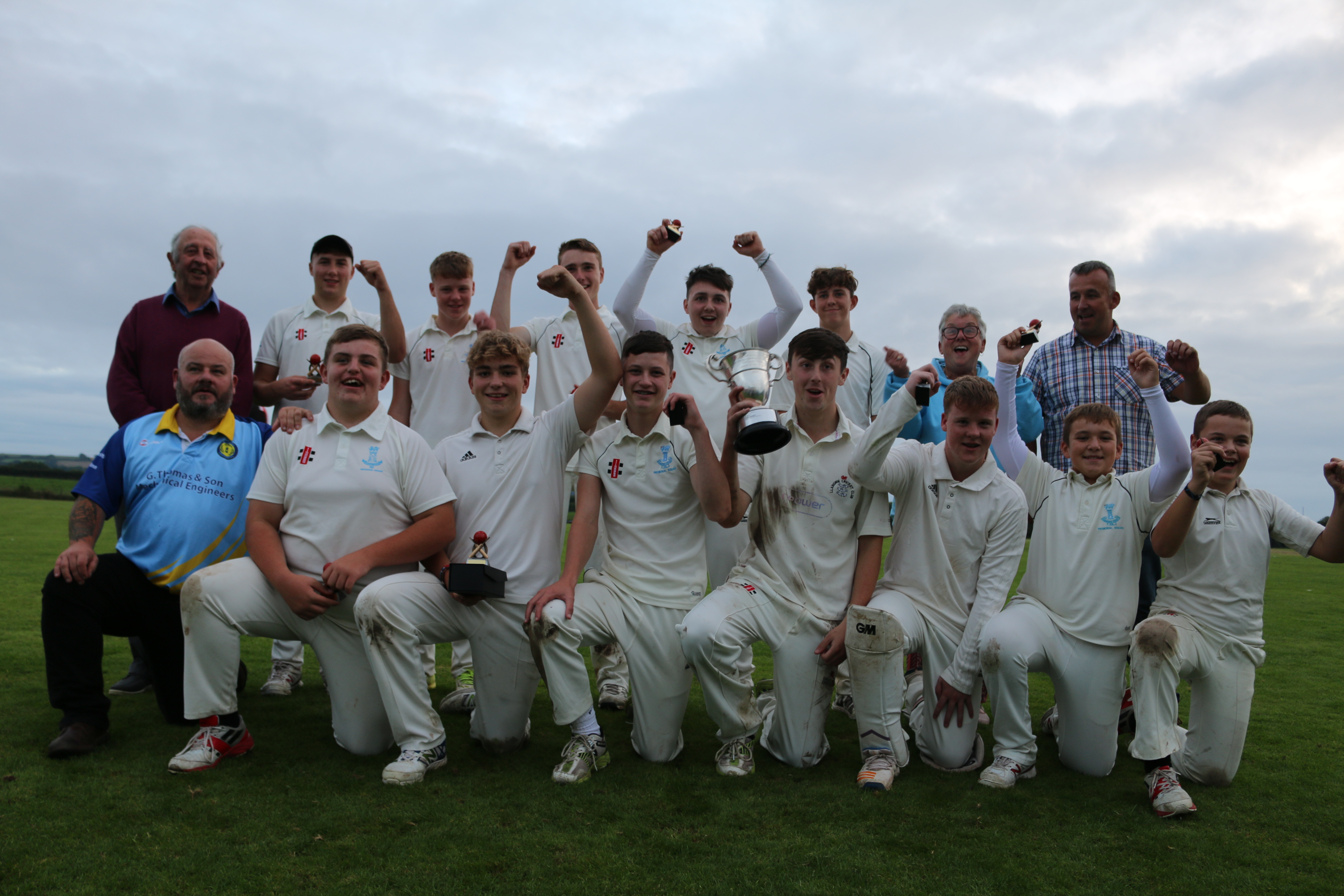 HOOK and Llangwm won the 2018 Ormond Youth Cup on Sunday (Sept 2) as they beat last year’s winners Carew and Saundersfoot in the Final.

Rain had put the match in doubt but the excellent work from the Carew groundstaff meant the teams were able to get the game underway shortly before 1:30pm with a full game in prospect.

Carew and Saundersfoot won the toss but invited their opponents to bat with the ground still damp from a sprinkling of rain.

Despite that, openers Noah Davies and George James got their side off to an excellent start with a stand of 65 runs.

That was broken when Rhys Grigg bowled James on a score of 36 that included three fours and two sixes. Soon after Tom Mansbridge had Aled Phelps caught by Lewis Catt, leaving Hook and Llangwm on 66-2 nearing the halfway stage.

Mansbridge then picked up his second wicket as Davies was stumped by Morgan Grieve on a score of 25.

Jack Nicholas then scored 20 to take his side to 100 but he was then bowled by John Mansbridge.

Keegan Codd added another ten runs to the total but he was also heading back to the pavilion when he was caught by Grieve off the bowling of Carl Thomas.

Ben Fairburn and Finlay Elrick then finished not out as they guided their side to an opening total of 123-7.

Carew and Saundersfoot’s reply did not get off to the best of starts as Tom Mansbridge was bowled by Noah Davies with the fourth ball of the innings.

John Mansbridge and Morgan Grieve then got their side off the mark with a stand of 32 before something quite special happened. Aled Phelps was brought on to bowl and with the second ball of his second over he had Mansbridge stumped by Jack Nicholas on a score of 16. Phelps then bowled Carl Thomas and Rhys Grigg to claim a sensational hat trick. He wasn’t finished there as he picked up a fourth wicket in a row, bowling Rhys Canton.

That saw the defending champions slip from 32-1 to 32-5 in one over and they were in need of some help.

Morgan Grieve did his best with a score of 31 but he was then bowled by Davies. Tudor Hurle and Lewis Catt both fell in similar fashion as they were stumped by Nicholas off the bowling of Ben Fairburn for scores of 11 and 4 respectively.

Harry Nicholas then picked up the wickets of Taran Richards and Morgan Broomhall to dismiss Carew and Saundersfoot for just 76, giving Hook and Llangwm a lead of 47 at the halfway point.

Hook and Llangwm set about trying to make Carew and Saundersfoot’s final target as big as they possibly could as Davies and James shared 47 runs for the opening wicket.

Phelps then shared 40 runs with Jack Nicholas as Hook and Llangwm’s lead passed 150 runs. Phelps had played well for his score of 35 but he was then run out. Keegan Codd was also run out on a score of 7 while Jack Nicholas finished not out on 18 to take his side to a total of 135-5, setting Carew and Saundersfoot 182 to win.

The Mansbridge duo then made a good start to their reply with Tom scoring 24 before he was caught by Fairburn off the bowling of Phelps.

John scored 21 before he was bowled by Phelps and Tudor Hurle was then caught and bowled by Callum Jenkins to leave them 54-3.

Morgan Grieve and Rhys Grigg then did their best to get Carew and Saundersfoot back on track with Grieve scoring 21 before he was caught by James off the bowling of Jenkins.

Keegan Codd then had Carl Thomas caught by Elrick on a score of 9 and Canton caught by James on a duck.

Harry Nicholas also bowled Lewis Catt on a score of 4 while Grigg had made his way to a score of 46 with three fours and two sixes before he was caught by Elrick, also off the bowling of Nicholas. Nicholas then bowled Taran Richards as Carew and Saundersfoot finished their innings on 137-9, giving victory to Hook and Llangwm by 45 runs.

Aled Phelps was named man of the match for his four wickets in four balls and his score of 35 in the second innings.

Pembroke open with a win 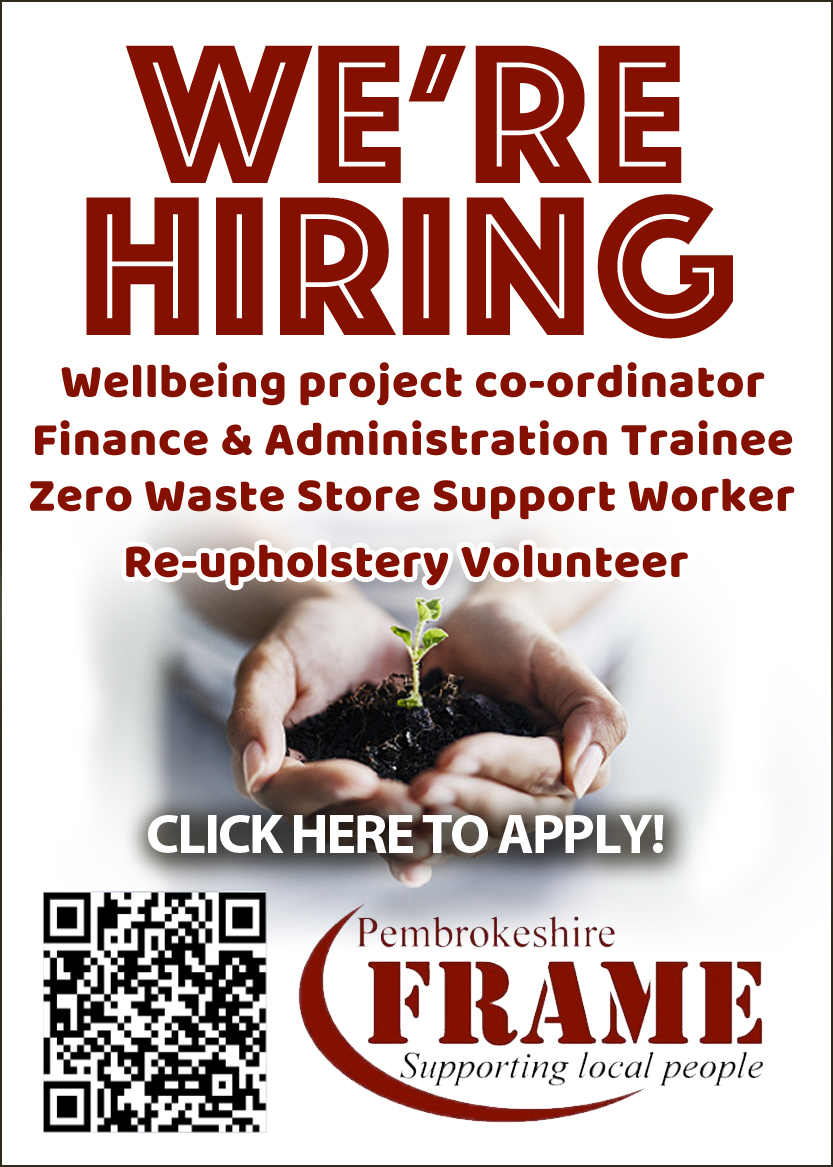