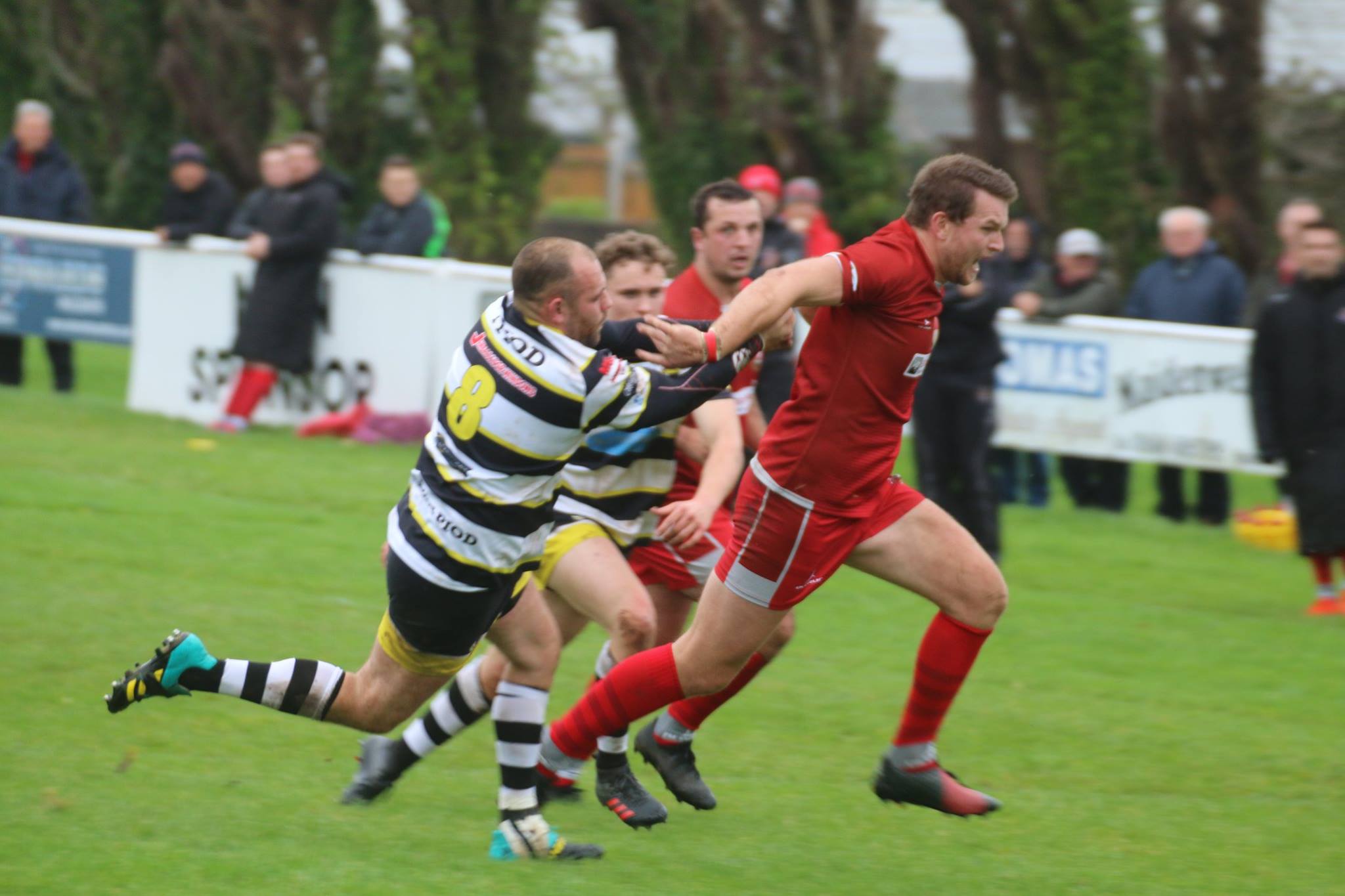 PEMBROKE put in one of their best displays of the season on Saturday (Oct 13) as they beat Tumble 56-8.

Tumble travelled from Carmarthenshire with Storm Callum in full force and there was no let up as they faced a storm of another kind as Pembroke ran riot.

Dan Colley got the home side going early on with the first try of the game before Mitchell Jones replied with a penalty for Tumble.

Dom Colman then went over for Pembroke’s second try but the conversion was missed and the home side held a 12-3 lead.

Tumble came forward again and from a lineout they worked the ball left but were then penalised for holding on. Possession switched hands on a couple of occasions before Pembroke almost scored their third try. From a Tumble scrum, Pembroke overpowered them, pushing them back and Toby Smith picked the ball up and headed for the line. He passed to Fraser James but he dropped the ball as he was going over and the ball was knocked on.

However, they weren’t to be denied their third try as Sam Smith burst through near the posts to touch down giving Toby Smith an ease conversion.

Pembroke then earned their fourth try and a bonus point after good work from Luke Hartland set the ground running for Colley’s second try of the game. Smith then added the extras in front of the posts for a 26-3 lead.

Tumble looked to respond towards the end of the first half when Pembroke were penalised for a tackle off the ball but they were unable to take advantage as the home side kept them out.

At the start of the second half Pembroke came forward and an advantage was played for a high tackle. When it seemed there was no way through the ball was dropped back for Smith who sent a drop goal through the posts.

Fraser James then did get his try and Smith again added the extra two points.

Steffan Price pulled a late try back for Tumble but it did little to affect the final score as Pembroke held on for an emphatic win with Smith claiming a deserved try at the end.

Pembroke now sit fourth in the table and on Saturday (Oct 20) they travel to sixth placed Tycroes.

Tumble have just one win to their name so far this season and on Saturday they are at home to Pontarddulais.

Successful weekend for Croft and O’Sullivan