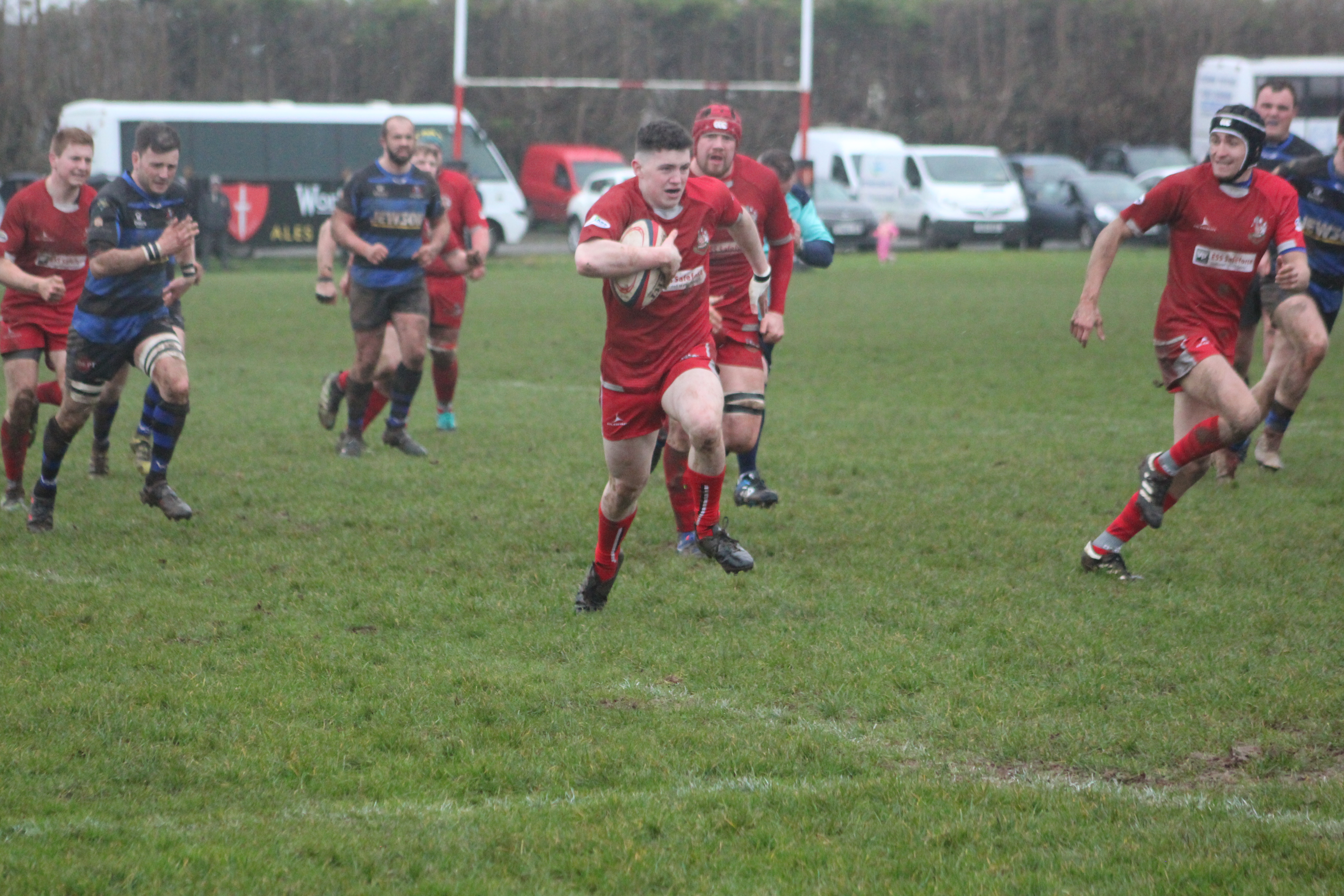 PONTYBEREM came from behind to earn an excellent victory over promotion rivals Pembroke on Saturday (Mar 2) as they earned a 21-17 victory.

The clash between two of the league’s top three had been eagerly anticipated but it was the visitors who eventually came out on top.

Both sides went into the game with unbeaten runs of eight (Pembroke) and seven (Pontyberem) respectively so something had to give.

James Prosser got Pontyberem’s first try of the game and Dominic Sauro added the extra two points to put them 0-7 ahead. Pembroke then hit back well and scored their first try through Sam Smith after some sustained pressure.

Another excellent move followed and it was finished off by Shaun Dalling under the posts and Toby Smith added the extras.

With the score 12-7 at half time the game was still very much up for grabs and it looked as if Pembroke would get the first score of the second half when Tom Harding-Jones kicked the ball forward but possession was lost after a knock on.

Pontyberem went up the other end and after a spell of pressure it was they who got the first score when Dom Sauro kicked a penalty through the posts to make it 12-10.

The visitors then had a man sent to the sin bin and four minutes later Pembroke increased their lead.

A stunning run from Harding-Jones saw him bulldoze his way through and cut inside to score an excellent try. The conversion from Toby Smith was short and Pembroke now led 17-10.

The restart from the Bont was kicked long but a Pembroke player carried the ball into touch when trying to catch the ball giving possession straight back. The visitors made their way over to the right but were penalised for holding on.

Moments later the visitors scored another penalty with Sauro making no mistake to bring the score to 17-13.

Pontyberem came close again but a knock on gave the ball back to Pembroke.

However, the visitors came forward again and were rewarded with a try for winger Tom Lloyd.

That put them into the lead at 17-18 and another penalty from Sauro increased their lead to 17-21.

Pembroke tried to get a late score which would have seen them snatch victory but it didn’t come and they were forced to settle for a losing bonus point. The win for Pontyberem brings them to within a point of now second placed Pembroke and five points off leaders Penclawdd.

The Bont have a game in hand on both sides and could be top of the table if they win it.

Both sides now take a two week break and are in action again on Saturday, March 23, when Pembroke travel to Mumbles and Pontyberem travel to Loughor.

Sadly, after the game it was confirmed that influential Pontyberem centre Mikey Jenkins, who was carried off late in the game, had been diagnosed with a multiple fracture of his ankle. All at the Herald wishes Mikey a speedy recovery.