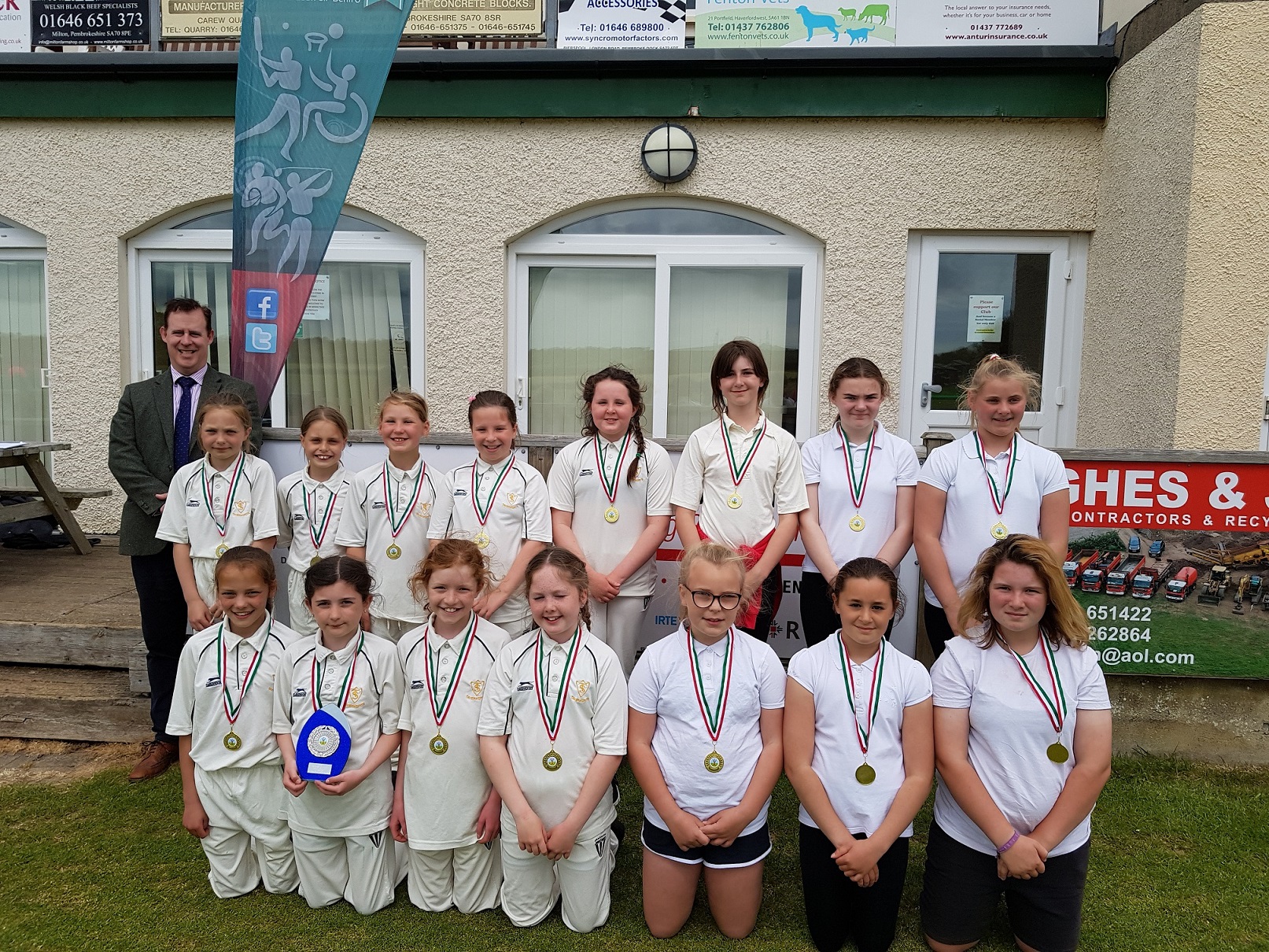 THE popularity of girls’ cricket in Pembrokeshire is continuing to grow – with a record 24 schools fielding teams in this year’s Girls Kwik Cricket Finals.

At the end of the competitive and enjoyable events, Fenton CP School and Tavernspite CP School were declared winners and will go forward to the regional Welsh finals at Sophia Gardens on July 8.

Martin Jones, cricket development officer at Sport Pembrokeshire, praised the quality and spirit of play at both events. Fenton: Moving on to the finals

Tavernspite beat St Oswalds while Stepaside beat Golden Grove. Both schools were undefeated at this stage with Tavernspite running out as winners in the end.

“It was a great team effort,” said Martin Jones. “A special mention goes to the captain, Caitlin Lewis, who had an excellent festival and also celebrated her birthday.”

He said it was also good to see key figures from women’s cricket attending the Carew festival – Laura Charles Price, the South West Wales Women’s and Girls Co-ordinator, and Rachel Priest, a Kiwi who plays for Thunder in the Ladies Big Bash League. Martin added “It’s excellent to see the growth of girls’ cricket not only at primary school level but also in the Lady Taverners competition (U13’s and U15’s). All of this has helped the growth of the Ladies cricket league in Pembrokeshire, which now has nine teams.”