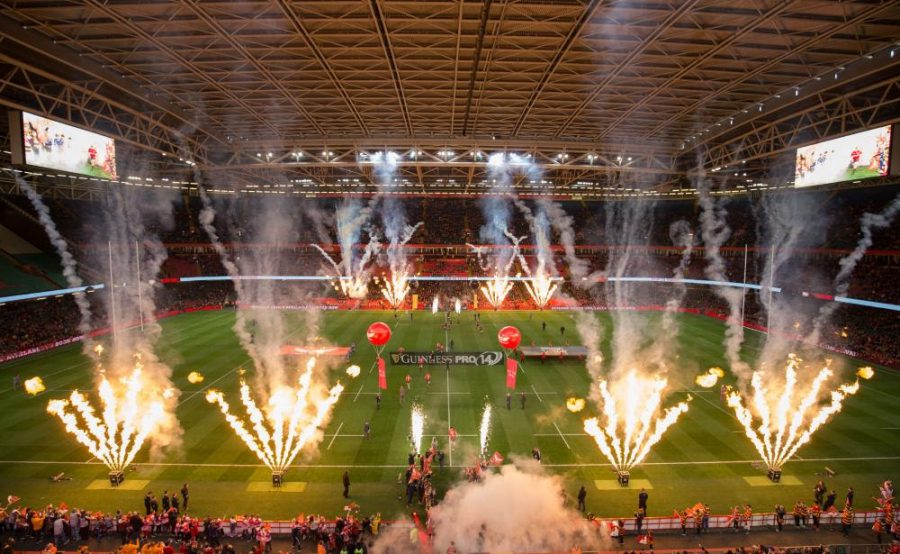 JUDGEMENT Day is back at Principality Stadium for 2020 – the Guinness PRO14 double-header will see Wales’ Rugby World Cup heroes collide in Cardiff in regional colours on Saturday, April 18, it was confirmed this week.

The Ospreys take on the Dragons at 3pm and Scarlets welcome the Cardiff Blues at 5.15pm as the two teams from the West play host for the first time in the eight year history of the event.

JDVIII sees both Ospreys and Scarlets nominated as the ‘home side’ in the climactic, potentially season-defining, clashes for the first time – meaning their players transfer to the more commonly used international dressing rooms on the ‘tunnel’ side of the Stadium.

Last year the Welsh Rugby Union and regions moved to secure the future of Judgement Day, agreeing a new partnership until 2022 which ensures all four entities benefit directly financially from the agreement, where previously only the home teams gained from ticket income.

All four now play a home game at Principality Stadium as part of Judgement Day in alternate seasons and 80% of the ticket profits for the event are split between the two nominated home sides, with the two away teams receiving 20%.

‘Home’ season ticket holders, so Ospreys and Scarlets fans, gain free entry but must still confirm attendance to reserve their seats with their relevant ticket office by the set deadline of 25th October.

General prices will be £25 middle tier (£10 U16s concession) and £15 for both lower and upper tier adult tickets (including Alcohol Free Zone), although supporters are advised to look-out for offers of £10 adults and £5 U16 which will accompany the official on sale date, likely to be in early November.

“Judgement Day is not only a showpiece event for the Guinness PRO14, but it is also an annual celebration of the domestic game in Wales,” said WRU chairman Gareth Davies.

“Set against the backdrop of Wales’ World Cup campaign in Japan, not to mention the 2020 Guinness Six Nations and whatever twists and turns that may hold for the international side, JDVIII is the chance for our star players to compete on home soil in regional colours.

“The event showcases the best of Welsh rugby at one venue and is always fascinating. Arriving as it does in Round 17 of the league campaign, when all four teams should still have play-off spots to play for, it has the potential to be even bigger and better this year.”