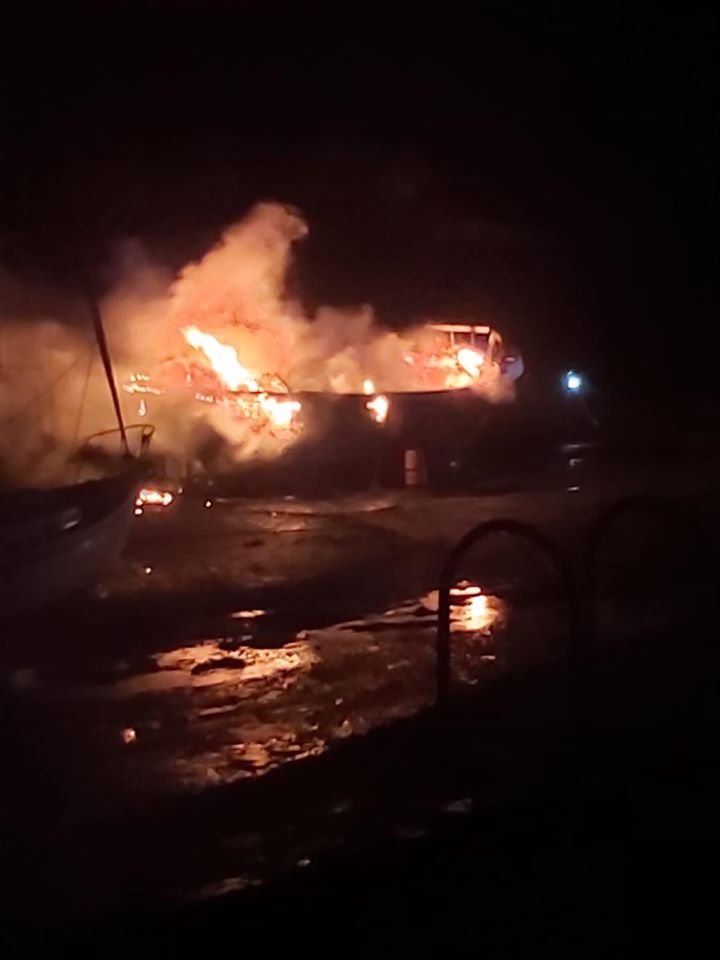 EMERGENCY SERVICES were called to the Lower Town in Fishguard over night to deal with a fishing vessel ablaze.

The alarm was raised at 3am.

The Harbour Master was also in attendance.

HM Coastguard said on social medial “In a difficult environment firefighters were able to extinguish the fire using foam.

“Everyone except Fishguard fire crew was stood down at 06:30

“Fishguard fire crew remained on scene as a fire watch.”

An RNLI spokesman said: “Fishguard RNLI’s inshore lifeboat launched in the early morning of Monday 06 July and tasked to assist the Fire Services as a safety boat in Lower Town harbour.
“The commercial fishing vessel ‘Marianne’ was ablaze on its mooring after an explosion onboard and ultimately was totally destroyed. No-one was onboard at the time. The lifeboat, with three crew, launched at 0320am and after two hours was stood down and returned to base.”