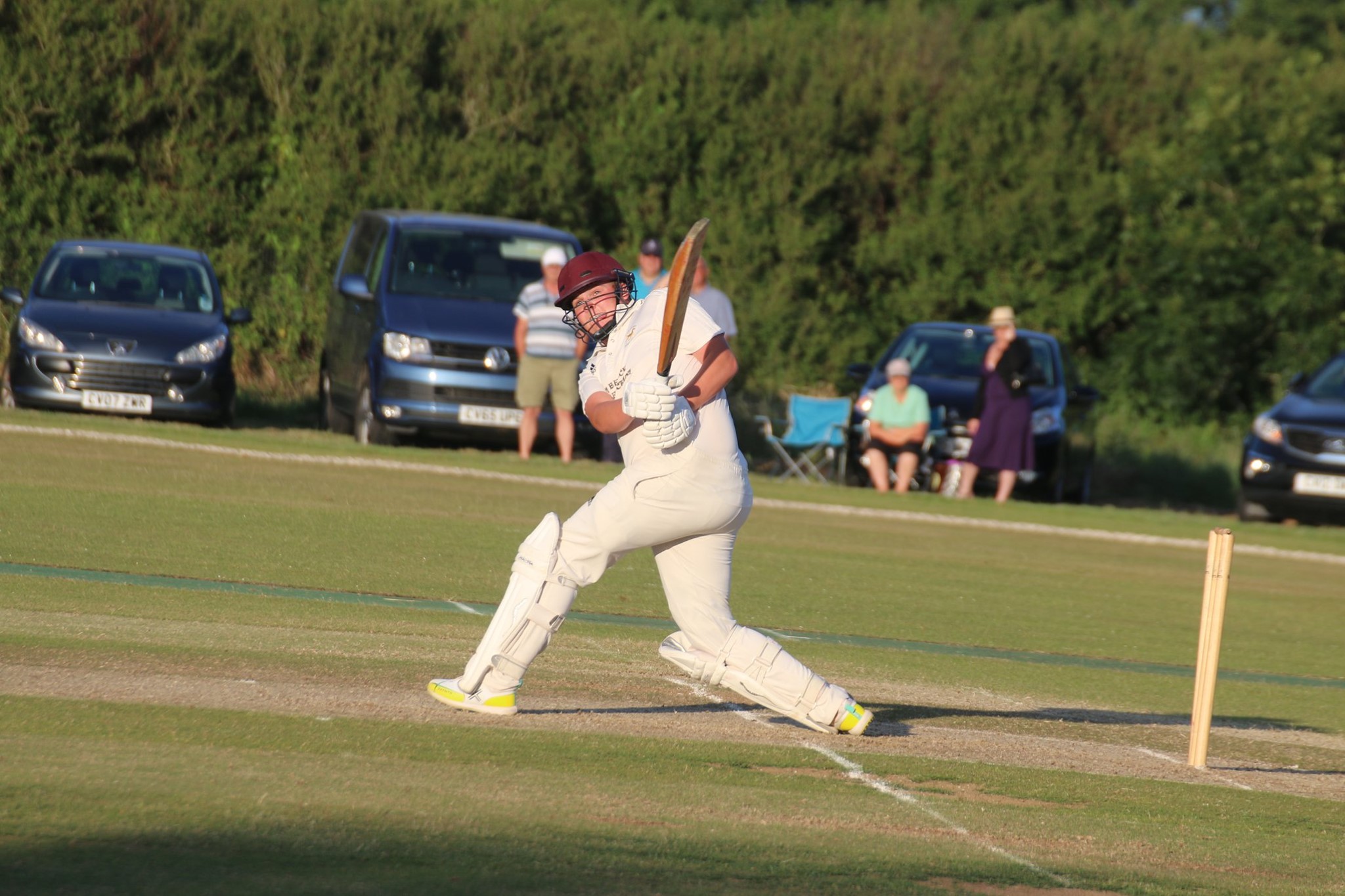 A CENTURY from Lawrenny’s Kurtis Marsh gave his side a narrow two-wicket win over Narberth on Saturday (May 22).

In a game reduced to 32 overs a side, Lawrenny won the toss but elected to field first.

They were able to keep Narberth to 158-9 in their innings with Jamie Lewis and Ryan Morton each claiming three wickets.

Morton then bowled Jordan Howell as Narberth slipped to 40-3.

Jamie McCormack and Kyle Quartermaine then shared 37 runs for the fourth wicket as they looked to get their side into a good position.

McCormack hit three fours and a six in a score of 29 but he was then bowled by Morton.

Morton then also bowled Lewis Hough, who added 9 runs to the total, as Narberth were five down with the score on 104.

Kyle was joined by brother Ben and they shared 27 runs for the sixth wicket.

Kyle hit one four and two sixes as his score of 38 came from 34 balls but he was caught and bowled by Jamie Lewis.

Ben hit two fours and a six in a knock of 24 from 15 balls as they tried to accelerate the score.

However, he was caught by Kurtis Marsh off the bowling of Steve Lewis who then also had Loui Davies caught by Matt Lewis.

Daniel Hughes then hit a four and a six in his late four-ball spell but he was caught by Tom Cole off the bowling of Jamie Lewis.

That set Lawrenny a target of 159 to win the game but they lost opener James Buckle to a second ball duck and soon after Ben Quartermaine bowled Kyle Marsh.

That left them on 3-2 but opener Kurtis Marsh and Steve Lewis shared 39 runs for the third wicket.

Lewis scored 26 (three fours, one six), but he was trapped leg before by Lewis Hough who then also had Joe Kidney caught by Kyle Quartermaine.

That left Lawrenny on 52-4 but Marsh and Tom Cole shared 63 runs for the fifth wicket.

Marsh was on 21 when Kidney departed but he pushed on to reach his half century.

Matthew Johns then came on to bowl Cole and he also had Ryan Morton caught by Kyle Quartermaine, Matt Lewis stumped and Rob Williams caught by Lewis Hough as Narberth battled back.

The wicket of Williams left Lawrenny on 147-8 and with Marsh sitting on 96.

In the 31st over he smashed a six off a no ball to reach his century and two balls later he smashed his eighth six of the game to win it for Lawrenny.

Marsh finished unbeaten on an excellent score of 108 from 105 balls which also included seven fours.

Town bowl Tish out for win

Neyland prove too strong for Carew