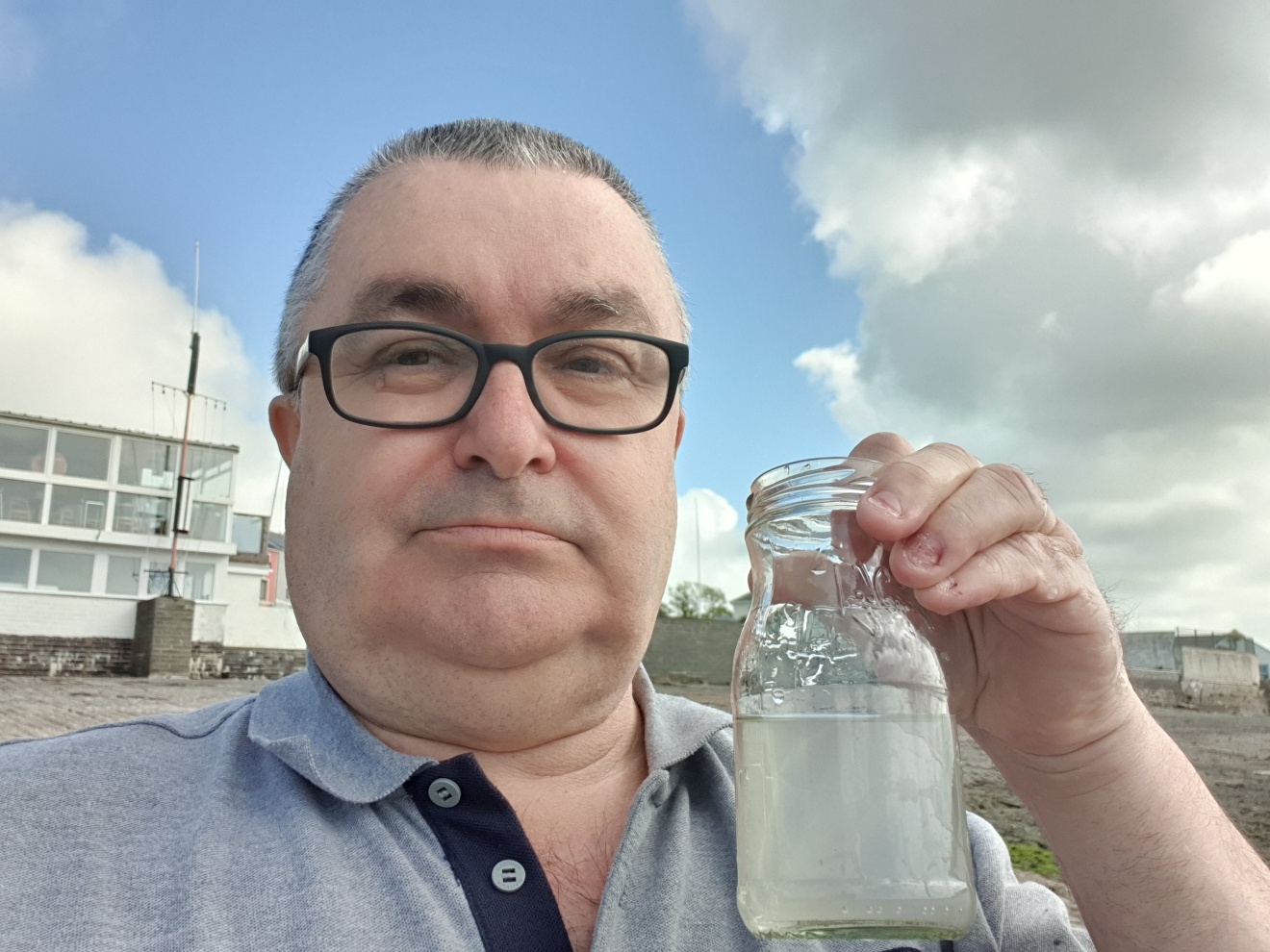 NEYLAND Town Councillor, Andrew Lye has welcomed the fact that Pembrokeshire County Council will be taking water samples from the River Cleddau, in Neyland, as part of their community bathing water project for this coming season.

Pollution Control Inspector, Scott Findlay has confirmed Neyland will be on the list, along with several other sites across the county.

These samples will be taken weekly, running concurrently with the school summer holidays with preliminary samples taken beforehand. Samples will be tested for E.coli and Enterococci.

Cllr Andrew Lye raised the issue of the standard of the water in the River Cleddau after much publicity in the media about tonnes of raw sewage being dumped into waterways in England, for 3.1m hours in 2020, through storm overflow pipes that were only supposed to be used to relieve pressure on the sewage system during extreme weather.

Cllr Lye said “I was concerned as I enjoy seeing young people jumping off the temporary pontoon by the Neyland Yacht Club, in the summer. It reminded me of the fun I had as a child, in the river where I grew up in Wiltshire. I remember reading that the Cleddau was named as one of the river named as being polluted. I was concerned that youngsters could be swimming in polluted water and felt we needed to know if the water was safe. Obviously, I hope it is safe.”

Cllr Lye added “The issue of the dumping of raw sewage into waterways is important to us all. I understand that the problem is exacerbated by pollution from farmland, leaking into the river system. Pembrokeshire is a tourist hot spot and every year, Pembrokeshire beaches get the highest number of Blue Flags for any county in Wales. In 2021, of the 45 beaches that were recognised, 11 were in Pembrokeshire. Blue Flags are awarded to recognise the highest level of cleanliness and water quality and celebrates the best beaches. It is therefore vitally important that the Cleddau’s water quality is excellent and safe for those swimming in it.”

Pembrokeshire County Council are proposing to record the results of the water testing it conducts across the County, including Neyland, on a digital dashboard where they will be available for anyone to view on the PCC website.

The Council feels that these samples will help provide information for all users of the bathing waters to make informed decisions on safe and responsible water use.

Cllr Lye added “The lure of playing in the water on a hot summer’s day has not changed since I was young. We all like cooling off in water, whether it is in a swimming pool, one of our many excellent beaches on our doorstep, or jumping into a river. I hope that the results of water sampling by PCC Pollution Inspectors show that the water is safe. I took the photograph to show a sample of water taken from the Cleddau. But is it safe to swim in? I haven’t a clue. That is why it is imperative that the experts test it regularly, so that parents know that their children are safe and won’t catch e-coli poisoning, or something else, just because they thought the waters were safe. It’s better to be safe than sorry.”