LAWRENNY booked their place in the semi-finals of the Duggie Morris Cup on Tuesday (Jun 7) as they beat Carew.

The holders batted first and made 195-9 from their 20 overs.

Kyle Marsh and Steve Lewis opened up with a stand of 28 but Marsh departed having been caught by James Hinchliffe off the bowling of Shaun Whitfield.

Lewis and Troy Purslowe then shared 36 runs for the second wicket but Lewis was caught by Luke Hicks off the bowling of Kerry Waters on a score of 36.

Purslowe and Morton continued to put runs on the board as they added 35 runs for the third wicket.

Morton scored 10 but he was caught by Nick Davies off the bowling of Waters.

The good partnerships continued as Purslowe and Tom Cole added 27 runs for the fourth wicket with the former reaching his half century.

Purslowe could not add to it though as, having hit three fours and three sixes in his score of 53, he was bowled by Waters.

That left Lawrenny on 126-4 and they were soon five down as Jamie Phillips was caught by Brian Hall off the bowling of Sion Jenkins.

Lawrenny still had five overs to play with and Cole and Harry Thomas looked to push the score on with a stand of 21 for the sixth wicket.

Cole had hit a four and two sixes in his score of 25 but he was bowled by Whitfield.

The runs continued to come as Thomas and Joe Kidney added another 24 runs. Thomas was then bowled by Hinchliffe on a score of 18.

Hinchliffe bowled Rob Williams and Finley Lewis late on as Carew prevented Lawrenny’s score from going over the 200-mark.

Kidney finished unbeaten on 15 and Carew would need 196 to win the game.

Carew lost Nick Davies early in their reply as he was caught by Kyle Marsh off the bowling of Jamie Lewis.

Tim Hicks and Rhys Davies then shared 62 runs for the second wicket to put their side in a strong position.

Hicks hit four fours and a six in his score of 33 but he was stumped by Jamie Phillips off the bowling of Steve Lewis.

Davies hit five fours and a six in his score of 39 but he was then bowled by Ryan Morton to leave Carew on 97-3.

Finley Lewis then had Shaun Whitfield caught by Troy Purslowe as Carew slipped to 101-4 in the 12th over.

Lewis also bowled Gareth Lewis in the fifteenth over before doing the same to Luke Hicks, who had reached a score of 20, moments later.

That left Carew on 125-6 and they only had five overs left to get their remaining 71 runs needed.

Brian Hall and Ceri Brace added 21 runs for the seventh wicket but Hall was then bowled on a score of 7 by Harry Thomas.

Thomas also bowled Brace on a score of 11 before Lewis bowled Sion Jenkins.

Carew could only reach 157-9 from their 20 overs meaning Lawrenny had secured their place in the last four.

Duggie Morris: Neyland go through after thrilling game with Haverfordwest 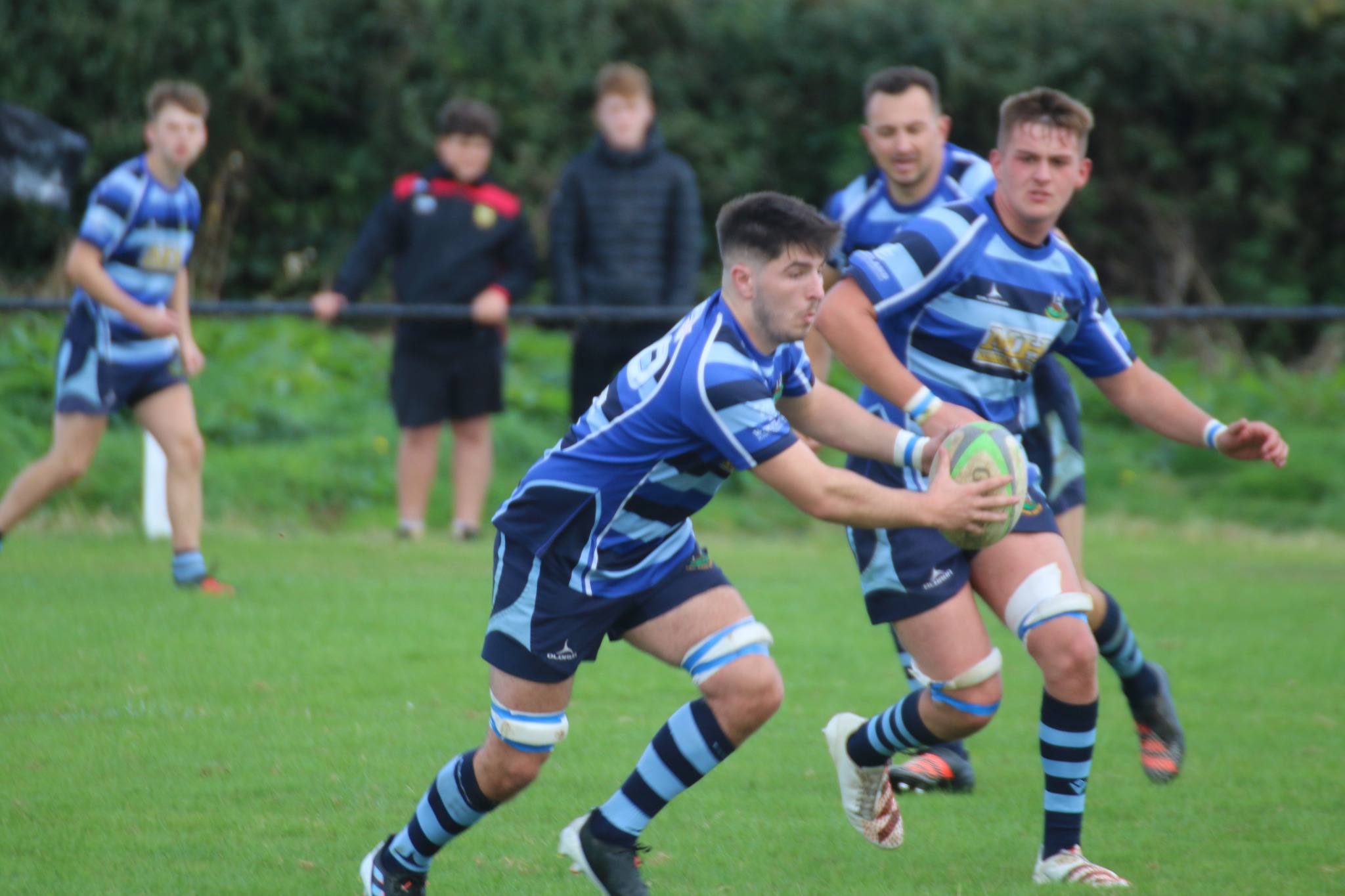 ST CLEARS kept up their winning start to the season with a 38-19 win away at Neyland on Saturday (Sept 24).

The Saints were ahead after just two minutes as Ifan Davies touched the ball down. The conversion was missed.

Neyland hit back though and Ollie Rothero scored the try before adding the extras to put the home side ahead.

St Clears scored next though as Jac Howells went over and Dan Griffiths added the extras.

Shortly before the break the Saints had their thirdy try as Ifan Davies went over for his second and Griffiths added the extras once more to make it 19-7 at the break.

They soon had their bonus point in the second half as Tom Williams scored the try and Griffiths added the conversion to stretch the lead to 26-7.

Gareth Jones then scored again for the Saints to make it 31-7. The conversion was missed.

Straigt from kick off, Neyland hit back with a try from Andrew Slark but the conversion was missed.

Jones then scored his second try for the Saints and Griffiths added the extras again to take the score to 38-12.

Neyland had the final say though as Mark Jones touched down and Ollie Rothero added the extras to make it 38-19.