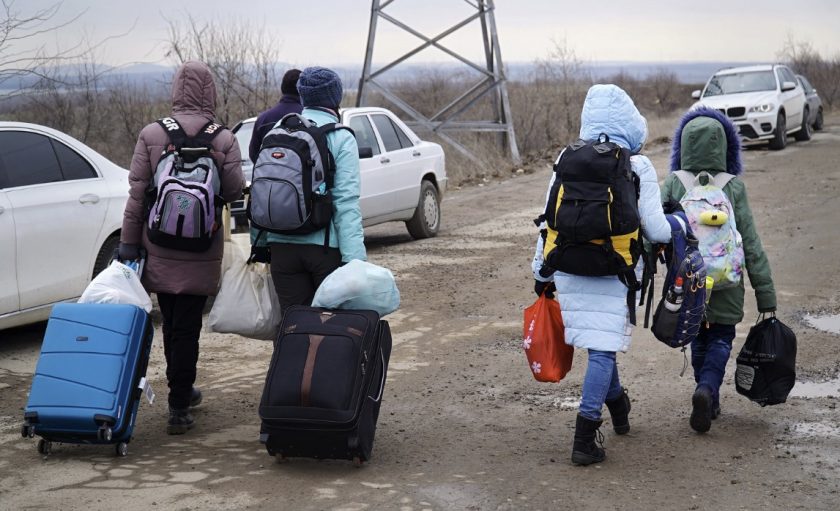 The reason for the pause is to “refine” arrangements for people arriving and ensure public services “continue to deliver a high standard of support”, the social justice minister said.

The Conservatives called the announcement a “failure”.

Plaid Cymru said it raised questions about the “effect of the lack of financial support from Westminster” for Wales efforts to help refugees.

The super sponsor scheme, launched in March, is separate from the rest of the Homes for Ukraine programme where people are sponsored by individuals.

“Welsh Conservatives welcomed this scheme when it began, with people in Wales opening their hearts and homes to those fleeing Ukraine. With the situation in parts of Ukraine continuing to deteriorate, it is of the utmost importance that this scheme continues.

“No matter how they spin it, this is a failure. The scheme was introduced with much fanfare in April, and it’s only taken 8 weeks for Labour Ministers to backtrack. Ukrainian refugees need support, and Welsh Conservatives want to see the scheme back up and running.”

The Welsh Government said: “The temporary pause is to ensure people who are arriving, and those already here in Wales, continue to receive an excellent level of care and support.

“This temporary pause will start from Friday 10 June and the Welsh Government and its partners will use this time to focus on embedding arrangements for next stage accommodation and delivering wider wraparound services across Wales.”

Minister for Social Justice Jane Hutt said: “From the outbreak of the Ukraine conflict, our message has been clear – Wales is a Nation of Sanctuary and ready to welcome those fleeing war.

“Launched at the end of March, we have had a very positive response to our Homes for Ukraine Super Sponsor route.  We have seen visas granted well in excess of our initial commitment to welcome people.

“This temporary pause will give us the opportunity to refine the arrangements we have put in place to support people on arrival and ensure all public services, in particular local authorities, can continue to deliver a high standard of support.

“To be clear, this operational pause will not affect any current applications and people will continue to arrive in Wales as visas are granted and travel arrangements are confirmed.”

Praising the ‘Team Wales’ approach to the crisis, the Minister continued: “The level of commitment to the people of Ukraine across all public services and wider society has been wonderful.

“I want to pay tribute to all those contributing to the ‘Team Wales’ approach to the crisis in Ukraine. The success of this scheme is due to  all those individuals, organisations, businesses, local authorities and third sector partners.

“We can all be proud of the heroic effort in supporting the people of Ukraine, effectively demonstrating that Wales is truly a Nation of Sanctuary.”