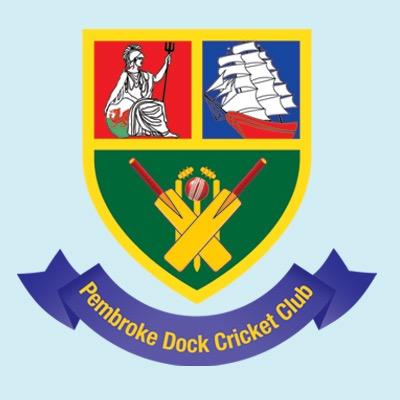 PEMBROKE Dock held off the challenge of Narberth on Tuesday night (Jun 14) as they won by 11 runs to progress to the quarter finals of the Alec Colley Cup.

Narberth won the toss and chose to field and they were able to restrict the Dock to 101-8 in their 20 overs.

Anton John and Adam Phillips shared 64 runs for the first wicket to get their side off to an excellent start.

Phillips hit two fours in his score of 20 but he was then caught by Mike Reekie off the bowling of Richard Howell.

Howell then bowled John soon after on a score of 27 and wickets began to fall regularly.

Ceri Davies then picked up the wickets of Pete Kingdom and Owen Hughes as the Dock slipped to 84-4.

Rob Hearn was the only other batsman to reach double figures as he scored 10 before being bowled by Howell.

Phil Scott was run out late on as the Dock finished on 101. Their score could have been much lower had it not been for ‘Mr Extras’ as Narberth gave away 28 runs.

Rob Hearn made the breakthrough early on with a caught and bowled before John ran out Kyle Williams on a score of 18.

John then claimed the wickets of Shay Norcross and J Williams to leave Narberth on 51-4. That soon became 61-5 as John bowled Adrian Jones.

Rhodri Dyer and Ceri Davies did their best to steady the innings with a seventh wicket stand of 20 but John struck again as he bowled Davies on a score of 15 that had included two fours and a six.

Dyer had hit four fours in his score of 33 to take Narberth’s score on to 90 but he was also out to John.

With the score on 90-7 Narberth still looked favourites to go on and win but they were unable to add any more runs on the board.

That wicket came at the start of the 17th over and with the third ball he trapped Huw Simpkins leg before.

With the fifth he bowled Richard Howell and with the last he trapped Mike Reekie leg before to bring the game to a close.

John’s remarkable bowling saw him finish with figures of 8-12 and they will now look ahead to their quarter final tie.