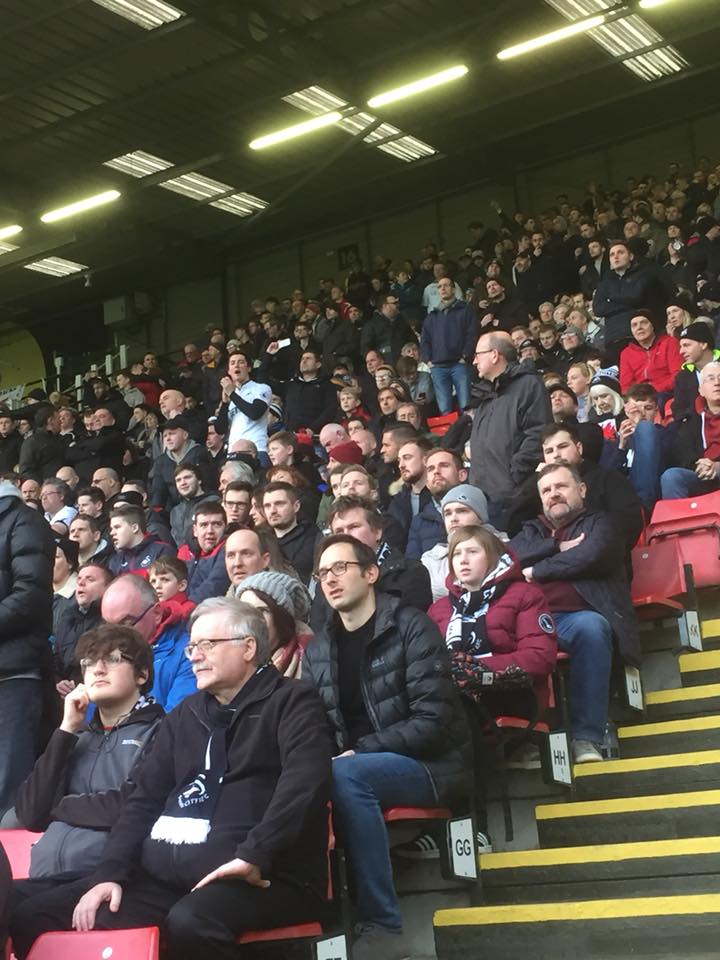 SWANSEA City gave new manager Carlos Carvalhal a winning start when two late goals at Vicarage Road saw them defeat Watford 2-1 to briefly lift them off the foot of the Premier League table.

The travelling support were ecstatic after Jordan Ayew, who struck the cross bar from 25 yards early in the game, equalised with eight minutes left to play.

The ‘Jack Army’ had given unstinted support for the new manager and their team whilst distain was voiced over the state of the Club at Boardroom level and requiring the removal of Huw Jenkins, once the Messiah of their Club.

Swansea did for large parts of the game look like a side who play without confidence, their individual mistakes compounded as they are a side continually having to absorb pressure. It helps when the side have ‘a big pole in their goal’ as Lukas Fabianski kept the game live with another authoritative performance.

Just a minute before his side’s equaliser he saved when one on one with Andre Grey, certainly a turning point in the game and as history tells us perhaps a season defining moment.

An Andre Carrillo header from close range after 12 minutes opened the scoring after Fabianski had saved well from Stefano Okaka exposing the frailties that have underpinned Swansea all season.

New man Carvalhal recognised the areas of concern, subtly tinkering with the Swansea formation and personnel to combat it.

Swansea were guilty of dropping off the ball as the Hornets constantly created space and 2v1 situations, at times not showing the desire to win the ball back.

Restored to the side was Renato Sanchez, the Portuguese star on loan from Bayern Munich; having struggled all season to cut the mustard in the Premier League he was caught in possession as the tackles were crisp, but he grew with the trust heaped upon him by his compatriot Carvalhal.

The manager also recognised turning defence into attack has been an area of concern all season and it was noticeable on loan striker Tammy Abraham had supportive players on the few occasions play was in the home danger area.

Saturday was an improvement as the Swans had nine shots at goal, four on target and forced eight corners and importantly they scored the two goals needed to secure three points.

In no small part the result was galvanised by replacement striker Ollie McBurnie, the gangly legs of the young Scotsman, a throwback to ‘yesteryear’ with socks barely holding his shin pads. He endeared himself to choristers in the visiting end with a whole hearted performance bearing a smile, epitomising his enjoyment of the game despite the dire situation facing his Club.

where luck matters in the battle for safety in the Premier League which will go to the wire in the business end of the season come May.

Eleven points separate the lower half of the table as Swansea entertain Tottenham Hotspur tonight, with Liverpool and Arsenal arriving for evening fixtures after they travel to Newcastle.

As January ends, the Swans have a run of games against opposition in and around the relegation battle. Any run equivalent to that of Crustal Place, nine undefeated would catapult the Carvalhal’s men into a safe position; the new Messiah may well have been born.