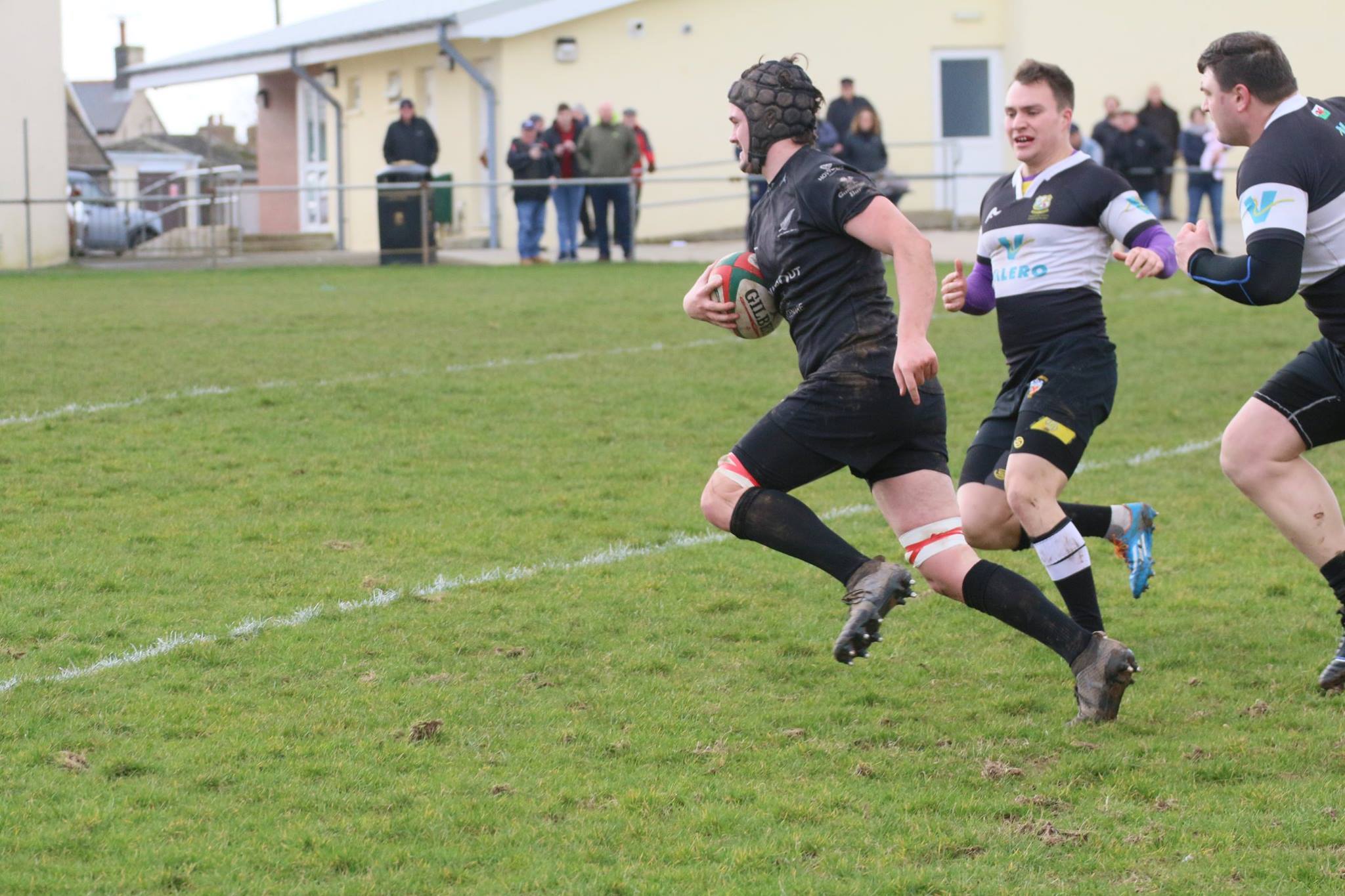 NEYLAND sealed a fifth win of the season on Saturday (Feb 17), as they beat Pembroke Dock Quins 36-15 in an entertaining game.

However, the Quins were well in contention for the first hour before falling away in the latter stages, with All Blacks Outside Half Steve Martin pinning them back with some fine tactical kicking.

The Quins with the wind behind them and playing down the slope had hoped for a fast start, but it was the home side who struck first when Steve Martin popped over a simple penalty to put his side in front.

It was soon going to get worse for the Quins when Neyland Flanker Iestyn Evans crossed wide out for Steve Martin to add the extras. The Quins though were giving their hosts a few problems with some determined running especially Captain Thomas Doyle who was a thorn in the Neyland side all afternoon.

On the half hour the All Blacks struck again when No8 Scott Buirds forced his way over, Steve Martin added the extras to seemingly put the All Blacks in a comfortable position at 17-0.

The Quins simply had to score next and that is exactly what they did when Full Back Liam Hargreaves-Gibson dummied his way over to put the Quins back in contention. Outside Half Lewis Davies just missed the conversion and the half ended with Neyland 17-5 to the good.

The Quins started the second half with the slope and the Wind against them, as well as a 12 point deficit, but it did not prevent them producing their best try of the Season.

No 8 Sam Dolling started it off with a determined run from his own 10yd line before linking with Thomas Doyle and with some fine offloading the Quins finally outflanked the Neyland defence for young Loose Head Prop Jack Brown to crash over in the Corner, Lewis Davies missed the Conversion.

With the score at 17-10 the Quins tails were up, but it was ex-Quins Scrum Half Adam Cawley who sneaked over near the uprights to finish off some All Black pressure, Steve Martin Converted, and with 15 minutes to go things started to look very difficult for the Quins.

With 10 minutes left Scott Buirds added his second try, which went unconverted before the Quins hit back with an unconverted try of their own from replacement Jordan Palmer. In the last minute, talented Centre George Williams crossed for a converted try to give the hosts a 36-15 victory.

As for the Quins they can look to the future, the young front row of Tom Clarkson, George Bellmaine and Jack Brown were outstanding as they improve with every game.

Blues hit back to beat Saints