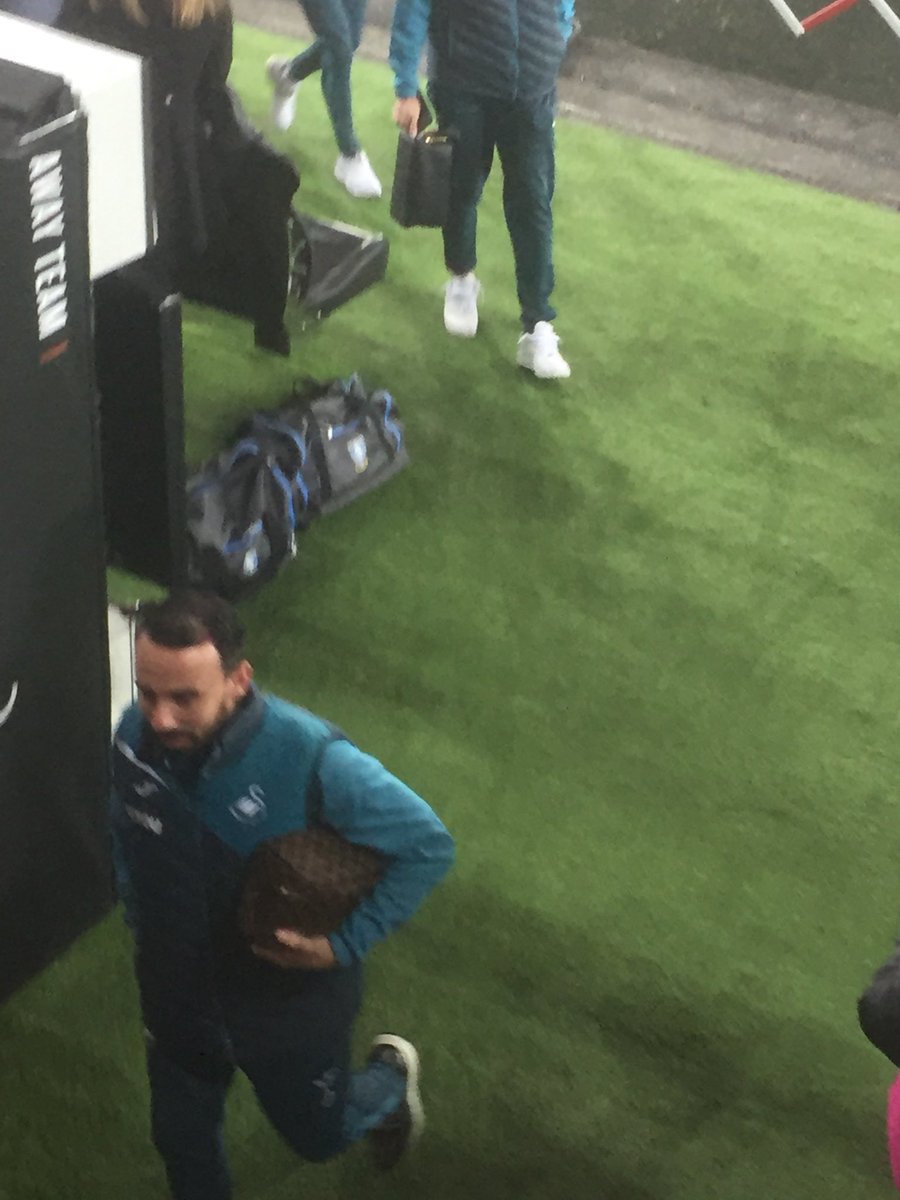 SWANSEA City continued their Emirates FA Cup run on Tuesday (Feb 27) when they defeated Sheffield Wednesday 2-0, progressing to the Quarter Final stage for the first time since 1964 thanks to goals from substitute striker Jordan Ayew and winger Nathan Dyer.

The Owls were also defeated in that nostalgic cup run at Hillsborough, as were footballing giants Liverpool at Anfield and Stoke City, before the Swans succumbed to Preston North End in the Semi Final at Villa Park.

This game at the Liberty Stadium saw the home fans in the crowd of 8198 warmed not only by the result but also the gesture of the club offering free hot drinks to warm the cockles of their heart on a Baltic night.

Manager Carlos Carvalhal was at his unequivocal best post-match against a side to whom his endearment is visible, despite their parting of ways in December, as he looked with positivity towards the remaining three months of the season.

It took 20 minutes to create an opportunity as players were content to play the ball across the pitch as opposed to taking the game to the opposition, Ki and Carroll combing from a free kick, which kick-started a purple patch for the Swans in terms of possession, to no avail as Nordfelt in goal made a double save with fifteen minutes of the half remaining.

Clucas made an acrobatic attempt to open the scoring when perhaps a simple header back across goal may have put Abraham in, as the on loan Chelsea striker nearly manufactured an opening for Dyer, making his three hundred and second appearance for the whites.

Ki had the penultimate offering for a breakthrough in an uninspiring half, departing at half time as Carvalhal boldly changed personnel with Martin Olsson and Jordan Ayew appearing, their impact immediate in upping the tempo of play in the twenty ninth meeting between the two sides.

Ten minutes into the half the stalemate was broken, Carroll driving forward hit a rasping drive from edge of the box, hitting both posts for the ball to skew into Ayew’s path for a tap in from ten yards, the Wednesday defence looking at sixes and sevens since the Ghanaian’s arrival.

Ayew’s ninth goal of the season had also ignited Abraham, his a sixty first minute shot saved by Pope before six foot six inch Kosovan Atdhe Nuhiu made an appearance.

Wednesday may have reached the final on five occasions, the last in 1997 and lifted the prestigious trophy three times lacked any fruitful response, where cup football is all about putting the ball in the net, which Swansea did and kept a pleasing clean sheet, as Van De Hoorn was dominant at the back alongside youngster Cameron Roberts.

The second and decisive goal came from Dyer after Abraham set him up with a slick through ball and the winger nutmegged Pope from ten yards out, his final action of the night as fans favourite Leon Britton returned to action for the first time in 2018.

Ayew had an opportunity to add to the Swans tally of thirteen goals in the cup campaign with two minutes of referees Stuart Attwell’s watch remaining, Carvalhal immediately turning his focus to a crucial Premier League encounter on Saturday (Mar 3) when West Ham United visit the Liberty Stadium with just three points separating the sides in the battle for survival in the Premier League.

Unlike Greenfield FC player coach Keith Ainsworth, who was goaded into brandishing a pitchfork in the dugout of their game at Barmouth last weekend, Carvalhal can wallow safe in the knowledge he has the support of the Jack Army as he fulfils both his and their dreams of being happy, one win from Wembley and Tottenham Hotspur the visitors on Saturday (Mar 17) for the Quarter Final tie.

Hakin and Carew set to do battle again