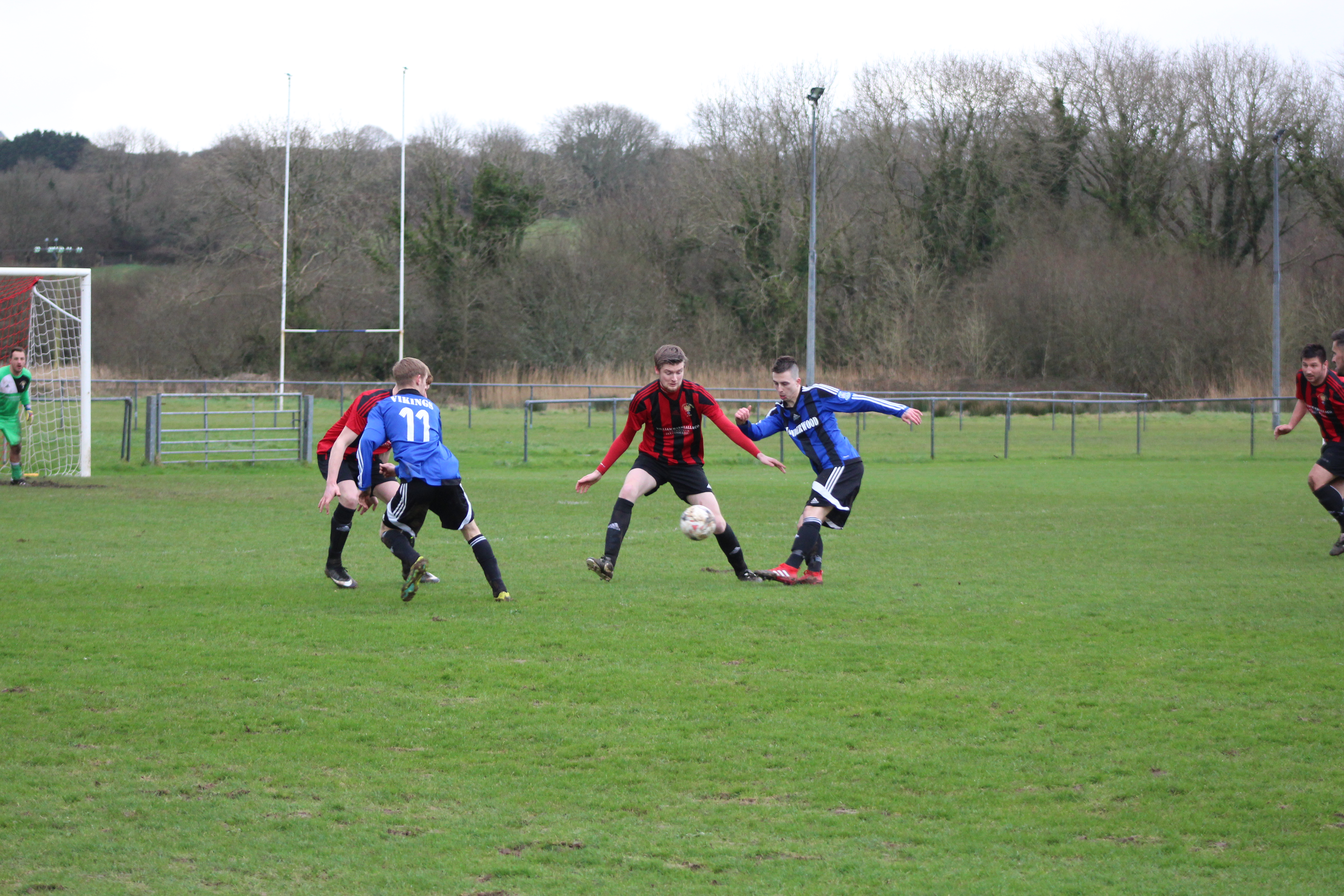 HAKIN United are the Champions of Division 1 of the Pembrokeshire League after they came from behind to draw 4-4 with West Wales Cup Champions Goodwick United on Thursday night (May 17) in a game that just about had it all.

Going into the game Goodwick were six points behind with two games left to play and knew they needed to win to keep their title hopes alive.

Anything less would mean that Hakin would be crowned champions with a game still to come and it seemed the Vikings were determined to get the job done on Thursday.

The draw means Hakin have sealed a League and Senior Cup double, the first time they have done so since the 2010/11 season.

Goodwick’s hopes of getting back into the game were then dealt a blow as Kieran O’Brien was sent off.

Harding then grabbed his second goal of the game as he scored to give the Vikings one hand on the title. The visitors continued to press and it was soon 3-0 as Nicky Woodrow scored with a delightful chip over Goodwick keeper James Gwilt.

It remained 3-0 at half time and it seemed there was no way back for Goodwick, but no one told them that.

Moments after the restart the ball was sent into the box and after an almighty scramble the ball eventually nestled in the net, seemingly coming off a Hakin player last.

The home side were then awarded a penalty and Adam Raymond stepped up to take it, scoring to make it 3-2.

The Pheonix Boys were then level as the ball fell kindly for top scorer Jordan Griffiths who volleyed the ball home.

Their remarkable comeback was complete as Adam Raymond slotted another penalty into the net to put the home side into the lead for the first time at 4-3.

Hakin knew that they only needed one goal to claim the title and they came agonisingly close when Ryan Wilson’s close range shot cannoned back off the bar.

Just as it looked like Hakin might have to wait until Monday for the title, Shane Walsh popped up in injury time, like he did against Merlins Bridge the previous week, to score the equalising goal.

It was an excellent game from both sides and a fantastic advert for Pembrokeshire football.

Goodwick’s comeback from 3-0 down was the stuff of champions but Hakin showed why they have been up at the top for so long to get the point they needed to seal the title.

The two teams must do it all again now on Monday (May 21), as they play the reverse fixture at the Obs in the final game of the season, with Hakin receiving the title following the game.