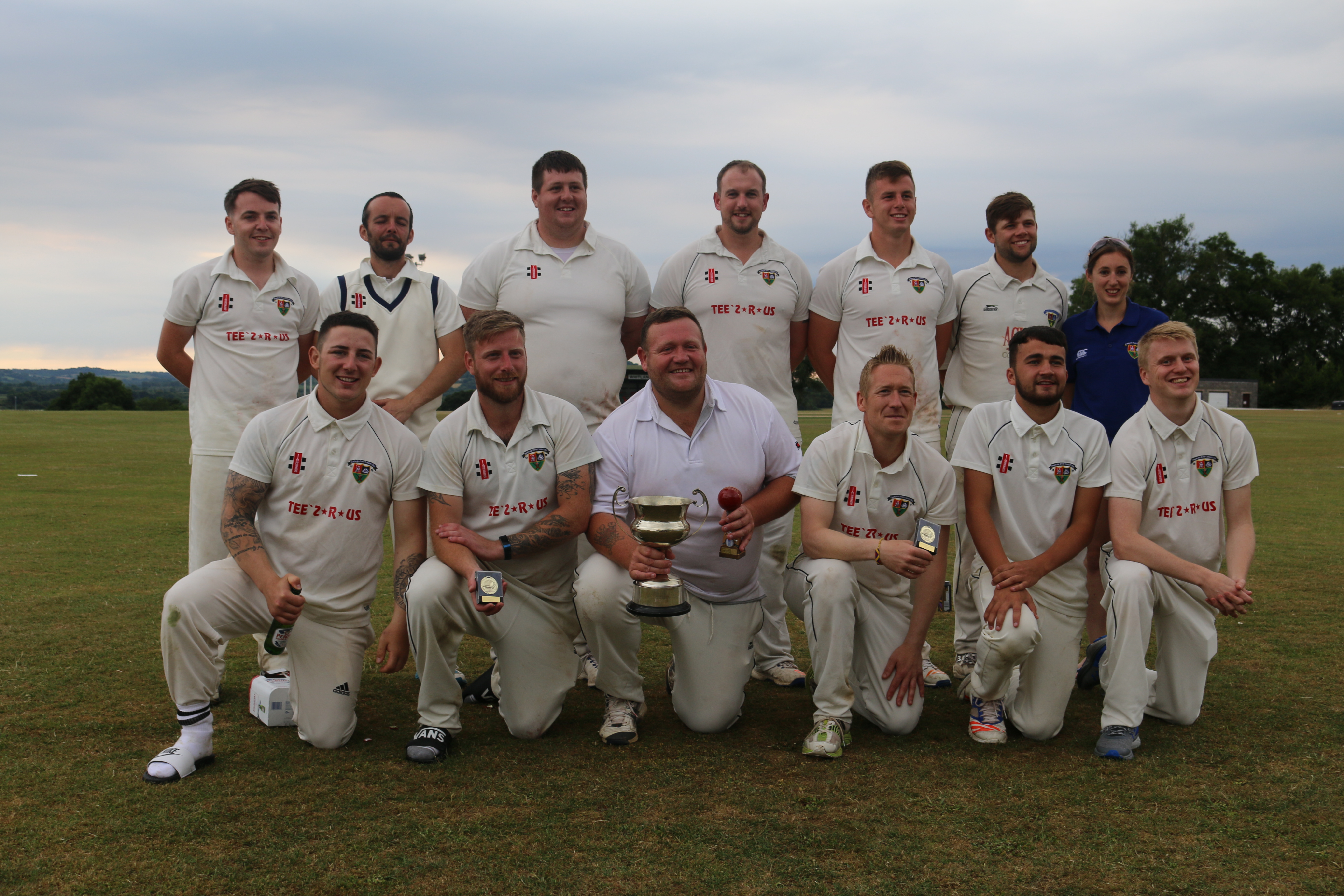 PEMBROKE Dock lifted the Allan Brown trophy on Sunday (Jul 1), as they beat Lamphey in what was an excellent final held in Whitland.

Lamphey batted first but could only reach 107 before the Dock scored 161 in their first innings to lead by 54 runs.

Lamphey were then bowled out for 133 in their second innings meaning the Dock would need just 80 to win the game. They passed their target with nine wickets still in hand to spark celebrations amongst the Dock’s players and supporters.

The Stags won the toss and chose to bat but they lost opener Nick Johnson for a score of 9 when he was caught by Jamie White off the bowling of Billy Wood.

Scott Brunton was also out cheaply when he was bowled by Wood. Daley and White both picked up more wickets while Nick Shelmerdine finished the innings not out on 22 to take his side to an opening total of 107-7.

Pembroke Dock began their reply well with Luke Murray making 10 before he was caught by Nick Johnson off the bowling of Hywel Gibbs.

Jake Griffiths batted well as he made 33 before being bowled by Peter McGilloway.

Nick Daley scored 26 before being bowled by James Skeels who later bowled Rob Hearn for a score of 1.

Peter Kingdom made 15 before also being bowled by McGilloway and Scott Griffiths was then run out on a score of 8 as Lamphey tried to restrict Pembroke Dock’s lead. However, Billy Wood finished not out on 32 as he helped the Dock post 161-7 from their opening twenty overs, a lead of 54 runs.

Gibbs and James Skeels both finished with identical of 2-33 from their five overs.

Lamphey knew they would need to start well in their reply to make up that difference but Lewis Haines was bowled early on by Wood and Nick Johnson only scored 13 before being trapped leg before by John Camani.

James Skeels made 9 before he was caught by Craig Butland off the bowling of Jamie White but Scott Brunton and Peter McGilloway played well together as they shared 58 runs for the fourth wicket.

McGilloway smashed his way to 32 but he was then bowled by Daley and Nick Shelmerdine followed in similar fashion moments later.

Billy Wood then bowled Tom Powell and Grant Cole was bowled by Rob Hearn as the Dock hit back.

Scott Brunton made an excellent score of 43 but he was then stumped by Scott Griffiths and the same bowled then removed Gibbs for a duck to finish with excellent figures of 4-25.

Lamphey’s total was helped along by 27 extras as they were all out for 133, meaning Pembroke Dock would need just 80 to win the final. The Dock lost Jake Griffiths as he was caught and bowled by James Skeels but Lamphey were unable to take any further wickets.

They were also guilty of giving away 25 extras before Luke Murray and Nick Daley guided their side to their target.

Daley finished not out on 9 but Luke Murray was the star of the show as he finished unbeaten on 43.

It sealed an excellent nine-wicket win for the Dock and afterwards captain Nick Daley was presented with the trophy and was also named the man of the match.

Sageston and Saundersfoot through to finals