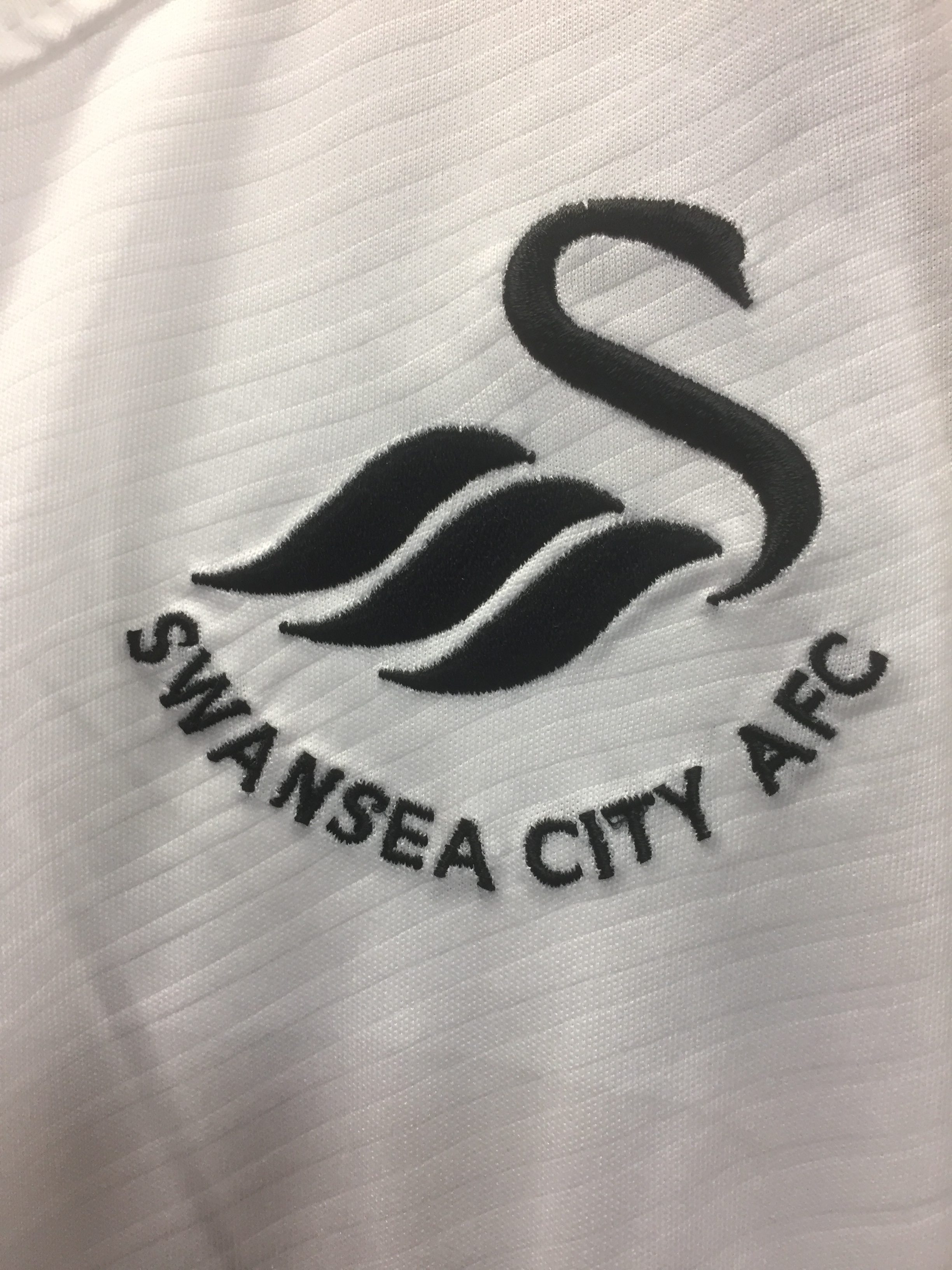 Visitors Burnley continued their miserable winless run which started on December 12, whilst Carlos Carvalhal’s side are now nine games unbeaten, lifting themselves clear of the relegation zone.

“You don’t have to see it; you smell it” can be attributed to an egocentric player who patrolled the left wing for both clubs four decades, Leighton James.

Saturday’s contest was fractious with neither side gaining ascendency, requiring the input of a mercurial talent like James, winner of 54 Welsh caps after his international in October 1971 against Czechoslovakia in Prague.

How former Swan, Jack Cork would have liked a smudging of the influence imposed by James in scoring 124 goals from 645 games to rub off on him, whilst the home faithful welcomed Andre Ayew to the bench, following his £16 million return from West Ham.

Brother Jordan was leading the line and loan signing Andy King also warming the splinters because the Premier Leagues newest ‘Tinkerman’ has taken his side from the depths of the Ocean to now have their heads above water.

This Portuguese man of war is wary of the sharks around him but can see the coastline of the promised land and knows how to get there, with James’ analogy from bygone years, ringing true.

James made his league debut for the Turf Moor outfit in November 1970 against Nottingham Forest, returning twice to the North West in a career which saw him transfer for a mammoth £310,000 to Derby in 1975.

He left Burnley for a second time in 1978 when they were relegated to the third division and signed for Swansea City helping them from the third division to the first division in the heady days of the John Toshack era. He had spells with Sunderland, Bury and Newport County before he retired in 1989 when at Burnley, to explore more avenues.

James, in his punditry role would have vilified Olsson for diving which brought a yellow card before half time, alongside Ayew, Clucas and Ki Sung Yeung’s efforts to hit the target.

They needed to watch the matchday mascot in the half time break as Neyland Pirate Ethan Blockwell gave goalkeeper ‘Cyril the Swan’ a lesson in finishing.

The East stand corner were drumming the beat as everything remained black and white; Johann Gudmundsson forcing a save from Lucas Fabianski, before Andre Ayew made his entrance to replace Olsson after Jeff Hendrick snagged a yellow card for stopping brother Jordan’s charge.

The side needed new life; brothers in arms, possibly ‘Kolo or Yaya’ were joined by Tammy Abraham, the Tinkerman’s batteries now recharged with a ‘Triple A’ strike force taking the game to Burnley.

Referee Marriner received queries over his parentage as Pope made a wonder save to deny Abraham, Jordan Ayew and Kyle Naughton smashed shots goalward, before the breakthrough came with six minutes remaining.

Ki hammered home the winner from the edge of the box after Naughton and Jordan Ayew’s silky build up play invoked the loudest rendition of ‘Land of my Fathers’ west of Twickenham. Sean Dyche’s side were reduced to humping long balls which drew no change from Alfie Mawson and skipper Frederico Fernandez and when the new King ‘of Wales’ came across the drawbridge for his debut to replace ‘Prince Jordan’, a crescendo of choral voices greeted the signal of four additional minutes without fear.

James tried his hand at management in the League of Wales with Llanelli, taking in spells also at Garden Village and Haverfordwest but he didn’t enjoy the success Carvalhal has kindled way down by the sea.

An echo from the beach portrays the words of Martha and the Muffins from 1979, James surely remembering the wish for the sun not to go down. He didn’t need to see the ball; he could smell it and Carvalhal has the scent of survival from the sea as he approaches a return to his previous Club Sheffield Wednesday on Saturday (Feb 17).

The Swans travel to Hillsborough in search of a place in the FA Cup quarter final for the first time since 1964, where they eventually lost to Preston North End 2-1 in the semi-final at Villa Park, with the backing of the Jack Army who are enjoying the fruits of the BBQ served by Carvalhal.