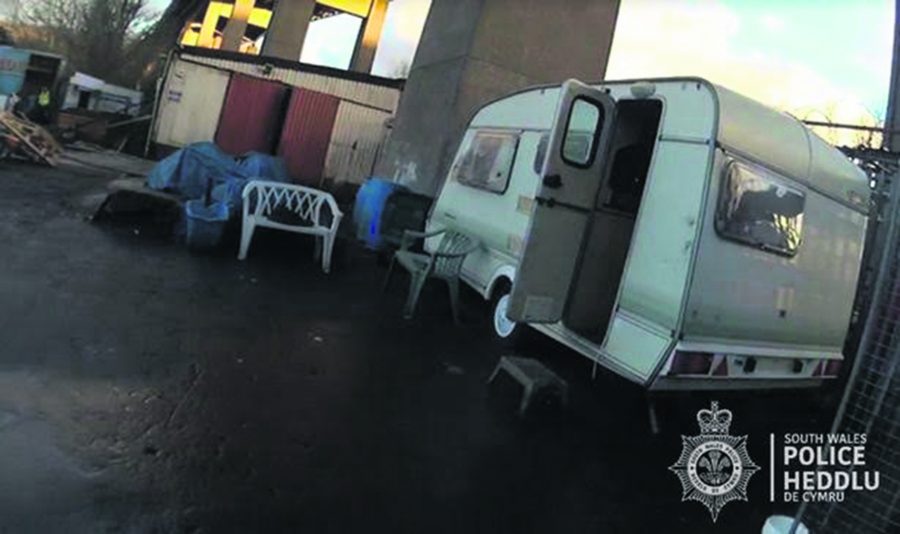 POLICE has worked in partnership with rural and farming unions to support a national campaign, aiming to create a picture of the nature and scale of modern slavery and human trafficking in communities.

Dyfed-Powys Police in Project Aidant, led by the National Crime Agency, also looked at the impact COVID-19 legislation and restrictions on travel has had on the availability of labour in the agricultural industry.

Detective Chief Inspector Anthony Evans said: “Dyfed-Powys Police, and our rural teams in particular, engaged with the agricultural industry and raise awareness of the ethical use of labour and avoidance of labour exploitation, as well as asking for any concerns to be raised with us or the Gangmasters and Labour Abuse Authority.

“We also worked with branches of the National Farmers’ Union and Farmers’ Union of Wales to circulate information about modern slavery and how to spot the signs to their members.
“Forced and compulsory labour is very often a harmful and hidden crime and its victims may be especially isolated and hidden from view during the COVID-19 outbreak. However, help and support is available.”

Although the true scale of modern slavery and human trafficking is difficult to measure, it is understood that the number of identified victims is increasing. Many victims work in the construction industry, in agriculture, in the sex industry, and in places like nail bars or car washes, while a growing number are forced into criminality by their exploiters. Children are found working in these situations, as well as in sexual slavery.

Many victims have been trafficked from overseas – frequently from Eastern Europe, South East Asia, and Africa – and their exploitation often begins en route. However, the latest figures show British nationals make up the largest single group of those victimised.

The current Project Aidant aimed to identify and respond to the changing threat picture as a result of COVID-19.

DCI Evans said: “It is almost certain that restrictions on movement and activities are having a notable impact on the modern slavery and human trafficking threat in the UK.

“There have been anecdotal reports of displacement from public-facing sectors that have been closed as a result of government measures, such as car washes and nail bars, to high-risk sectors of agriculture and the wider food supply chain.

“We hope to gain a better understanding of the threat, and ultimately to protect vulnerable victims of slavery and human trafficking, who are often hidden in plain sight.”

Farming Connect’s face-to-face training back on 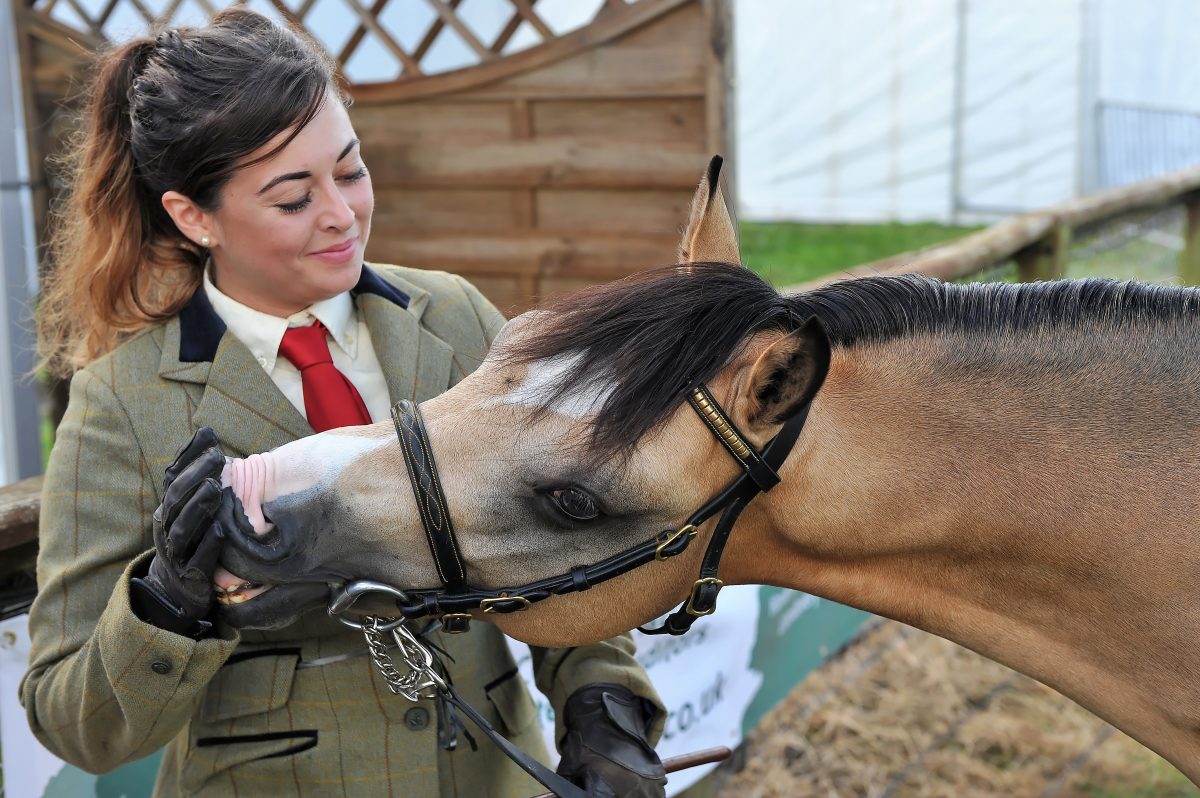 WALES’ largest agricultural show, which attracts around 100,000 visitors and competitors to the county town of Haverfordwest is back this year after a two-year Covid enforced break.

Pembrokeshire County Show will take place on August 17 and 18, the first open to the public since 2019 it promises to be a celebration of rural life in the county.

The last full-scale show, which would normally attract around 100,000 visitors and competitors, was held in August 2019 followed by a virtual event in 2020 and a scaled down version in 2021 for animals and members only.

Mansel Raymond, Pembrokeshire Agricultural Society president said, “We are very excited about the prospect of seeing our wonderful members, competitors, trade stands, sponsors and community coming together once again this August.

“Whether you’re a Pembrokeshire local or just visiting we’re sure you’ll have a fantastic day out.”

There will be some changes this year to the layout of the County Show to make it a better experience for everyone including the trade stands and visitors.

There will be several smaller rings as was the case in the 2021 members only show.

To enable a much larger public viewing area it has also been decided to remove all marquees and trade stands from the immediate main ringside.

This year there will also be a new open air ‘street food’ area. To enable a smooth transition, it is recommended that all trade and catering stands secure their pitches as soon as possible by visiting www.pembsshow.org or ringing 01437 764 331.

Sponsorship and Pembrokeshire County Show have been a successful combination for the last 45 years.

Sponsors have enjoyed promoting their businesses through the varied mediums of banners, announcements, show rings, buildings, equine and livestock classes and championships over the years.

Tickets for society members and the public will go on sale in the near future. Visit www.pembsshow.org for up-to-date details of this year’s event. You can also follow Pembrokeshire County Show on Facebook, Twitter or Instagram. 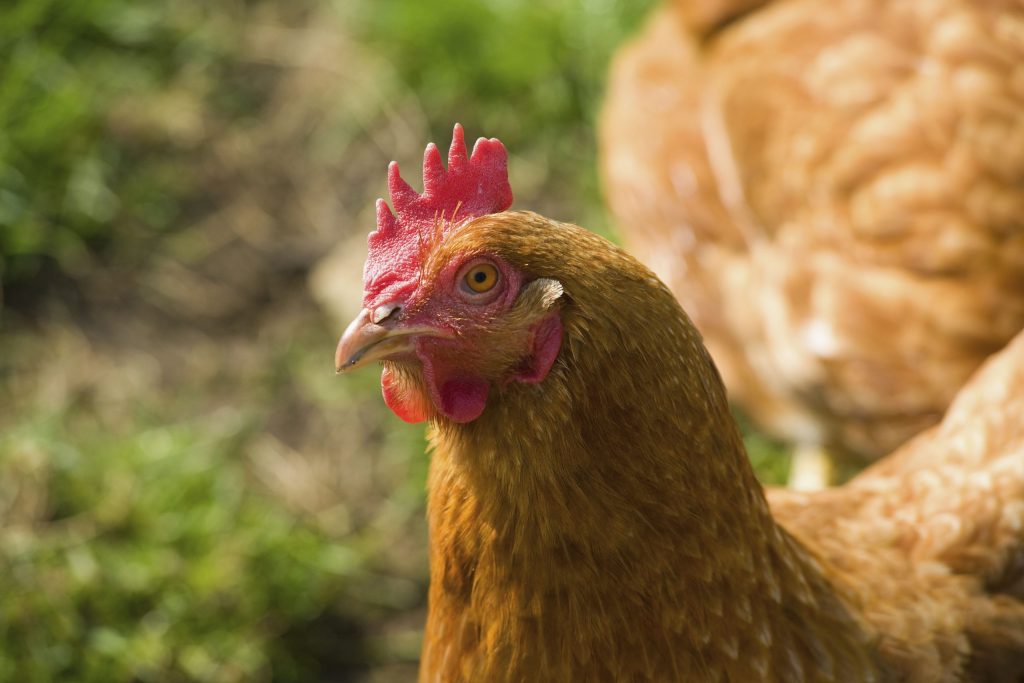 A WELSH study has refocused attention on strategies for reducing ammonia emissions in the poultry sector, with farmers urged to adopt measures including good ventilation and litter and manure management protocols to lower levels.

A three-year European Innovation Partnership (EIP) Wales trial on two broiler farms looked specifically at the role additives may have in reducing emissions by improving gut health and flock performance.

The study produced no evidence that these were effective for this purpose – similar levels of ammonia were recorded in the control and treatment houses.

But project manager Jason Gittins, technical director for livestock at ADAS, says there are a number of other measures that farmers can put in place to tackle emissions.

Ammonia is a component of urea, which is excreted in poultry faeces; when that manure is exposed to air and to moisture, the gas is released.

Agriculture is a major source of ammonia, accounting for 87% of UK emissions in 2019; of this, 14% came from poultry production.

Here, he gives his advice on how poultry farmers can reduce those emissions.

Poorly ventilated sheds will result in wet litter, which allows more ammonia to be released into the air. The use of effective ventilation to optimise the in-house environment, and preventing condensation can increase litter dry matter content and so reduce ammonia emissions.

“As a result, litter condition is often drier, which makes conditions less favourable for the production of ammonia,’’ he points out.

These systems typically pass exhaust air from the house through a liquid to capture the ammonia; the air released to the atmosphere then has a lower ammonia content. Mr Gittins says reports have indicated that reductions in ammonia emissions of around 80% are possible using scrubbing systems, but the capital and operating costs are high.

Diets should be formulated based on amino acid requirements, rather than crude protein, Mr Gittins advises.

“Diet formulation should change throughout the flock cycle to ensure that the nutrient supply is closely matched to the birds’ ammonia acid and other nutrient requirements.’’

Manures should be contained in covered stores on impermeable surfaces. If field heaps are used, the surface area should be as small as possible: ‘A’ shaped, as this will reduce emissions, says Mr Gittins.

“A key issue is that wet poultry manure and litter can lead to higher emissions of ammonia and so the priority is to keep them as dry as possible, both during housing and afterwards.

“This can also increase its value per tonne as a fertiliser and reduce haulage costs and odour risks.’’

“This should include avoiding spreading during frost, snow and heavy rain and taking account of soil conditions at the time.

In free-range egg production, the move to multi-tier systems, rather than single-tier, is consistent with reducing ammonia, because of belt clean-out and frequent manure removal.

Keeping litter dry is key to reducing ammonia levels. Drinkers should be managed to prevent spillages – any leaks need to be identified and quickly resolved.

Keeping the health status of birds high will help to maintain litter in a drier condition. 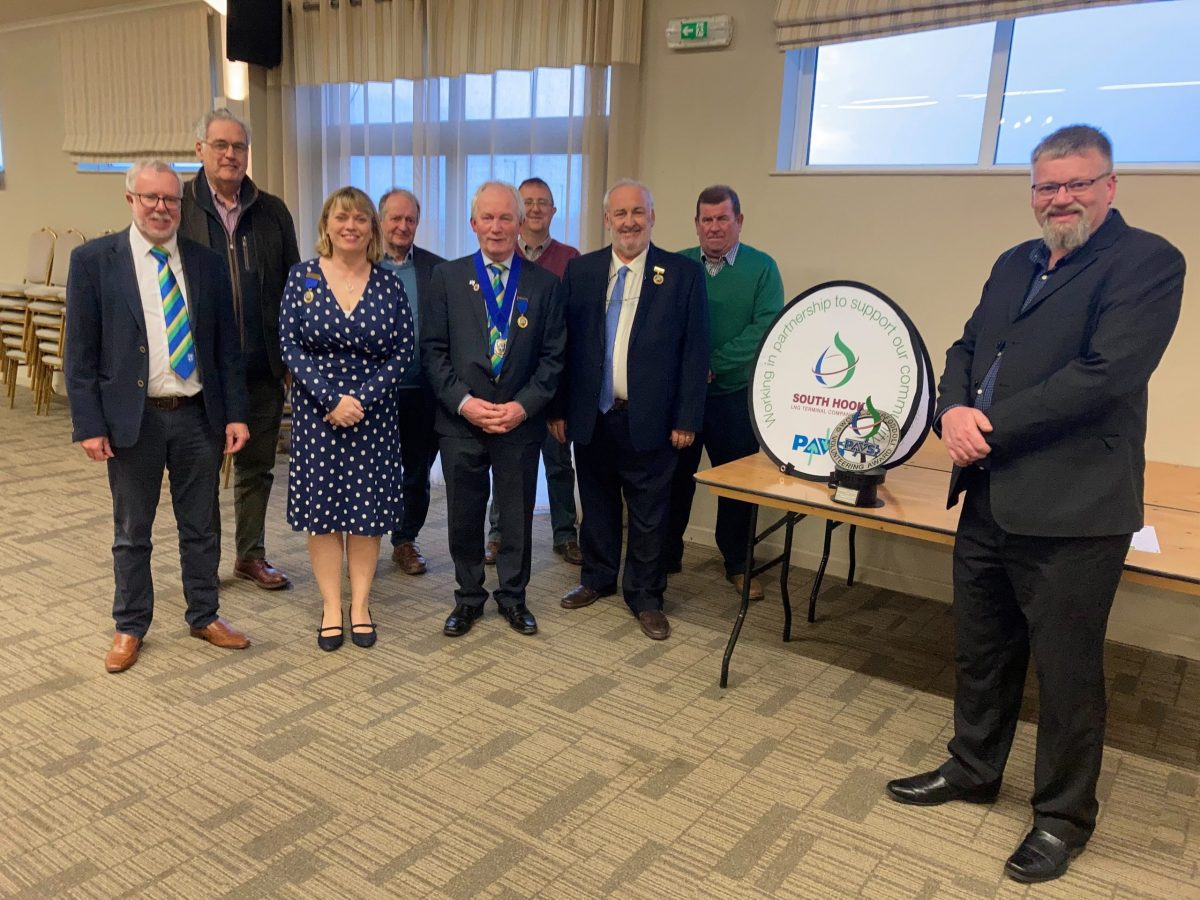 PEMBROKESHIRE Agricultural Society’s Board of Trustees were delighted to receive an award from PAVS (Pembrokeshire Association of Voluntary Services) recently for their determination to hold the county show last year.

PAVS formally presented the Trustee Award from the 2021 Pembrokeshire Volunteering Awards to the category winners, Pembrokeshire Agricultural Society, at the Society’s recent AGM.

The award judges were astounded by the determination of Pembrokeshire Agricultural Society’s Board of Trustees to put on last year’s two-day county show in incredibly challenging circumstances in order to give members of the rural community the chance to come together and showcase their animals.

The judges also noted how the Pembrokeshire Agricultural Society had ensured that support for farmers and their families was available through the presence of various charities who work to provide services for the rural community.

Lee Hind, Pembrokeshire Community Hub Manager, presented the award which was supported by South Hook LNG. He said, “Congratulations to Pembrokeshire Agricultural Society on winning this well-deserved award. As well as your determination to put on the two-day show last year the judges were particularly impressed by your innovative partnership with Connecting Realities which saw the event filmed and live streamed into care homes via YouTube, allowing access to those who were unable to leave their homes.”

Mike Davies, Chairman of Pembrokeshire Agricultural Society’s Board of Trustees said, “We are delighted that our efforts have been recognised by the judges who felt we were worthy winners of the Trustee Award. We have had to rely on the goodwill of our volunteers during the past two years and they have worked hard so the county showground can come back stronger in the future.”